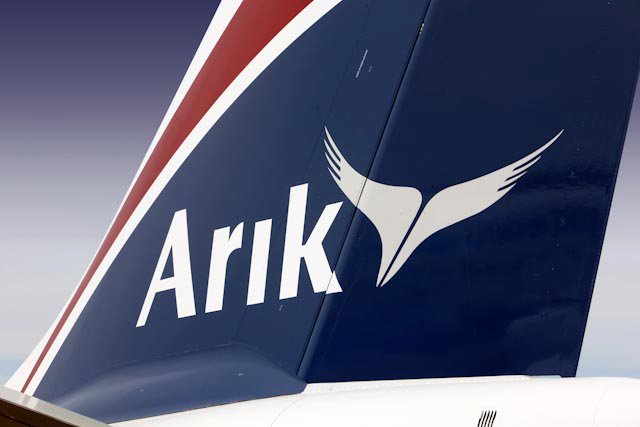 Well, you may not need more than 100 reasons to boycott what has notoriously become Nigeria’s worst airline, ArikAir. In the last couple of years, I have gone from admiring the African success story of Arik Air by flipping through the pages of the Wings inflight magazine and reading the CEO’s introduction (and well, occasionally being featured in it), to totally avoiding flying Arik when I can, due to past experiences – flying from Accra to Lagos, as well as travelling to the UK with them.

Last weekend, I decided last minute to go to Lagos for the Miss Kanekalon finals. On Friday, I looked for flight on Africa World Airlines (AWA), which is now the preferred choice for anyone who wants to travel between Lagos and Accra without incident. Unfortunately there were no available flights on AWA on Friday so I was ‘left to my fate’ with the dreaded Arik and true to form, they didn’t disappoint in making my trip hell.

After rushing to pay for the flight (at a rather expensive rate) I got to the airport only to find out from the counter that the 6pm flight had been delayed to 8.45pm. I checked in and headed to one of the restaurants at the airport to eat, so I wouldn’t stay hungry while I waited.

After eating I moved to the boarding gate area to wait for the flight. A frustrated passenger was speaking to friend on phone, lamenting about how he had been waiting at the airport after his flight was supposed to leave at 6pm. Yes, he as well as many others didn’t know that the flight had been delayed because Arik doesn’t often have the courtesy to even inform passengers when such things happen. The least said about apologies, the better. In fact I only found out the flight had been delayed because during check in, I overheard one of the staff one phone talking about the delay, and I went ahead to inquire more.

Anyway I told the frustrated passenger after he had completed his phone call that our flight had been delayed for 2 hours, just as I had found out at the counter. This now opened the floodgate for other passengers around to start sharing their terrible experiences with Arik. And yes there were many terrible experiences to share.

A little after 8pm, it was announced that an Arik flight had arrived from Abuja. With a sigh of relief, we headed to the main boarding gate once boarding was announced. But soon those of us on the 6pm flight found out that in fact the flight was not meant for us, but rather passengers who were scheduled to fly at 2pm.

With agitation and frustration, those on the 2pm flight boarded while some passengers on the 6pm flight fought and forced their way onto the flight. We then went back to waiting and wondering if there would be another flight for us since the remaining passengers were less than 50.

Some minutes later, some ground staff came back to ask for some of the remaining passengers to now join the flight. About 16 of us got on the bus and made our way to the plane. However not everyone got space onboard. Those who couldn’t find space were taken back to join the rest at the boarding gate, with the excuse that another flight would come for them.

Since the flight was full, I was put in business class and I used that to console myself from the stress, because we were served with some delicious light food, and well I love food!

Poor @flyarikair staff must be a tuff job

My return flight on Sunday was scheduled for 5pm so I got to the airport by 4pm to check in. Again, I was told that the flight had been delayed till 8pm. After checking in I wanted to go back to town to meet a friend but I was out of data and since the airport didn’t have free Wi-Fi, I couldn’t inform my friend that I could now meet her up since my flight was delayed. So I ended up staying.

Soon the delayed flight for 8pm turned to 9pm when we decided to ask around for answers. 9pm then turned to 10pm. All this while there was no official communication and every piece of hope we got about flying, we got by asking any Arik staff we could find. At this point there were two separate flights to Accra that had not left; our 5pm flight and the original flight scheduled for 8:30pm. Eventually around 11pm, every hope was dashed when the ‘flight manager’ came to say that the Accra flight had been cancelled. The cancellation also affected the flight to Banjul/Dakar.

The news of the cancellation got passengers furious, as they had been waiting for hours only to be told the flight was cancelled. We were told that we would be able to fly on Monday morning at 7am. Some passengers started demanded for a refund, while others demanded to be lodged in a hotel for the morning flight.

They promised to follow ‘standard procedure’ and lodge us in a hotel but passengers who knew Arik’s history knew too well that was a lie, and it turned out to be a sham. I wanted to check into my own hotel but one Arik staff who confided in me promised me it would be better to stay in the hotel they were going to put us into, so that making the morning flight would be easier and more coordinated…and I fell for it, silly me!

After going back and forth for over an hour, we heard that some Arik buses had been parked outside heading to the hotel. So some of us coyly made our way into the bus at around 2am. When the buses were full we were told that for the Accra flight, the buses would return to pick us up by 4.30 am to the airport. So at least we could sleep for some two hours and freshen up in the morning for the flight…at least that was what I thought!

After roaming from one hotel to the other, we returned to the airport with only business class passengers and those on the Banjul/Dakar flight getting to stay in the hotel rooms. The Banjul/Dakar flight had been scheduled for Wednesday so they became priority, and of course the business class people too. In fact in one hotel, it appeared that the management didn’t even want to see us because Arik Air owed them money.

So the rest of us returned to the airport almost around 4am to join those who were already sleeping on the floor, tables and chairs. Of course I couldn’t sleep so I was up till boarding for the morning flight begun. Thankfully, after spending over 16 hours at the airport with no sleep, we finally took off to Accra.

WHAT PEOPLE HAVE TO SAY ABOUT ARIK AIR

Now look at the time we are finally leaving the airport!! Its 12:52 am… This is crazy!!! Arik air is shit!!!! They messed my business up today, lost alot..

Through the ordeal here are some quick things to consider when you want to book a flight with Arik Air.

Currently the Accra-Lagos-Accra route has two to three daily flights on weekdays and weekend; morning, afternoon and evening. But from my own experience and that of others, Arik clearly doesn’t have enough airplanes to manage all these flights. And instead of doing want they can manage, they hide under the pretense of being Nigeria’s biggest airline to deceive and frustrate passengers.

Arik customer service is terrible. They feel as if they don’t owe passengers the responsibility for a smooth travel. They are not honest, and you will be lucky for them to communicate flight challenges to you without you asking. And don’t even bother, they don’t owe you any apologies or compensations when they fail to give you the journey you paid for. They only care about taking your money, but wont give you your money’s worth.

Although the staff at the airport received the brunt of our anger and frustration, to the larger extent the problem ofArik is one of bad management. I heard a lot of stories within the 16 hours or so of waiting at the airport, about Arikowing partners for services including fuel, landing fees and more but I am not even interested in those things.

As an airline bounded by certain industry practices such as lodging passengers after cancelling flights, a serious airline between 5 pm and 11pm would have at least looked at a ‘Plan B’, that is finding accommodation on standby for passengers. It is totally unacceptable for the Arik staff to tell worn-out and frustrated passengers around 12-midnight that a request has been made for accommodation, waiting for approval from management. Utter nonsense!

The guise of safety

When you check the social media pages of Arik Air, you will find that they often place their ineptitudes under safety, and in fact brag about being leaders when it comes to safety. Yes, safety is always paramount and I’d rather have my flight cancelled than to fly in a faulty plane. But if an airline identifies a fault on a plane that is meant to take off at 5pm and delays it to 8pm in order to allow it ‘salvage the situation’, waiting till 11pm to cancel the flight and not find a place to lodge passengers is just inhuman.

The captain on the Monday morning flight claimed that we could not fly on Sunday due to operational challenges, whatever that means. Was it operational challenge due to nonpayment of fuel or airport landing fees? Assuming we couldn’t fly on Sunday because the plane had a fault, that meant Arik knew it but still went ahead to sell tickets that evening. A serious airline would have better contingency plans, but of course Arik is not one.

Yes, there are many alternatives to travelling in or out of Nigeria besides using Arik Air. Talk to your travelling agent to plan your trip so you know which airlines ply the routes you are travelling to. There are flights between Accra and Lagos/Abuja on Air Peace, Med-View and of course Africa World Airline.

Even if you have to pay extra to travel from Lagos to Abidjan to Lome before coming to Accra, there is a 90 per cent chance that you will enjoy that flight and have a better experience than using Arik Air.

A layman’s advice to Arik Air

Please do what you have the resources and capability of managing. If you can conveniently do only one or two daily flights on say the Accra-Lagos-Accra route then do just that. There is no need pretending you have an afternoon and evening flight when you only can do one and inconvenience passengers in the process without compensation. Stop living a lie and let customers matter to your business!

NEWS CLIPPINGS OF EXAMPLES OF TERRIBLE EXPERIENCES WITH ARIK AIR