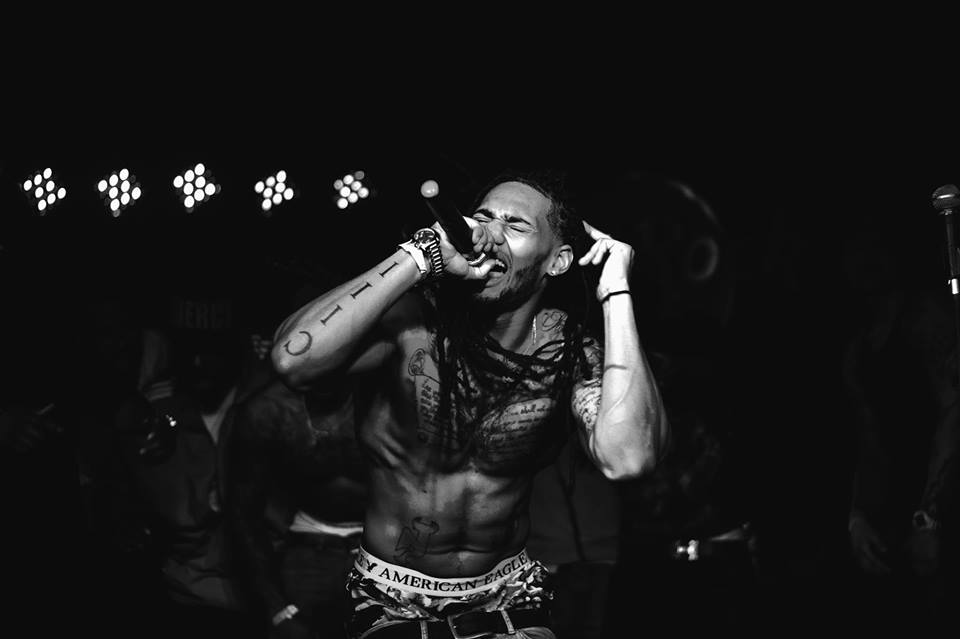 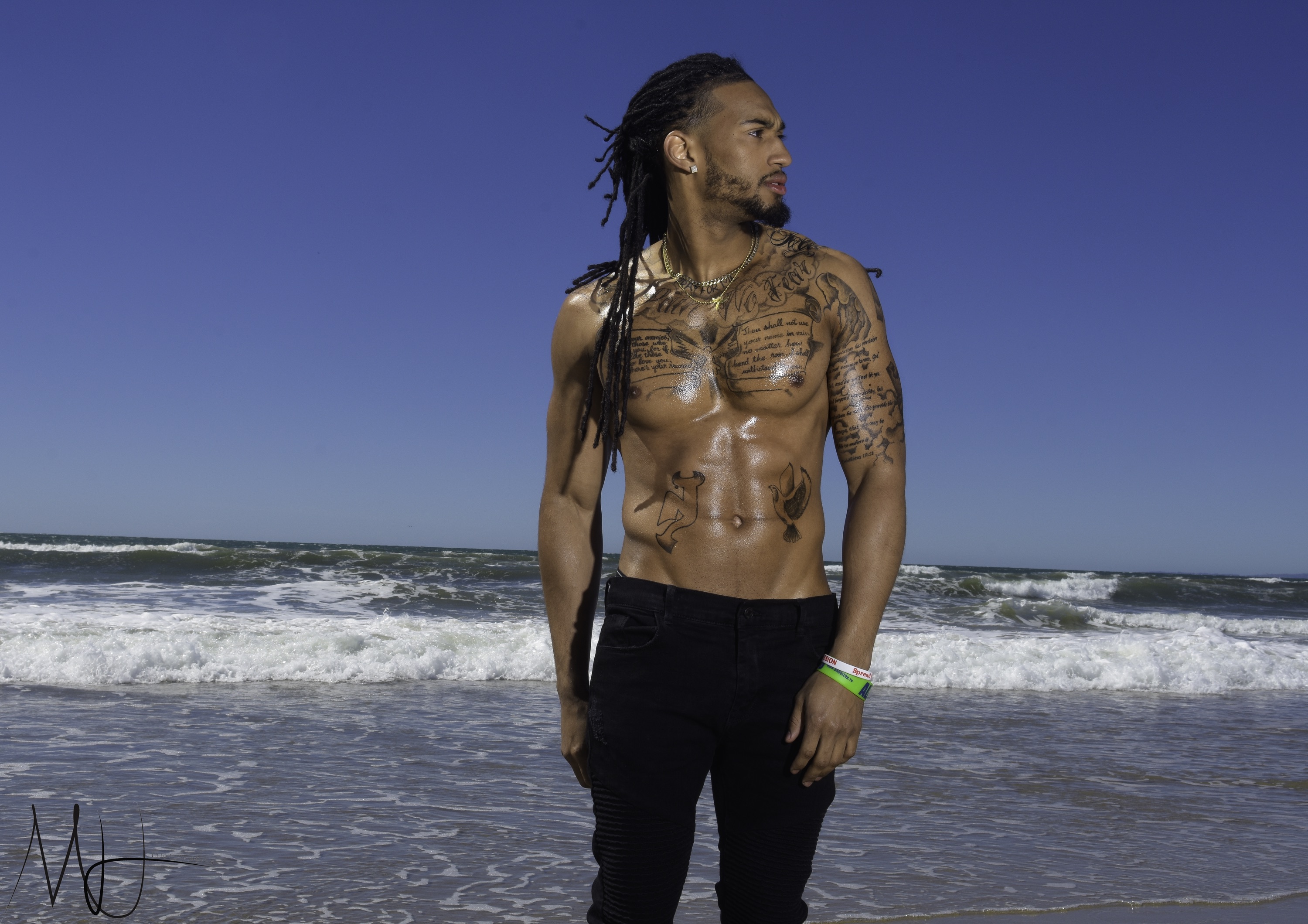 New Jersey native, Rico Hundo has been busy creating a buzz along the east coast. Born in Perth Amboy, Rico’s inspiration for music comes from growing up watching his mother support her two children.

Rico’s first single “Bad Habits” was an instant success generating thousands upon thousands of plays. Music is only one part of Hundo’s success. He is well known for being a fitness guru, as well as a fitness model. He is apart of a collective “#MashEverything” music which is founded on the basis of working hard and taking care of yourself as well as the people around you. He has also partnered up with Fame Hundo to create their own sector “#HundoGang.”

Rico has been spreading his known phrase “Lets Keep It A Hundo” across the United States.

Rico plans to expand the Hundo brand across the U.S. Check out my exclusive interview with Rico Hundo below: 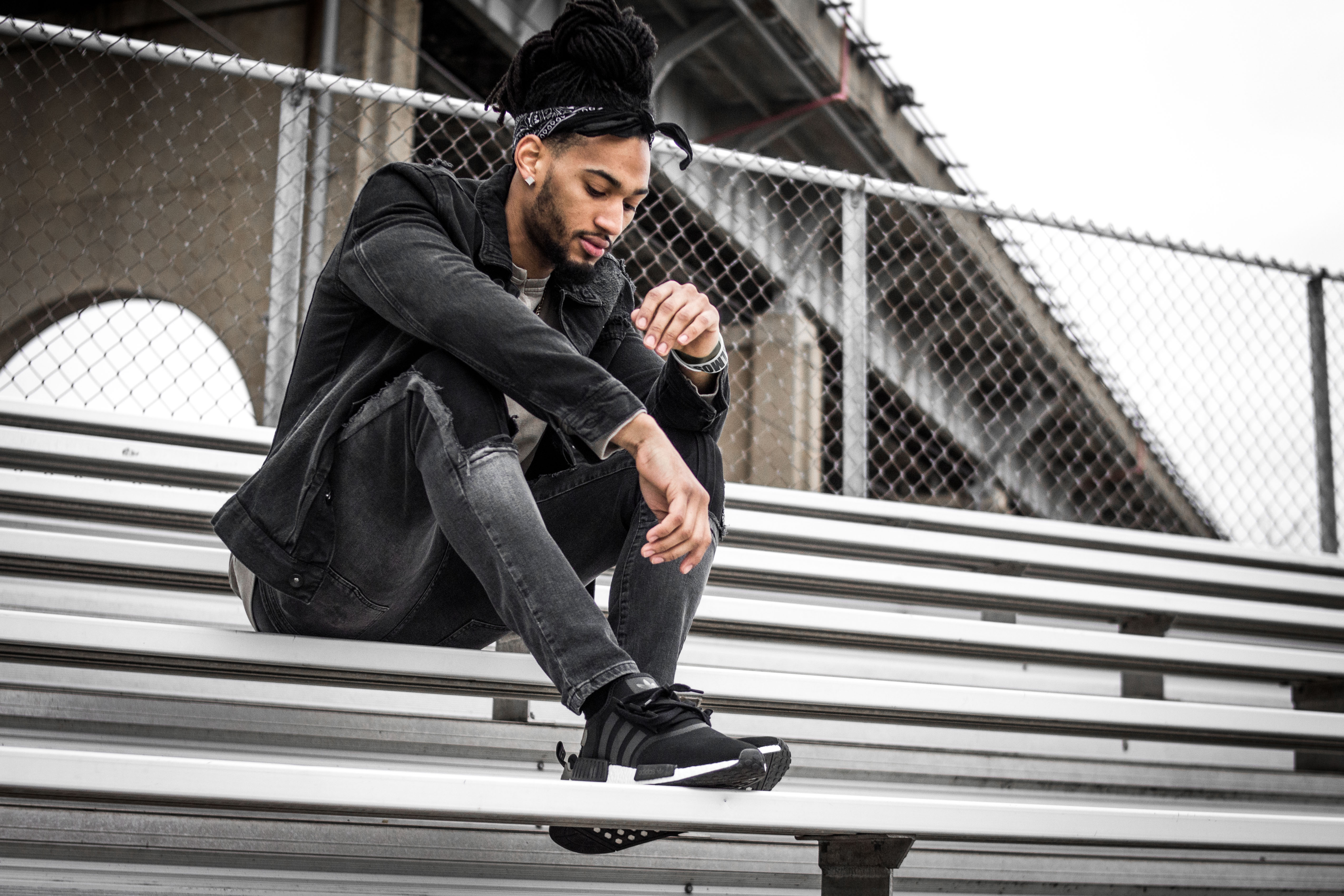 Hey Rico! Would you like to introduce yourself to our readers?
Ayeee, they call me Rico Hundo aka Mr. Make it Happen sike nah just kidding. Hahaha. A little about myself would include, I’m originally from New Jersey in the United States but trying to make it around the world. I’m also the Founder of HundoGang and Co-founder of Royal Kiings. You can follow me on Instagram @rico_hundo or visit my website ricohundo.com for more insight into my music and modeling career. 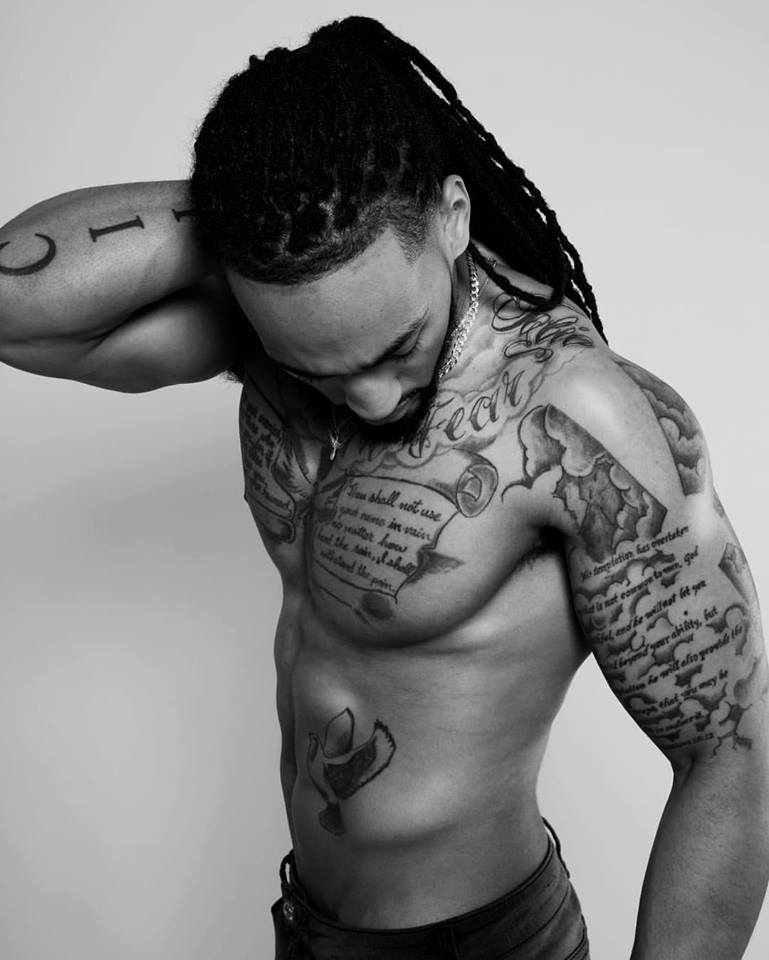 Talk me through an average day in the life of you?
So, my average day is I’m still never home, and sometimes I wish I got the chance to sit down and relax. I am usually at the music studio perfecting my craft, modeling, organizing things for the brand or at the gym working trying to find new ways to be better and stronger. Have to keep the body looking right. 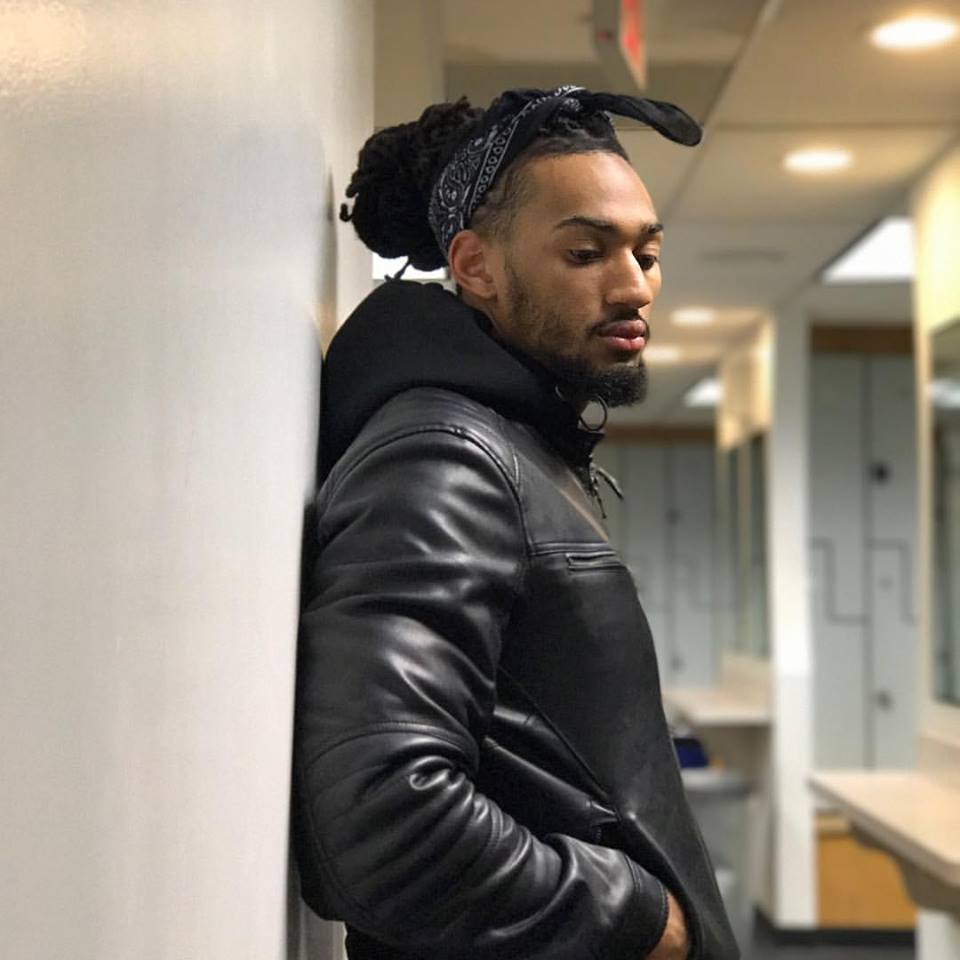 What institution(s) did you attend and what did you study?
I started at a small school in PA called Wilkes University where I played college football, I then transferred to Montclair State. At both schools, I studied Biology where I ultimately decided I would want to become a dentist.

Why the interest in music and how will you describe your type of music?
I was always writing and making music since I was a freshman in high school. It wasn’t until I was a junior in college where I decided to take music serious. I feel as if it was something I couldn’t get away from so I decided to really invest my time and effort into this huge step in my life. My type of music is very authentic. I base my life experiences and current mood in my music. At one moment, I may feel like rapping and another I may feel like singing, I don’t constrict myself in a box. 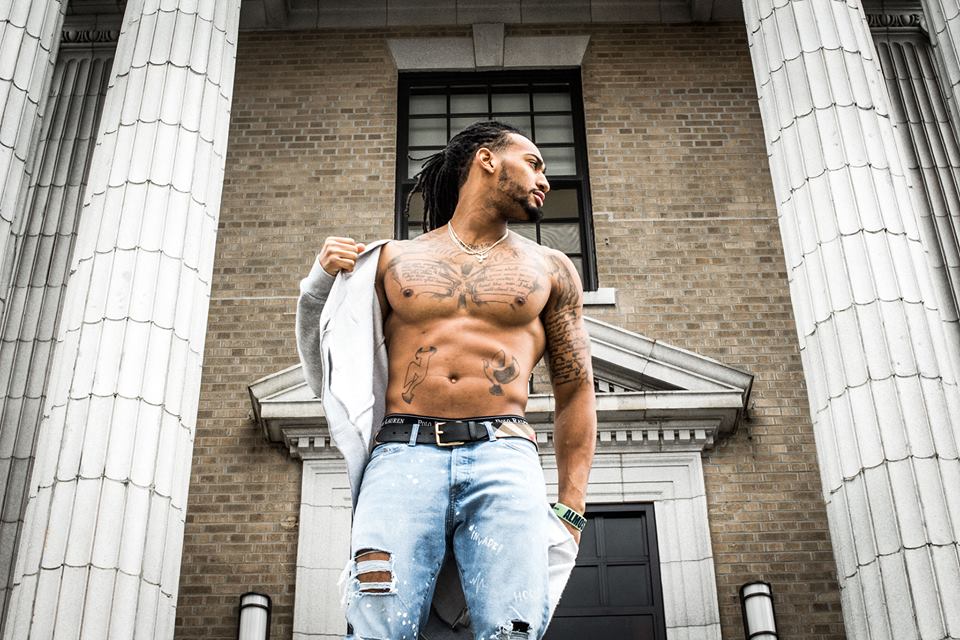 How did you come up with the name “Rico Hundo”?
The Rico part came from when I was younger I didn’t make the best decisions, started when I was hustling. The Hundo part came from always keeping it 100% honest with everyone around me even if it wasn’t what people wanted to hear. I didn’t put the actual word “hundred” because that’s what everyone did and I wanted to keep it different. 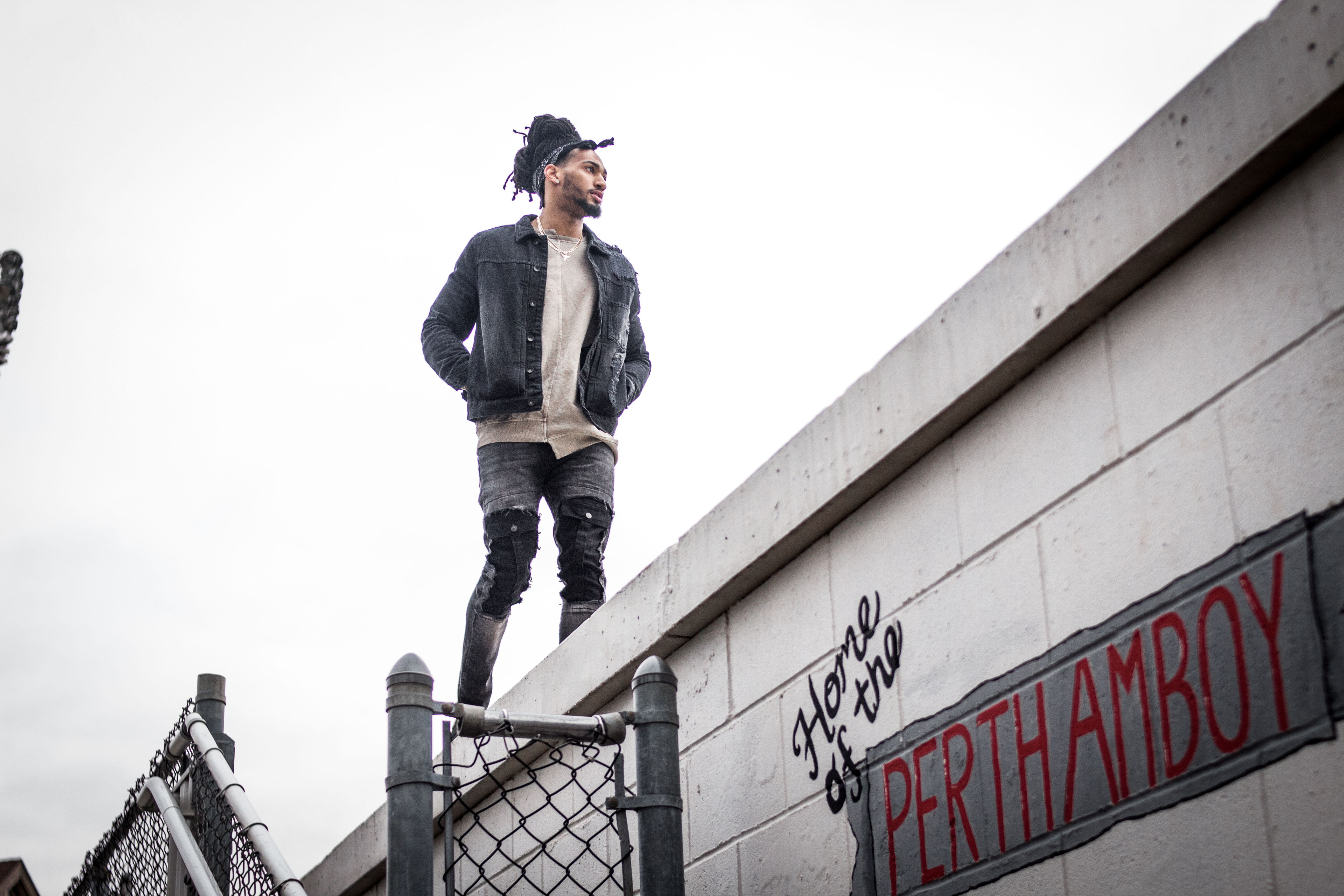 You were raised by a single mother, will you say that has given you a brand-new perspective towards life?
Of course, it was probably the best thing that ever happened to me. It allowed me to go through certain obstacles that not only humbled me but strengthened me. When you witness your loved one struggle it can either make you or break you and I made a decision to let my upbringing make me. 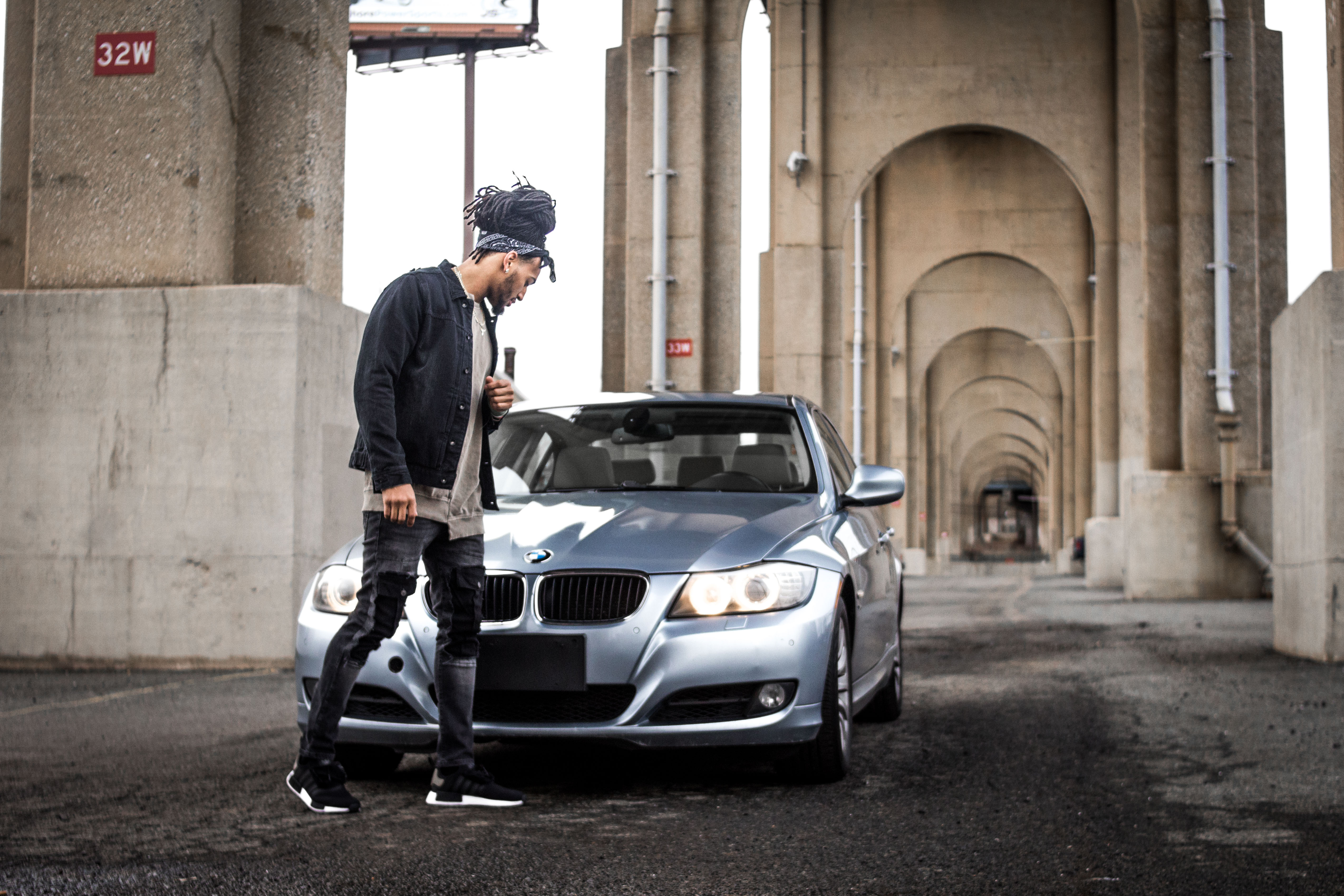 Tell us more about your modelling side, how were you scouted?
A friend of mine knew a clothing designer who was looking for a model and that was the first opportunity I took in that field to open new doors for more possibilities. The attention I’m getting from my music also opened up opportunities with more talented photographers. 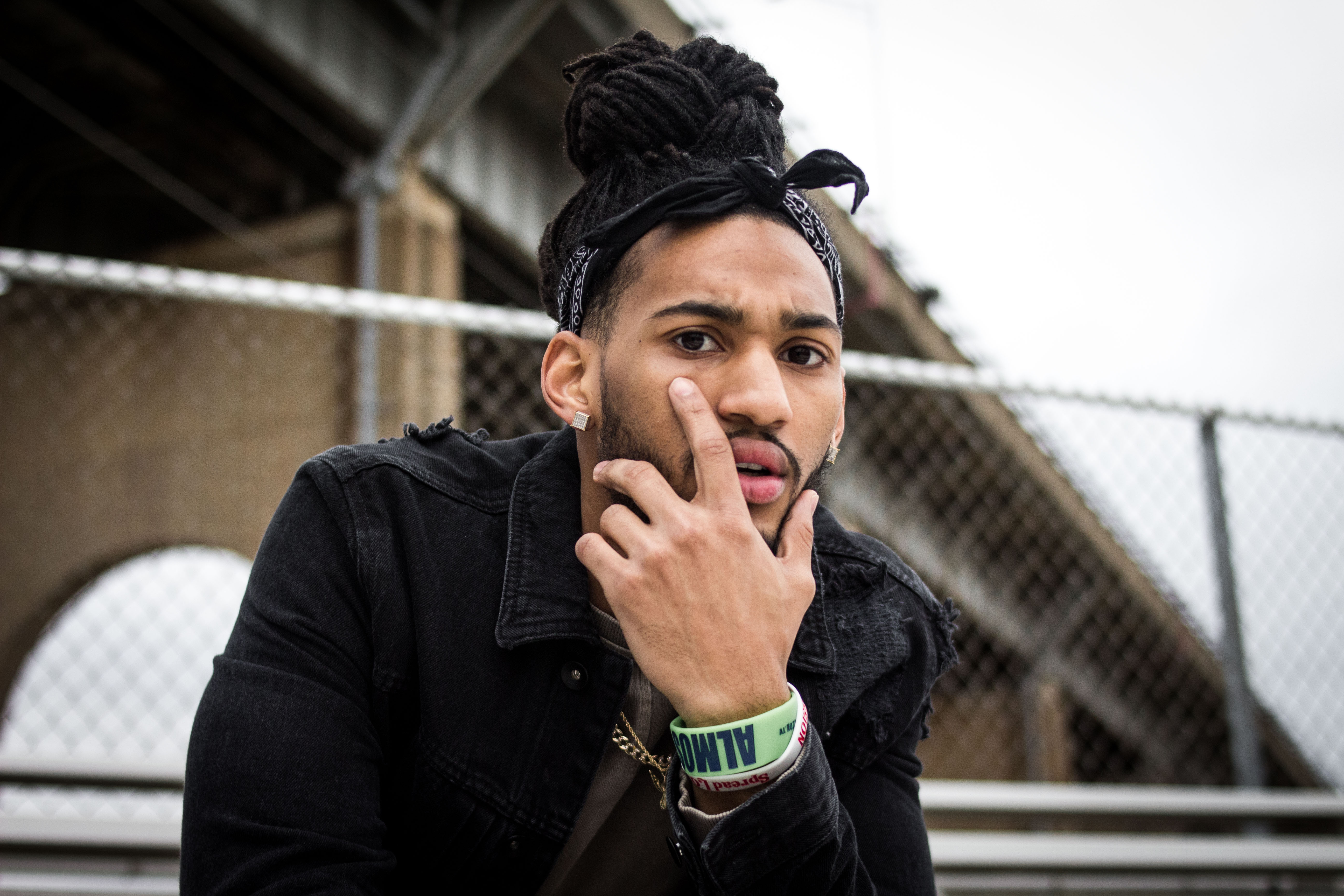 How’s the modelling industry in the United States?
To be honest, I’m still learning and is something that is very hard because you have to constantly progress and do a lot of networking. My first photoshoot was probably the hardest thing I’ve ever had to do, even college football training doesn’t amount to the hard work and dedication it took. You are in the most uncomfortable and award positions and still have to manage to keep it looking professional and good. 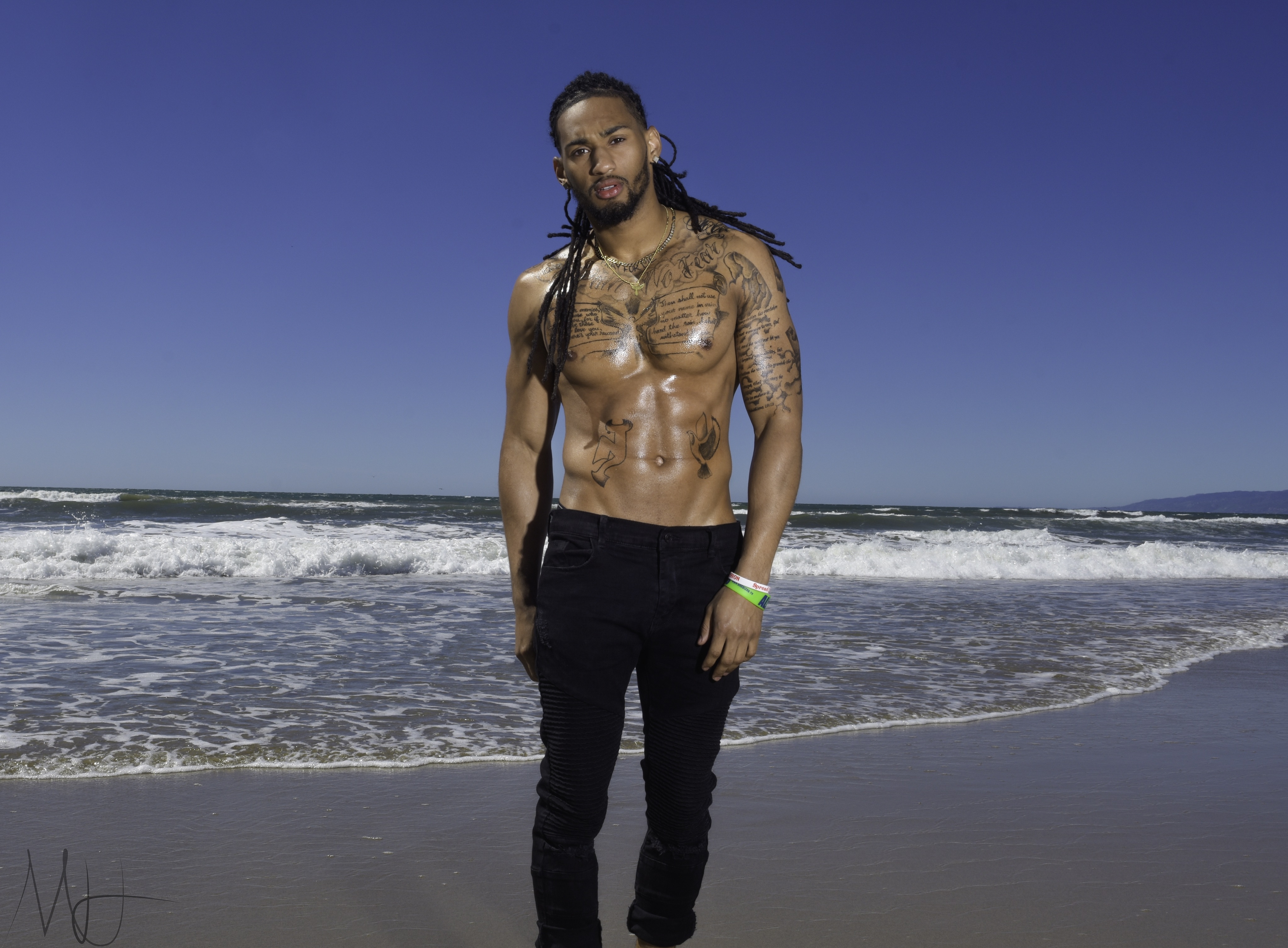 Do you feel the industry is doing alot to encourage upcoming Indie acts?
No, this industry I’ve learned is a big small circle, if that makes any sense. It’s either you’re in the circle and everything becomes easier or you’re out the circle and have to put in a lot of work.

Your previously released two singles “RICKY” and “BAD HABITS” got massive response/ positive reviews from industry watchers and fans. How did that make you feel?
It makes me feel confident and supported. Also, gives me that feeling of satisfaction of knowing all the hard work, money, and time you are putting in isn’t going to waste.

You just recently released a track titled “OUUWEE”. What will you say was the main message behind the song?
OUUWEE I did for fun, it was based off a saying I was saying at the time. I would respond to people with this saying and thought about making it into a song. In the song I also tell a story of myself and my upbringings. 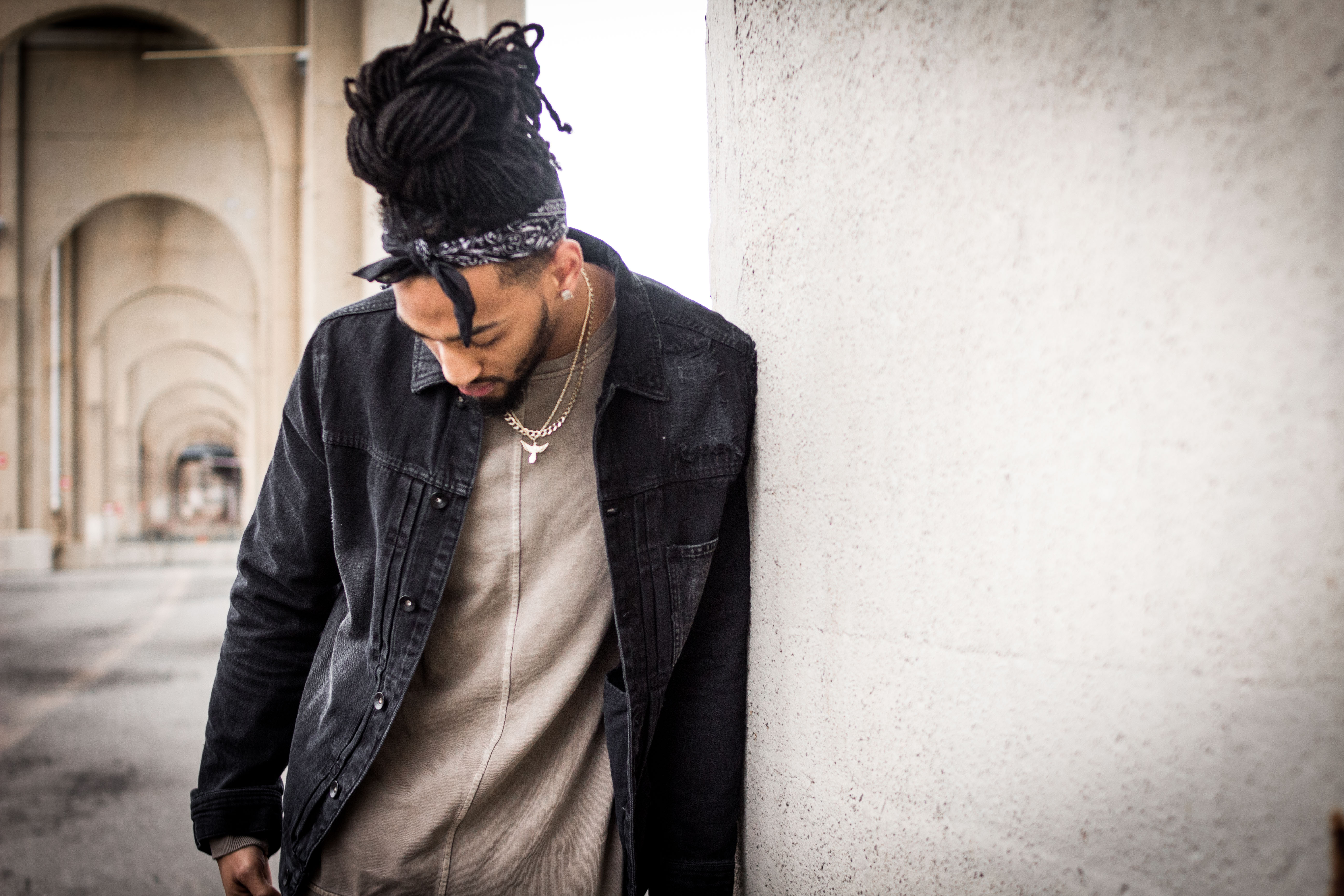 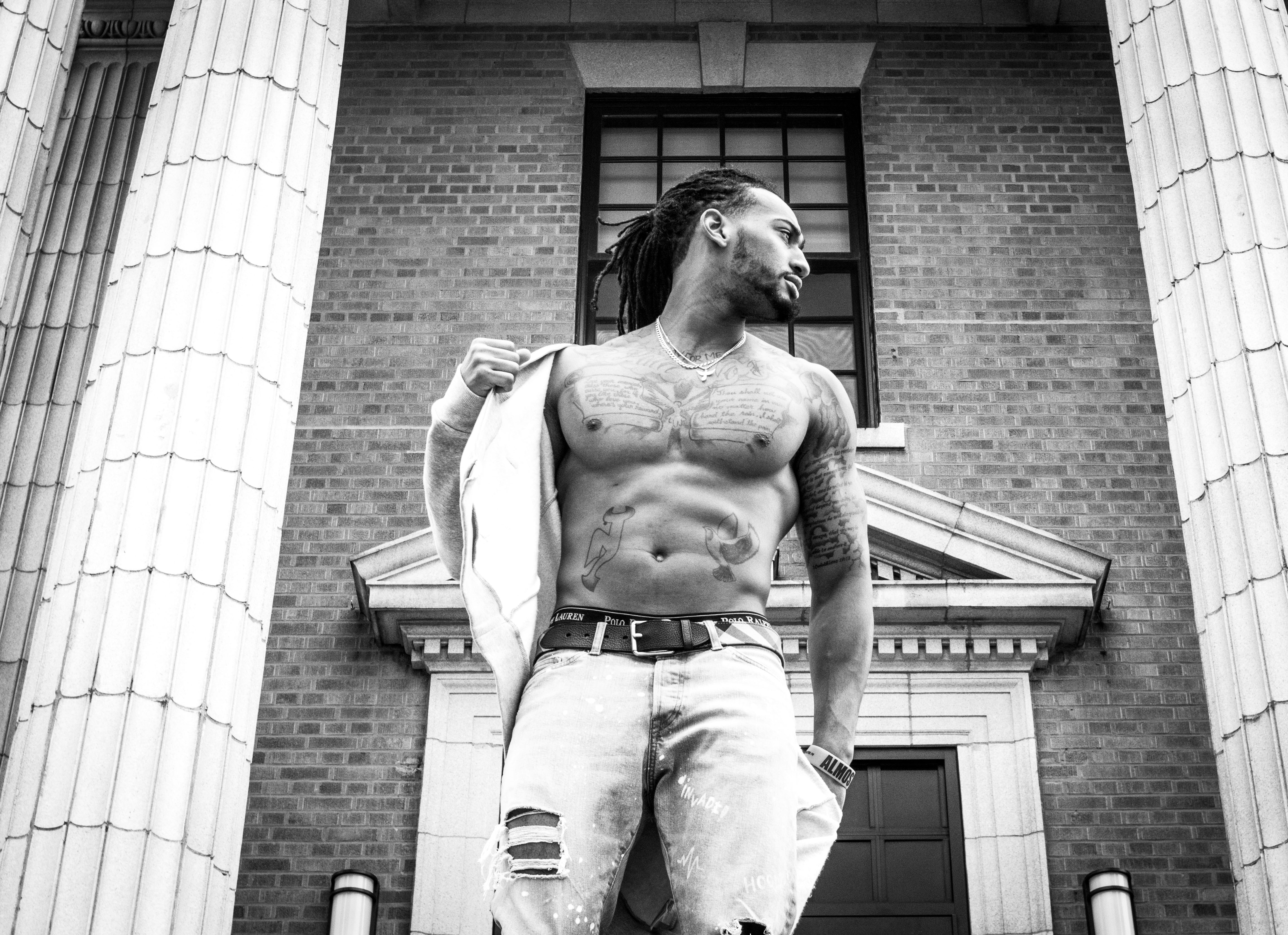 How often do you go to the gym and how many hours do you spend while you there?
That’s a funny question. That’s like asking Michael Jordan how many hours did he practice in the courts…There is no time limit it just depends on how long it takes me to finish a workout I had planned. It could be 1 hour, 2 hours, less than or more. I typically go about 6 days a week for about 2-4 hours. 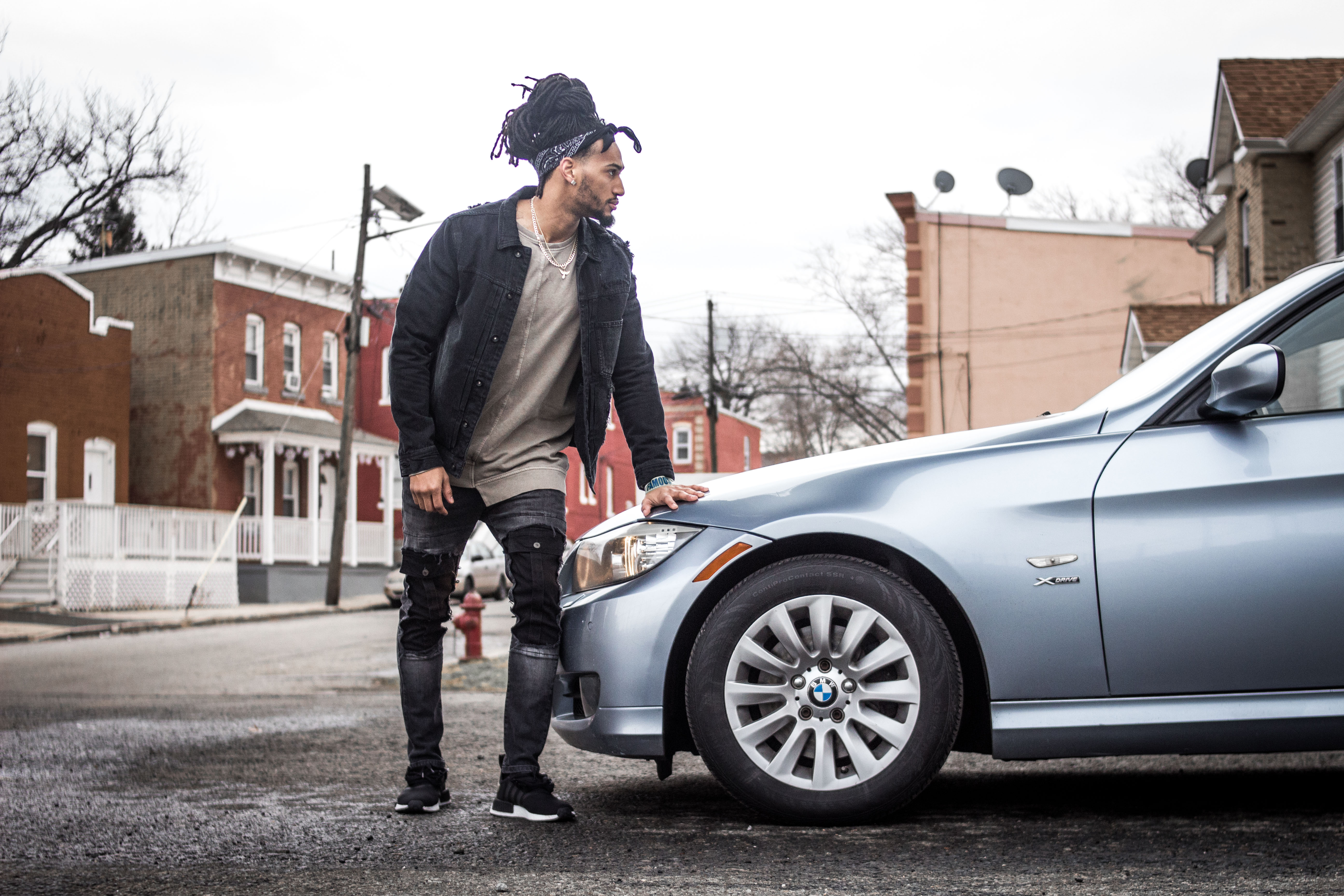 What’s your 5 Dos and Don’t when it comes to modelling?
Do’s:
1. Be confident, because sometimes task can be difficult
2. Be focused
3. Be authentic, eyes in a picture can identify authenticity of photo
4. Have fun
5. Be creative

Don’t:
1. Don’t waste time
2. Don’t be scared to say no because certain things may get uncomfortable
3. Don’t be closed minded
4. These are probably the ones I can think of right now since I don’t focus on what not to do but what to do. 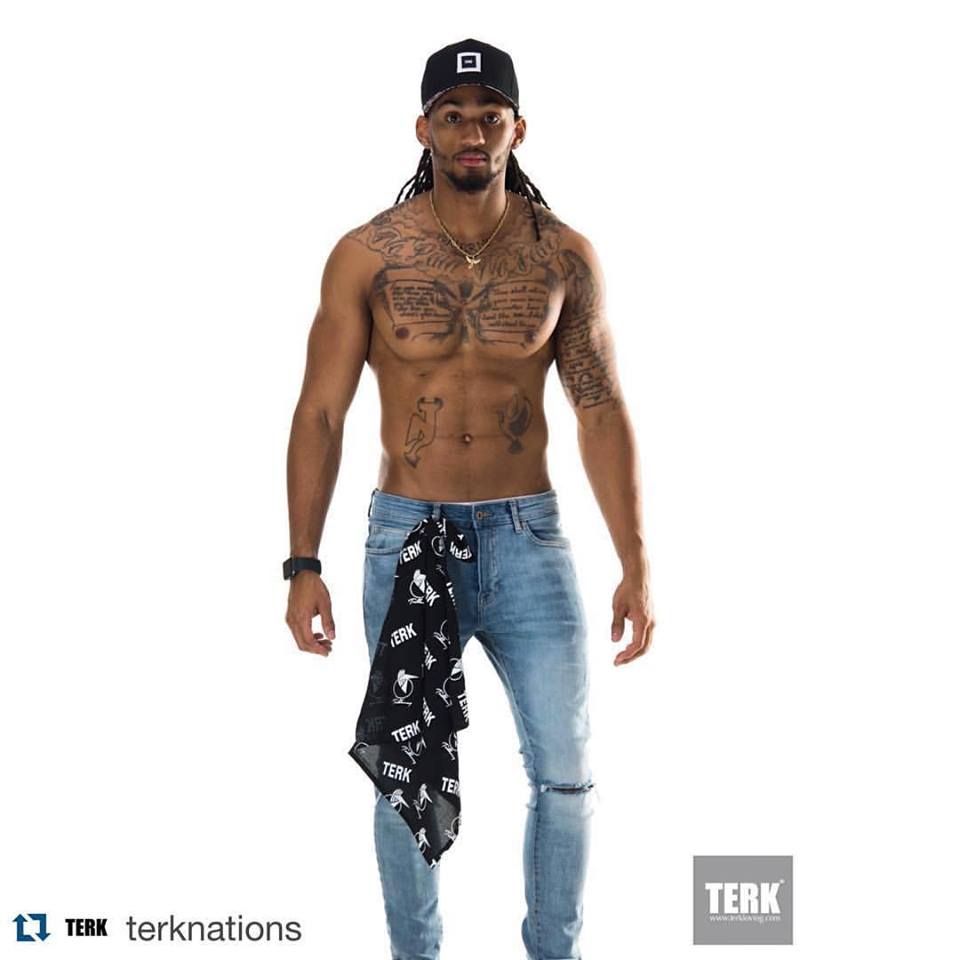 You were once the face of “TERK clothing” brand, tell us how you got the deal?
The first shoot I did with them was from a recommendation and it turned out to be a huge success so they wanted to continue working  with me.

What would you say is the main misconception the public have about models?
Some people take a photo too serious, and they believe that photo dictates that persons personality. 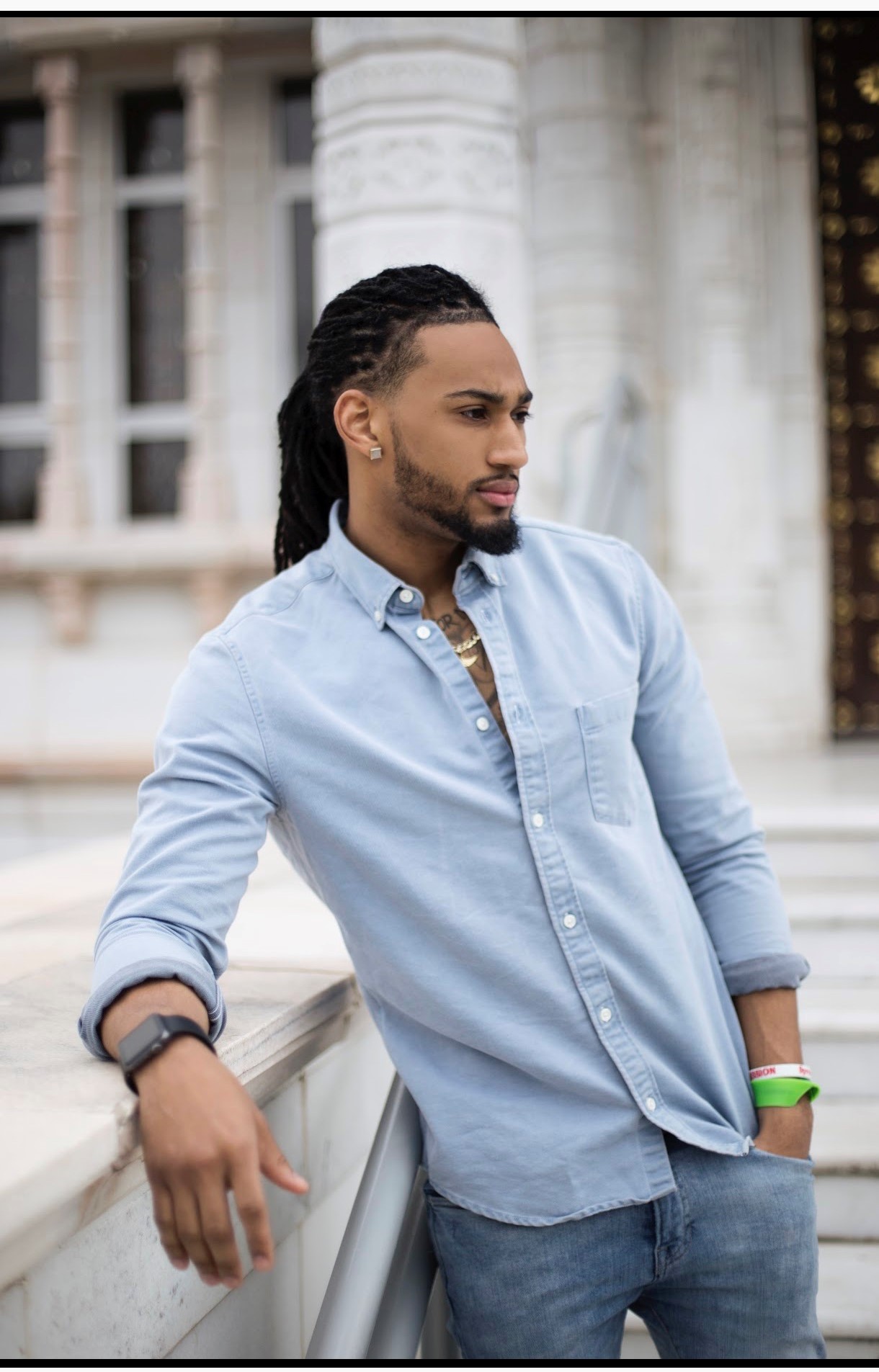 What aspect surprised you the most once you started as an artiste?
How much work actually goes into one record. I never realized from an engineering standpoint how important that was and now I appreciate music so much more.

Which brands, producers, directors, clients, photographers, models and musicians have you worked with?
Brands I have worked with consist of TERK and Hooligan. Producers I’ve worked with are Shyboogz, known to have worked with Fetty Wop. Modeled for Cardi B and Justina Valentine, the list goes on and on… 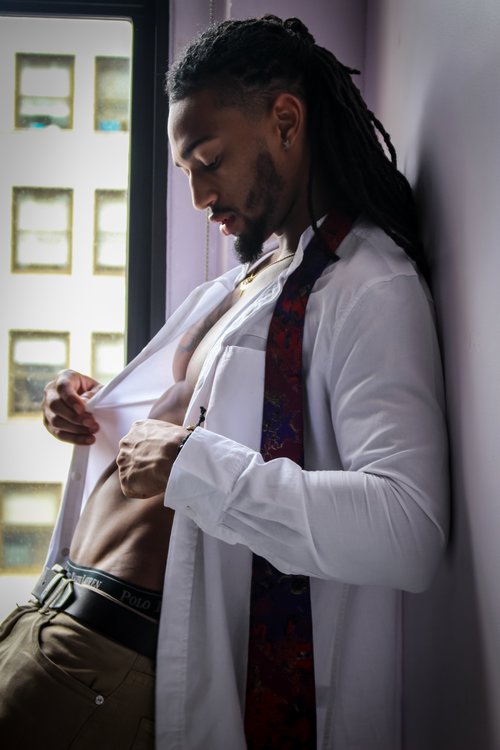 What has been one of the most memorable jobs to work on?
When I modeled for Cardi B’s album cover, it lasted all day and it was a great success along with good vibes. I got to experience a lot of exposure that I did not have yet.

Who do you want to work with that you haven’t yet?
I would like to work with Future, Lil Wayne, Tory Lanez and Meek Mill. 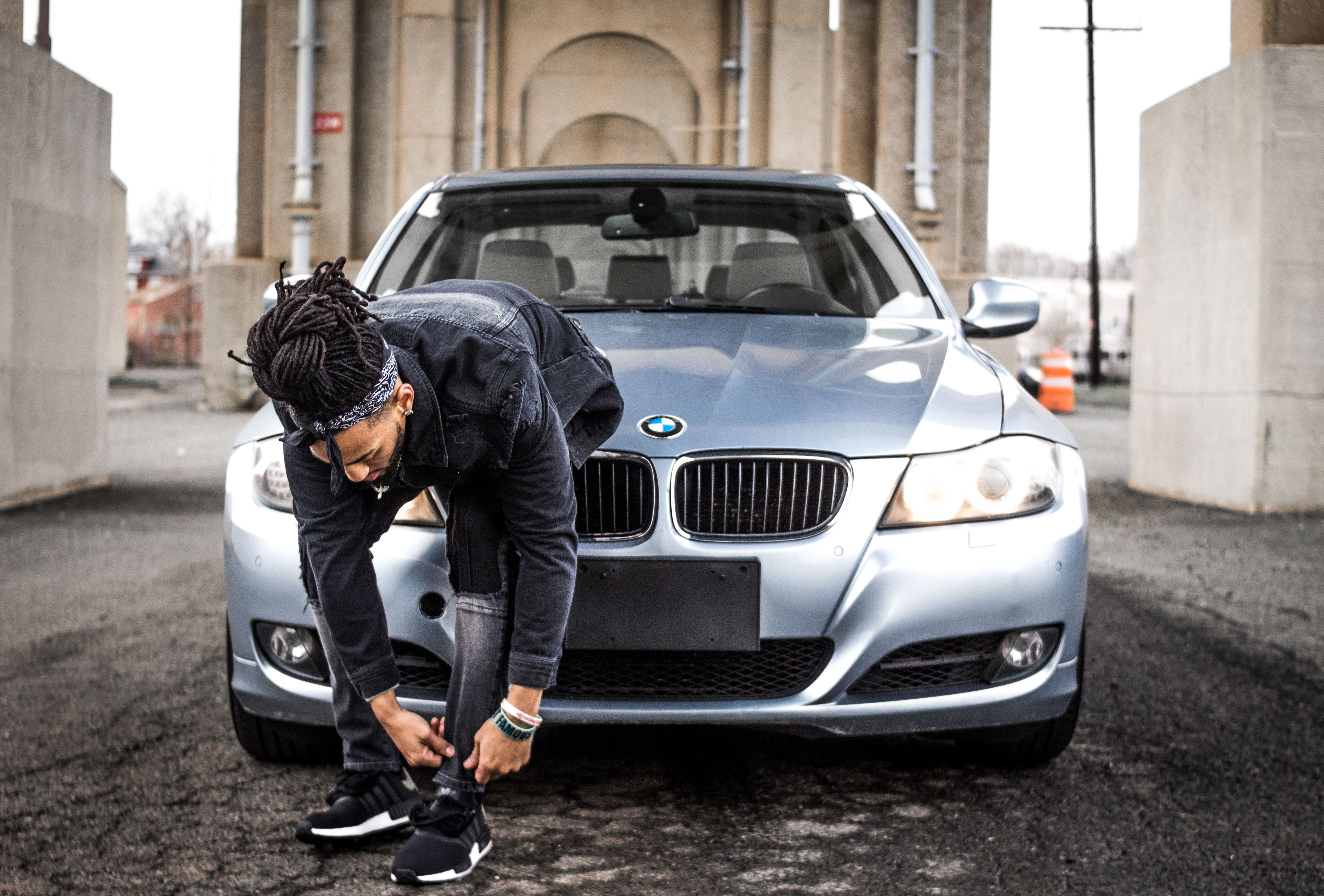 Tell us two things people don’t know about you?
The first ever sport I played was baseball and probably was my best sport and I love candy, junk food, and anything that’s bad for you.

What do you consider your biggest professional success so far?
Making my name and face present to successful people such as Cardi B, Atlantic Records facility, and Justina Valentine. 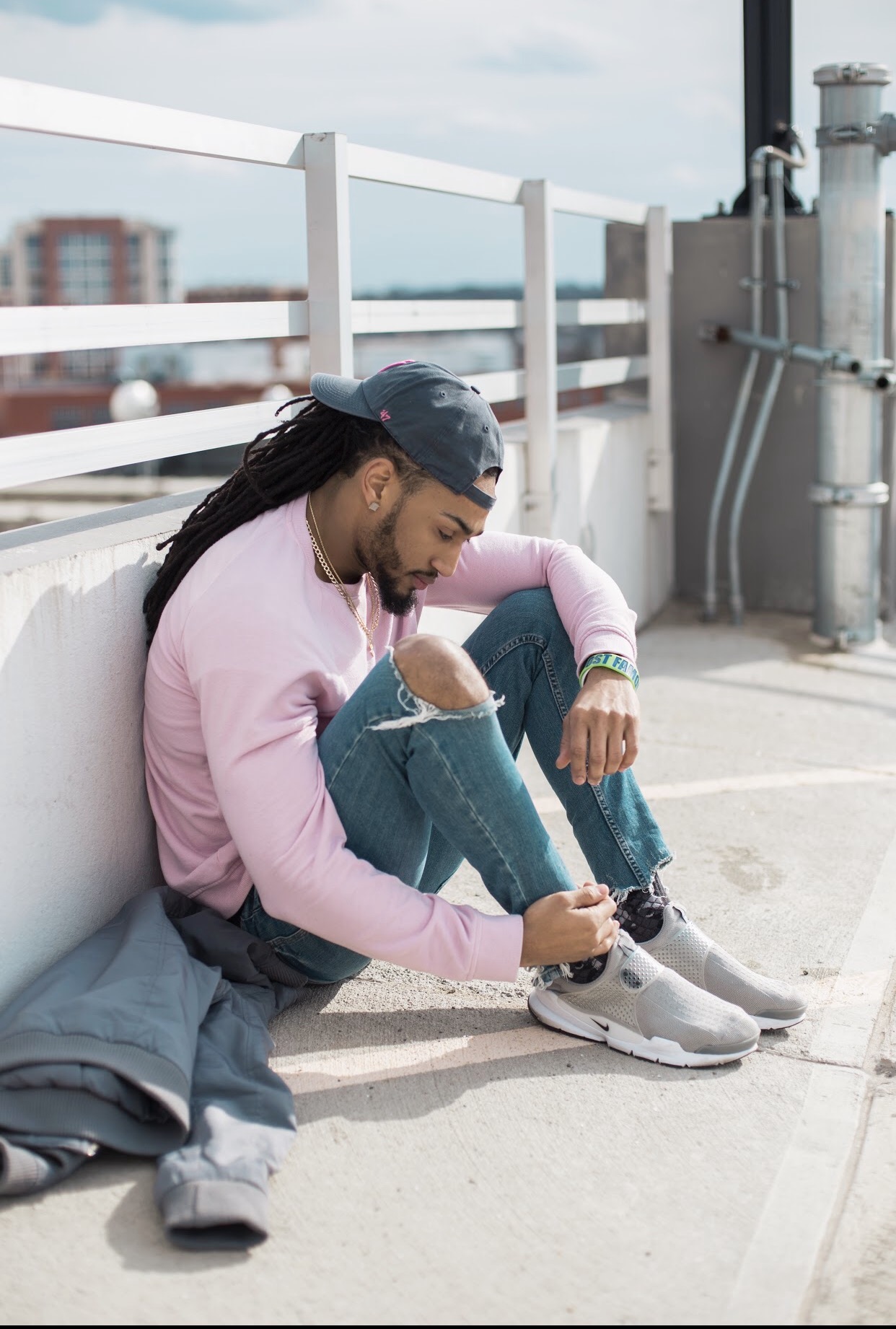 What has been your biggest challenge?
This would probably be balancing music and modeling. I want people to understand I am a music artist first then a model.

You are very active on social media. Do you think its important to be online and if so why?
Yes, because social media has changed the entrepreneurial game and it allows young talented people to know how to become independent successful people. 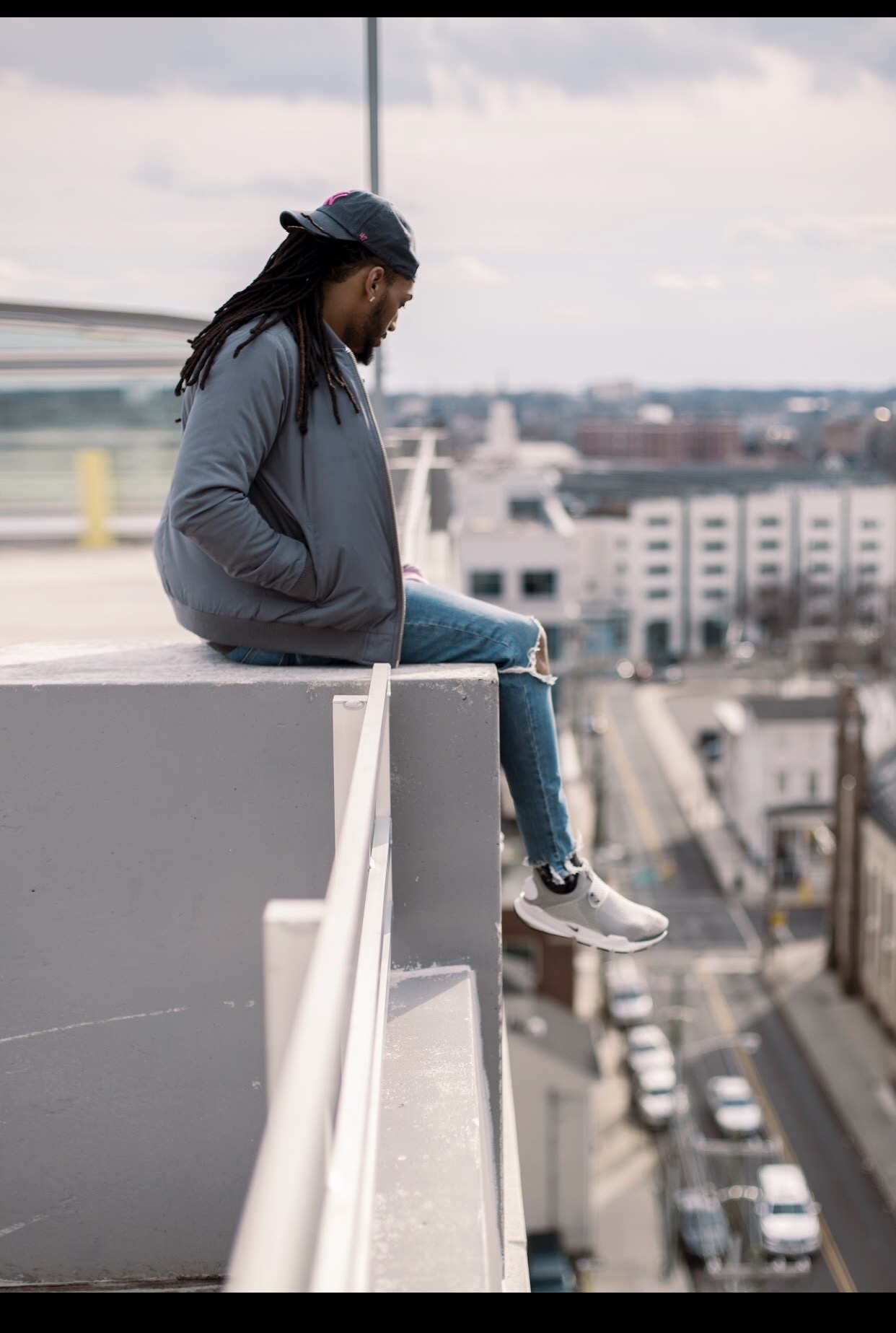 You mostly live in New Jersey. How’s that working out for you?
It doesn’t work too well because the support system isn’t the best, but I’m grateful for the support I do have, which is the main reason why I’m trying to travel as much as I can now.

What are your must visit travel destinations?
Paris, Germany, Italy and Spain. 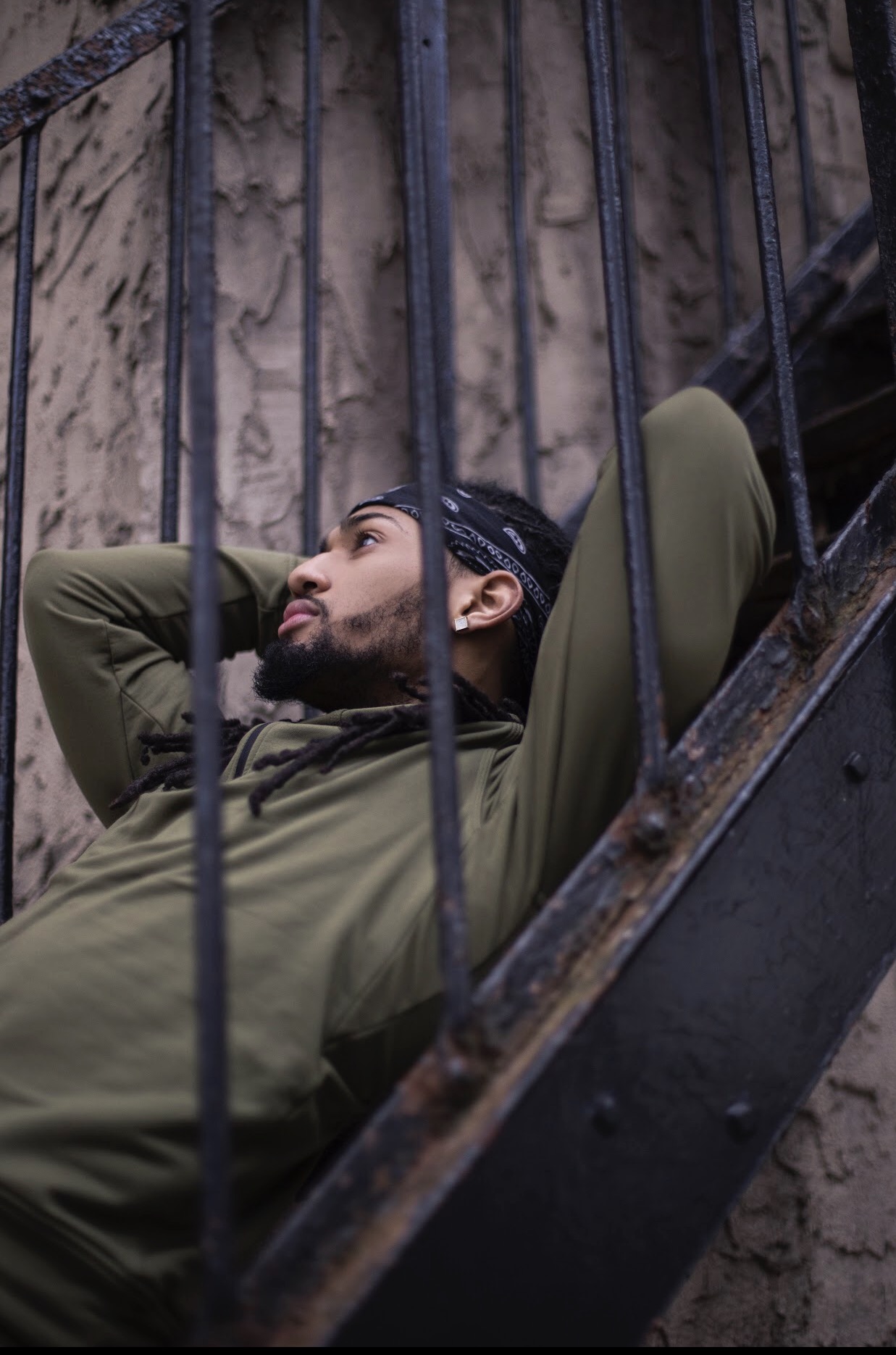 Name 5 things we should take seriously about our style choices?
1. Make sure your style is truly you
2. Stay open minded
3. Don’t be scared to let other styles influence you
4. Don’t worry about judgement
5. Don’t fear failing. 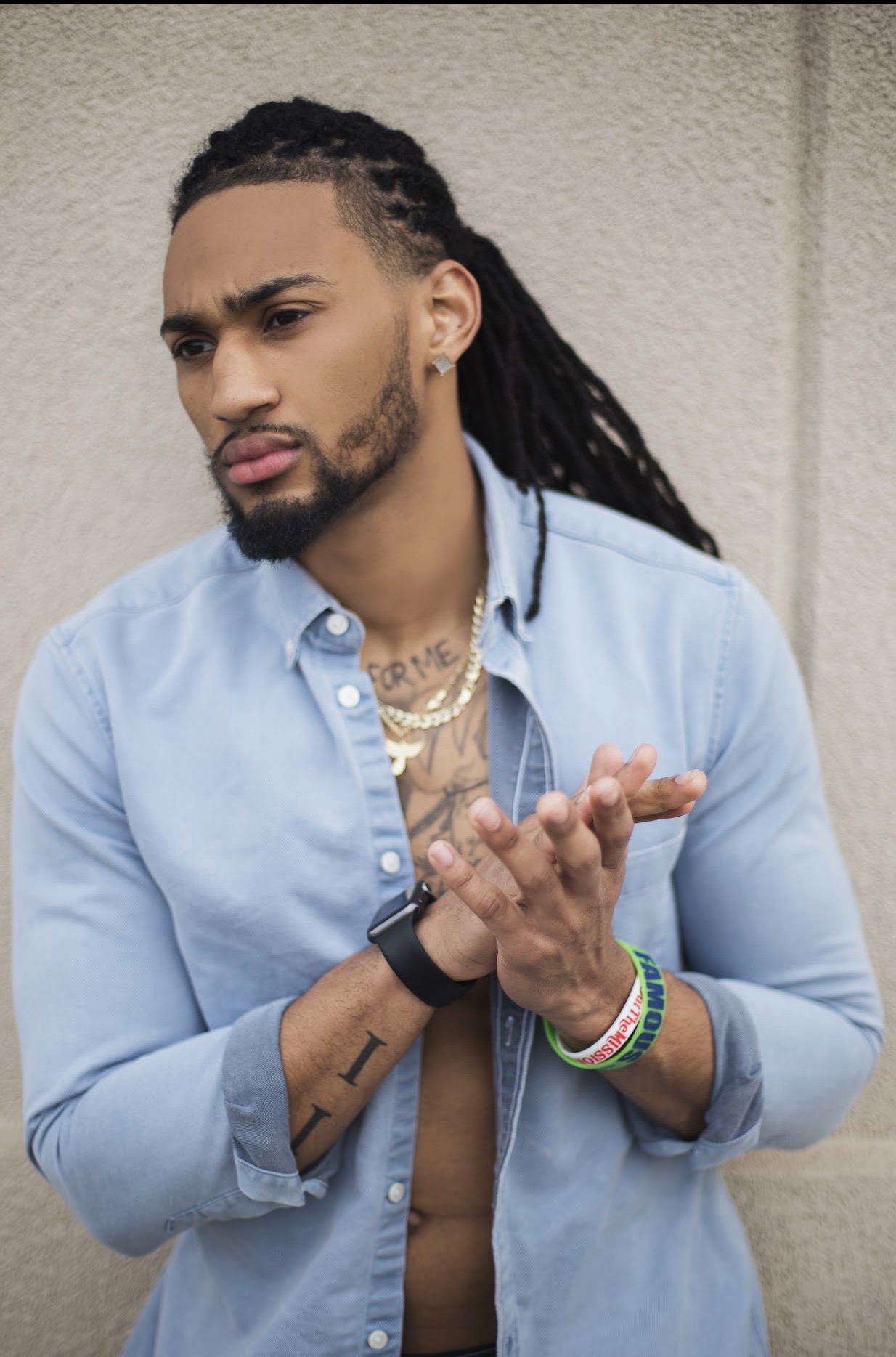 How would you describe your style?
I wouldn’t really say I have a specific style. I go with what I like and what I can put together best. I go with instinct, I’m never afraid to try something new or think outside the box.

What music genre appeals to you the most?
Hip-Hop, I can relate to this music a lot and I also like the sounds of different Hip Hop songs. Overall, I like any type of music. 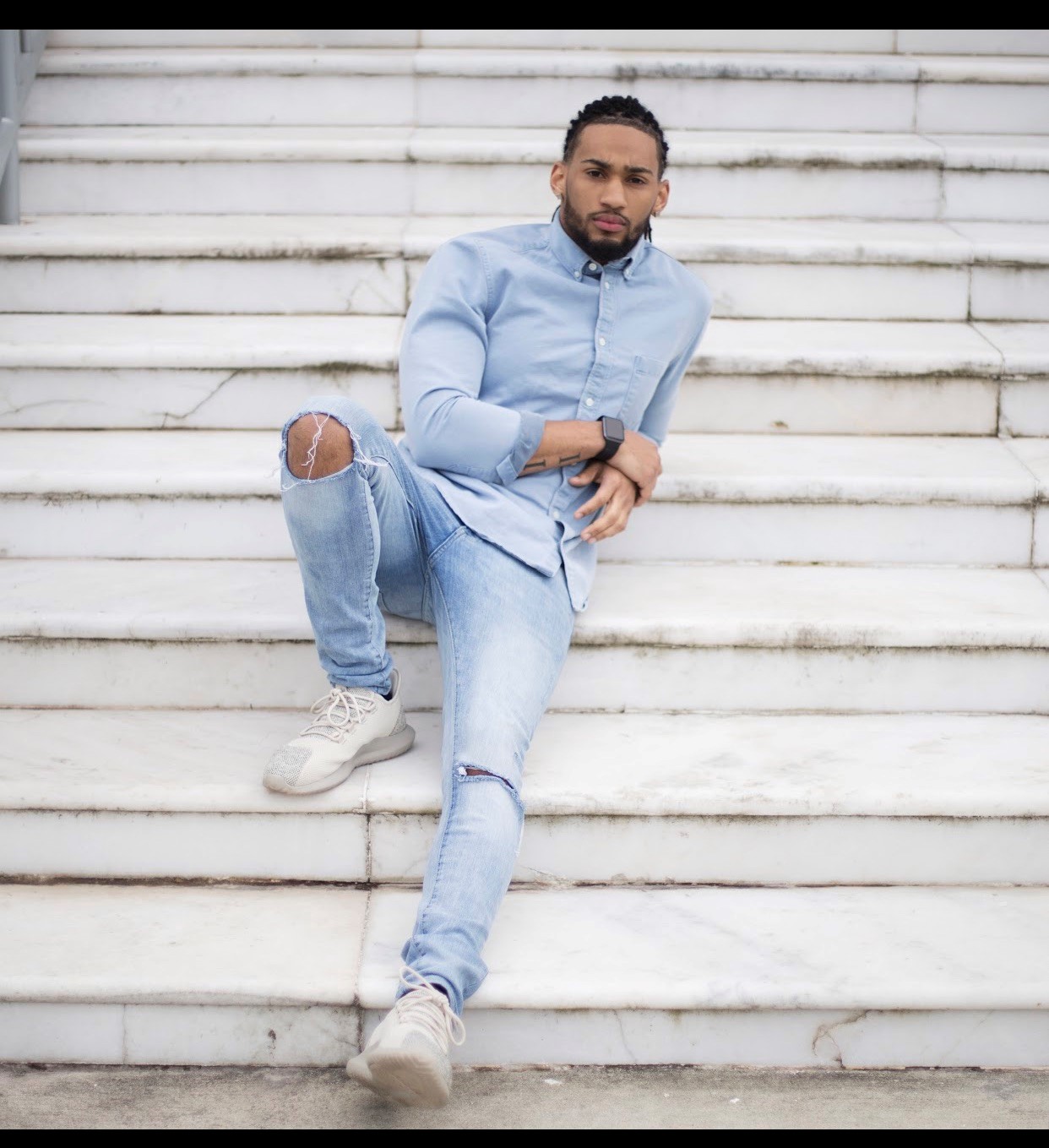 What is your favorite dish?
Steak would probably be my favorite especially filet. Hibachi is a great go to place too. You can catch me there all the time. 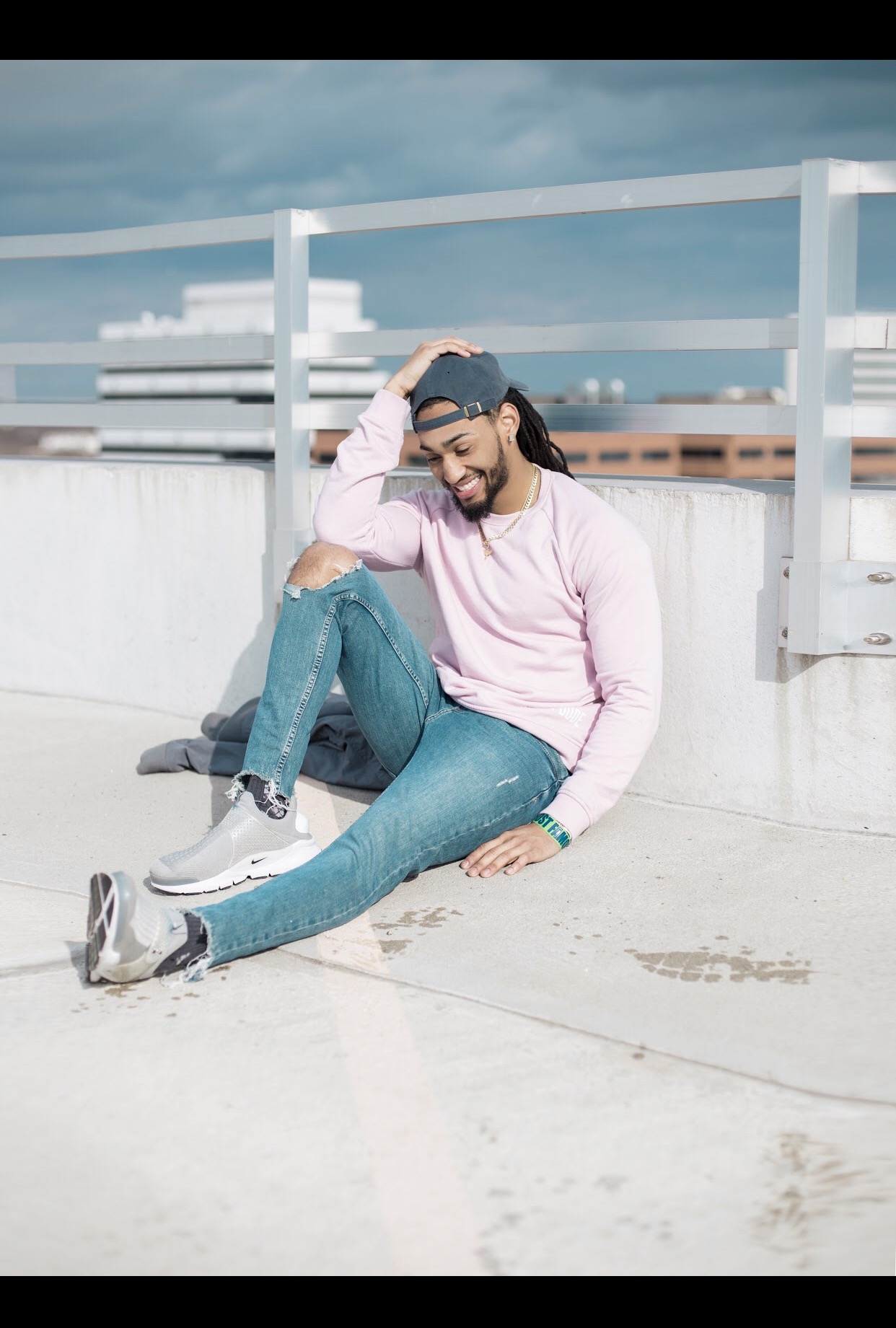 What songs are currently on your playlist?
Future album, Big Sean album, Rick Ross new album and My music.

Apart from music, what other projects are you currently working on?
Well, I’m working on a lot of stuff like a new music visuals and modelling in California. 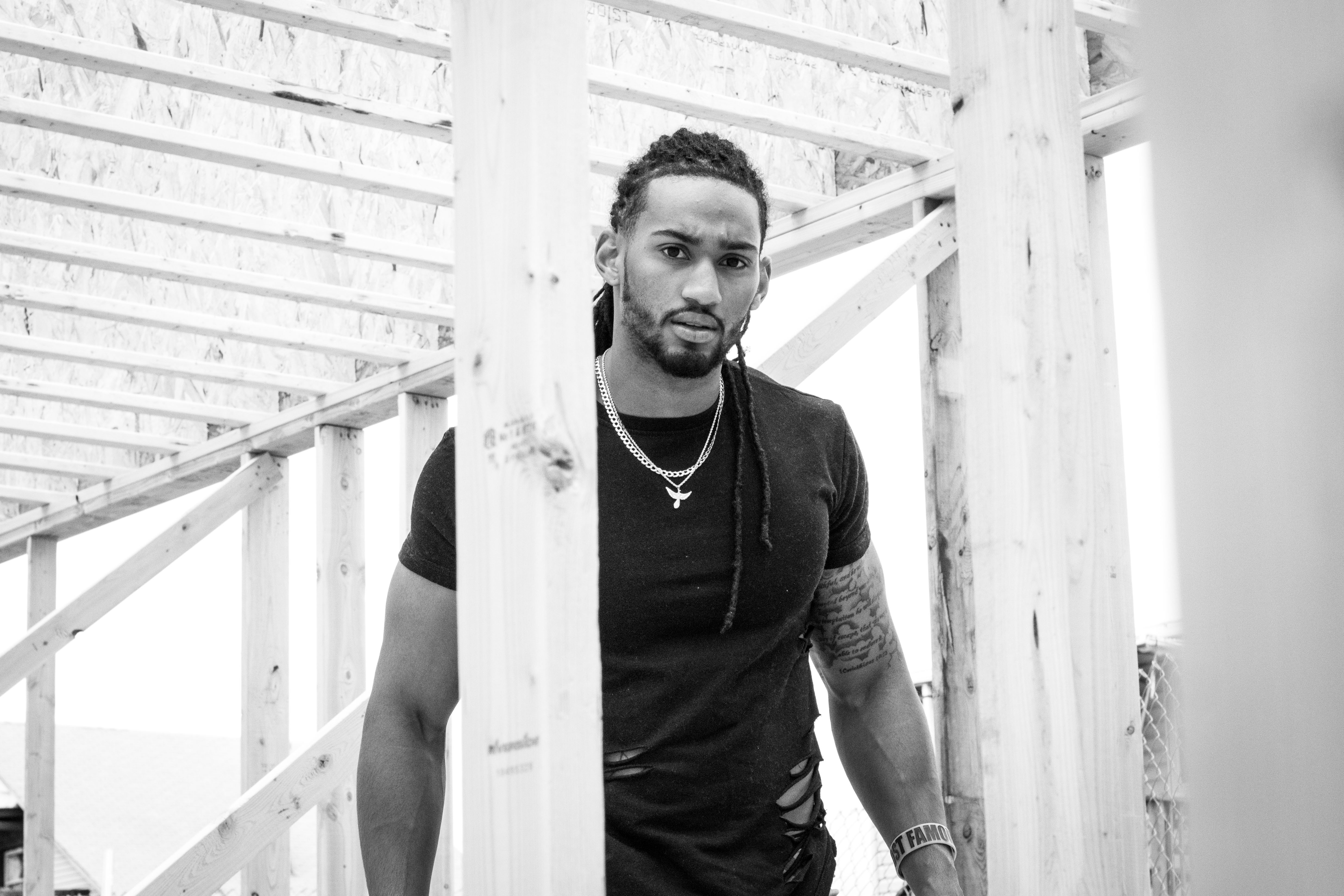 Seeing you’re doing your dreams, what advice can you give others to pursue their dreams?
One advice I can give to people is to stay positive even through your darkest times, because there will be a lot of them. Be open minded and learn from your experiences and others around you. 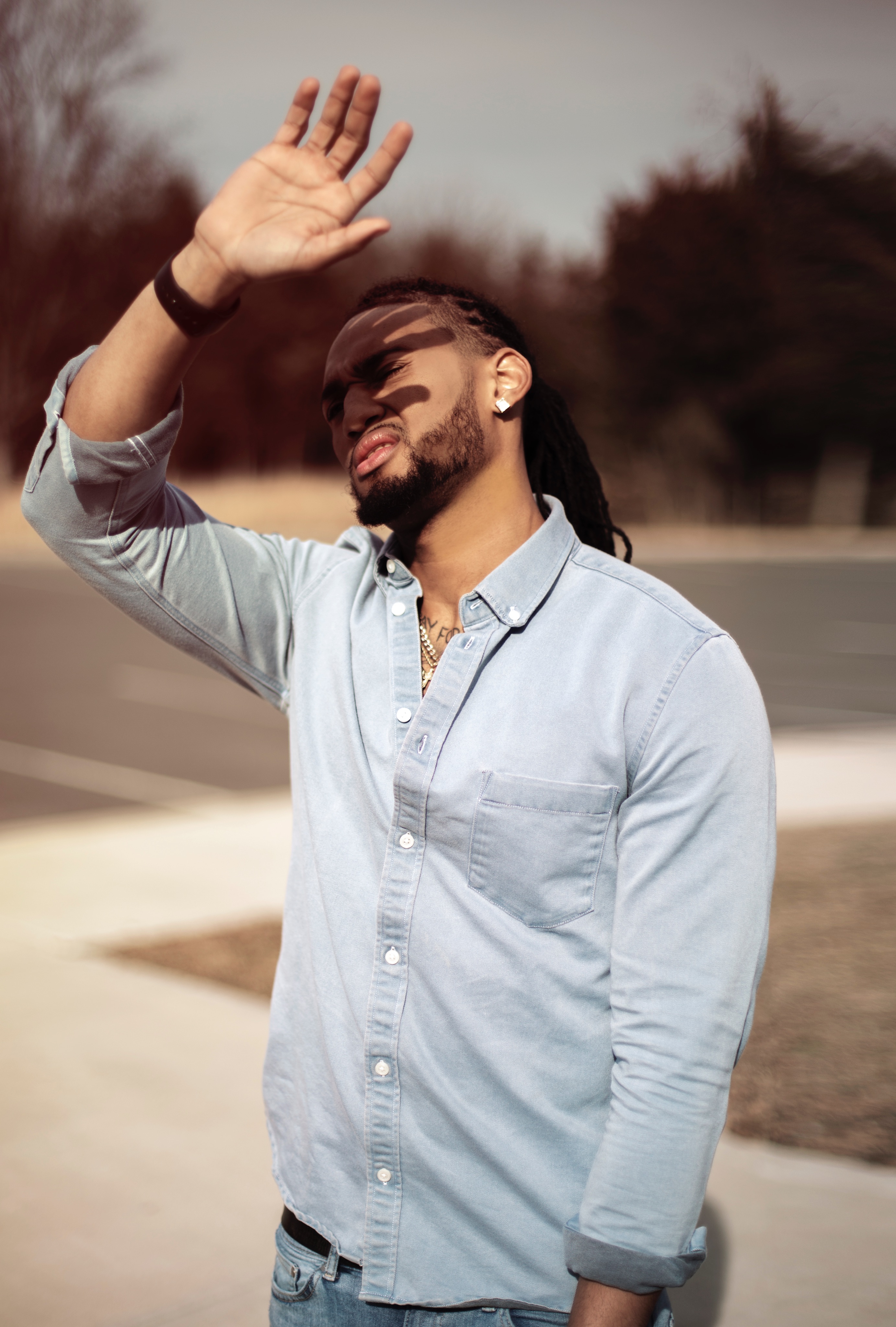 Any specific plans for the future?
Yes, I have some set goals that will bring me to where I want to be at. I don’t like speaking on them until they happen, but just expect to see a lot of new music and productions in the upcoming years from me. Greatness moves in silence.

Any final words?
I appreciate all the support and the love that has been given and I hope to continue to get it in the future and thank you for the opportunity. 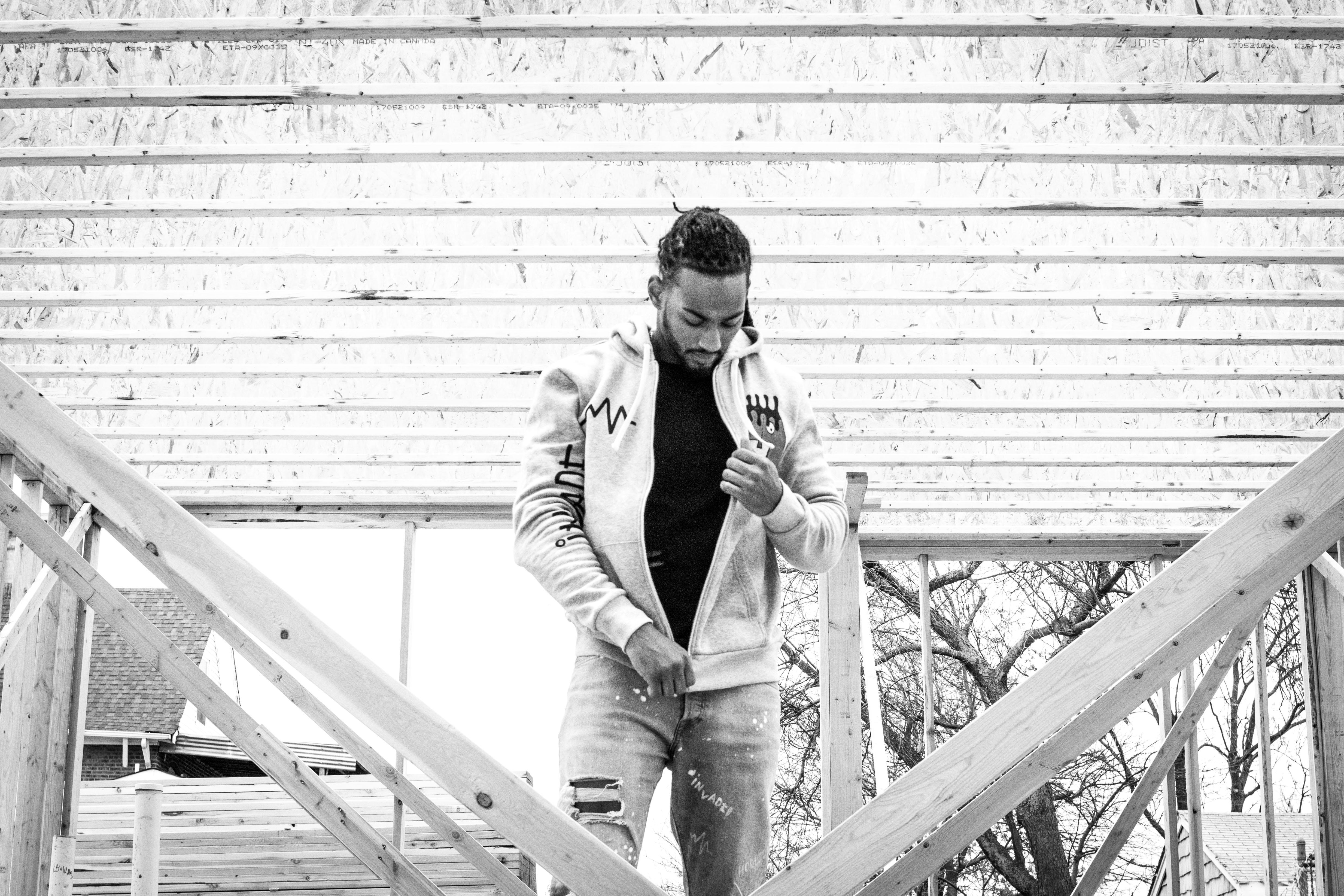