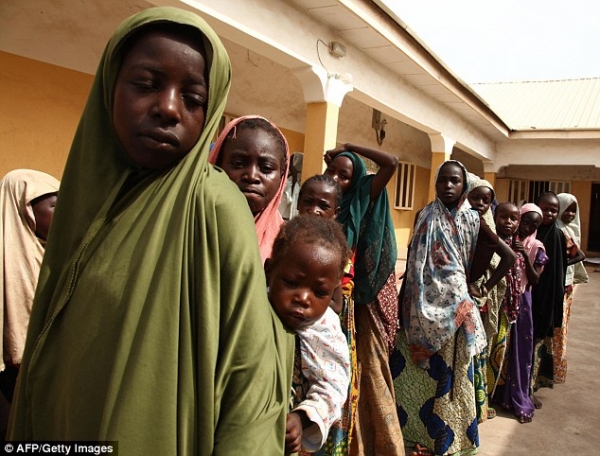 The United States, through the U.S. Agency for International Development (USAID), has provided an additional $9.5 million to the UN’s World Food Program (WFP) to ensure more than 175,000 mothers and children under five do not suffer from malnutrition during this year’s “lean” season.

The grant from USAID’s Health, Population, and Nutrition Office, augments ongoing support for the humanitarian assistance in Nigeria by its Office of Foreign Disaster Assistance (OFDA) and Food for Peace (FFP), and seeks to bridge a funding shortfall announced by WFP late last month. The grant will fund a blanket supplementary feeding program to protect the nutrition status of children aged six months to five years and lactating women in IDP and host communities of Borno State through provision of specialized nutritious foods.

“In response to the call by WFP to meet a severe funding shortfall, USAID is pleased to play a part in making sure that the most vulnerable of those impacted by the Boko Haram conflict are taken care of,” USAID/Nigeria Mission Director Stephen M. Haykin said. “This support will go to nine areas where the needs of mothers and their children are the greatest.”

The assistance will help WFP reach an additional 110,000 children under five and 65,000 pregnant and nursing mothers with specialized nutritious food commodities in nine local government areas (LGA) in Borno State.
WFP launched what is known as a Blanket Supplementary Feeding Program aims to prevent the further decline in nutritional status among young children suffering from moderate acute malnutrition, as well as protect the nutritional status of others who are not yet malnourished but are at high risk.

The program, which will distribute the nutrient-rich food monthly through the end of the rainy, or “lean,” season in August, is anticipated to significantly reduce the burden on the health system related to treating malnutrition as well as other health conditions related to under nutrition, consequently preventing related mortality.

Continue Reading
Advertisement
You may also like...
Related Topics:USAID