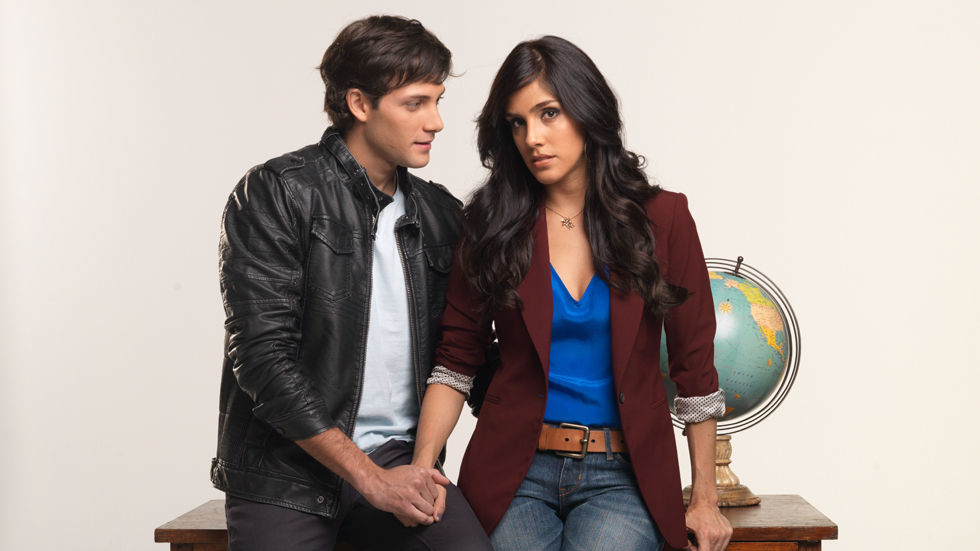 Viewers can look forward to a steamy new telenovela that’s sure to warm things up during the winter months. Dangerous Affairs tells the story of Miranda Cruz, played by Sandra Echeverría, a promising young teacher whose career is compromised when she falls in love with one of her students. The brand new telenovela premieres exclusively on Telemundo (118) on Monday 12 June at 4:10pm WAT.

When Miranda is attacked on the beach one evening, she is rescued by Mauricio Blanco, played by Queen of Hearts’ Gabriel Coronel. From thereon, their passionate love story starts to develop but will soon face bigger challenges than they could have ever imagined. Miranda quickly discovers that her knight in shining armour also happens to be one of her students. Having lied to her about his age, Mauricio unknowingly puts the woman he saved in danger.

Miranda, aware that a relationship with a 17-year-old is against the law, does her best to ignore the feelings she has for him, but soon realises it’s not so easy. The pair are not the only ones having to deal with a tumultuous relationship, as Dangerous Affairs takes us into a world where desire and passion become the downfall for many of the other characters in the show.

The brand new telenovela sees the return of many popular Telemundo starsincluding Ana Layevska, Maritza Bustamante, Daniela Navaro, Kevin Aponte and Alan Rodriguez. Gonzalo García Vivanco (A Passion for Revenge), returns as Juan Pablo “JP” Reyes, the school’s physical education teacher who Miranda dates in an attempt to get over her feelings for Mauricio.

Find out what happens when the turbulent affair between teacher and student is uncovered in Dangerous Affairs, premiering on Monday 12 June at 4:10pm WAT only on Telemundo.