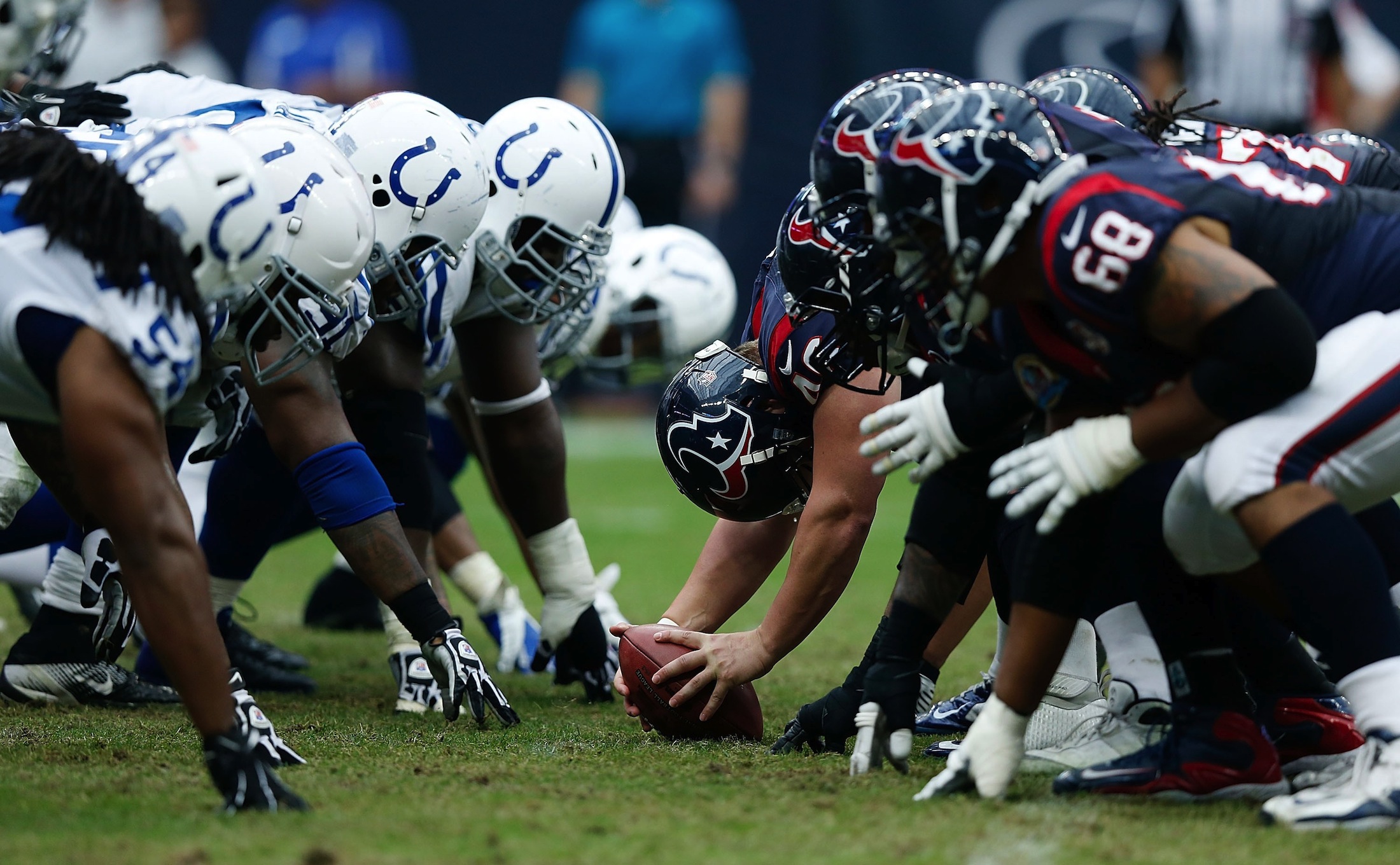 American football originated, in the late 1800s, from rugby and soccer. A certain Walter Camp, of Yale College, is credited with coming up with many of the innovations that separate American football from rugby. These include the system of ‘downs’ and the ‘line of scrimmage’.

If you understand these two innovations you’ll have some idea of how this exciting game works. In rugby, like soccer, there is no limit to how much ball possession one team can have. You could theoretically hold onto the ball for the entire match. American football is a little fairer in that way. Each team gets four chances to advance the ball ten yards upfield. These chances are called ‘downs’; because play stops when the man carrying the ball is tackled down to the ground. You get four downs to advance ten yards, or score, before the ball is handed to the opposition for their turn. American football is a bit like old-fashioned warfare, with armies trying to advance their frontline position.

The line of scrimmage is another important concept in American football. Where rugby has a scrum, American football has a scrimmage. In a rugby scrum the players interlock bodies and try push the opposing team off the ball. In American football the forwards line up opposite each other, like two armies sizing each other up before the battle starts. Once the offensive team plays the ball, the defensive rushes forward to disrupt them. But, unlike soccer, both teams must stay on their side of the ball before it is played.

The quarterback is the key position in American football and most plays centre around him. A quarterback is a bit like a rugby scrumhalf, or perhaps flyhalf. In rugby, the scrumhalf is the first person to receive the ball from the scrum. He decides whether to run, pass, or kick the ball. A quarterback must also decide how he is going to advance, except in American football the decision-making is less spontaneous than in rugby or soccer. American footballers learn various moves, or ‘plays’, in practice. The play is like a very detailed battle-plan, with each of the eleven team members running in specific, pre-planned, directions. Some of this running is as a decoy, to trick the defending team into marking the wrong man. Quarterbacks communicate the coaches play to the rest of team. But, they’re also allowed to change the play on the spur of the moment. An ‘audible’ is when the quarterback over-rides the coach and calls out a move at the line of scrimmage, just before play starts.

Points are scored via a touchdown, which is a confusing term given that the ball is not ‘touched down’, but rather carried over the end zone. To score a try in rugby you need to ground the ball over the try-line. In American football you simply carry it over the goal-line (end-zone), or pass to someone who is already there.

It may seem a little confusing, but once you get into it the game and understand some basic rules, it’s a whole lot of fun to watch. Catch our LIVE NFL games on KS2 and KFS; and don’t miss the magazine show NFL This Week for a meaty highlights and review package of the week’s three big games.