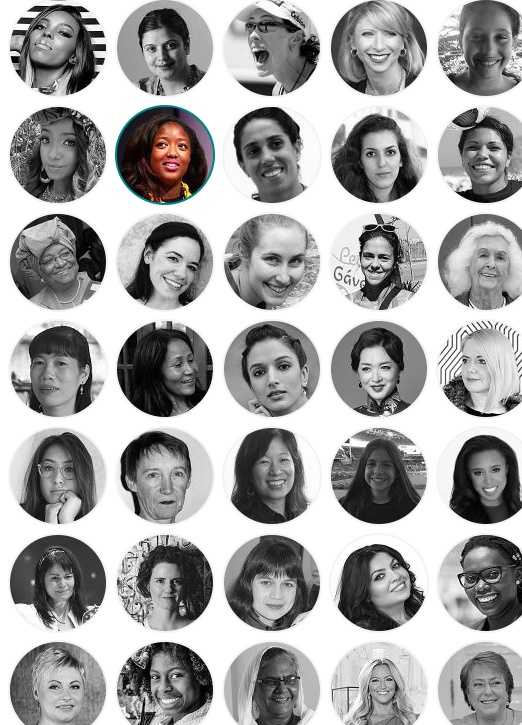 The BBC has today revealed some of the inspirational individuals who have been chosen for inclusion on the BBC 100 Women list 2017.

This year, out of the sixty women listed, seven are African. The women from the continent on include:

Anita Nderu – a TV presenter and radio news anchor at Capital FM based in Nairobi, Kenya who is passionate about mentoring youth

Naomi Mwaura – a lead organiser of the anti-harassment protest #MyDressMyChoice, which changed the law around harassment inKenya

Tiwa Savage – a Nigerian singer, songwriter and philanthropist Tiwa Savage is an intergral member of the Afrobeats scene and plans to open a music school

Taken from across all spheres of modern life – from engineering to the creative industries, from sport to business – they represent the global wealth of female talent. But in a new twist the list launched today is only part of the story.

The list has been inspired by the BBC 100 Women Challenge. New for 2017 this is a unique celebration of female talent which sees four teams of women tasked with finding solutions to everyday problems currently blighting female lives across the globe. From October 2nd – 6th women based in Silicon Valley will tackle the glass ceiling; from October 9th -13th the Delhi team are looking at female illiteracy; from October 16th -20th safety on public transport will be the focus for the London and Nairobi team; and finally from October 23rd -27th women in Rio will consider sexism in sport.

Today 60 women who are working or campaigning in these fields or who have inspired others through their actions are being celebrated.

The remaining 40 places will then be decided as the challenge progresses, drawn from those who have supported, inspired and helped the teams on the ground over the course of the weeks. They might be someone working on a solution on the other side of the world; the woman who suggested the piece of code; the woman who named the campaign; or the woman who, by courageously sharing her story, inspired the solution.

The list of 60 women can be viewed here: http://www.bbc.co.uk/news/world-41380265.The complete list will then be revealed after the final challenge at the end of October.

As audience participation is a cornerstone of the challenge, there is opportunity for other inspiring women to be included. The teams will want to hear directly from women affected by the issues they are tackling and find out what solutions may have already been tried. Viewers and listeners will be able to get involved in via social media with @BBC100Women and #100Women, online at www.bbc.com/100women .