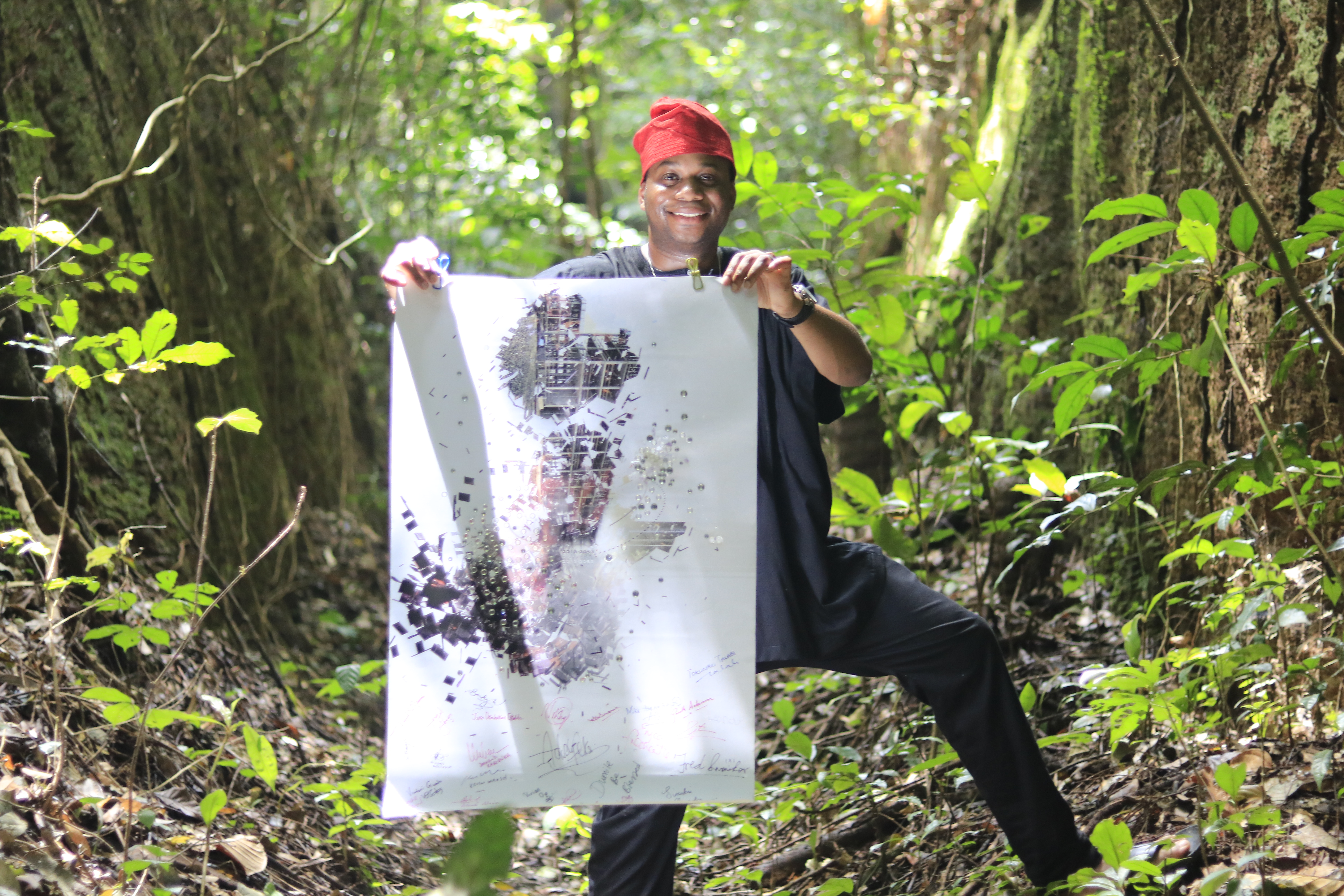 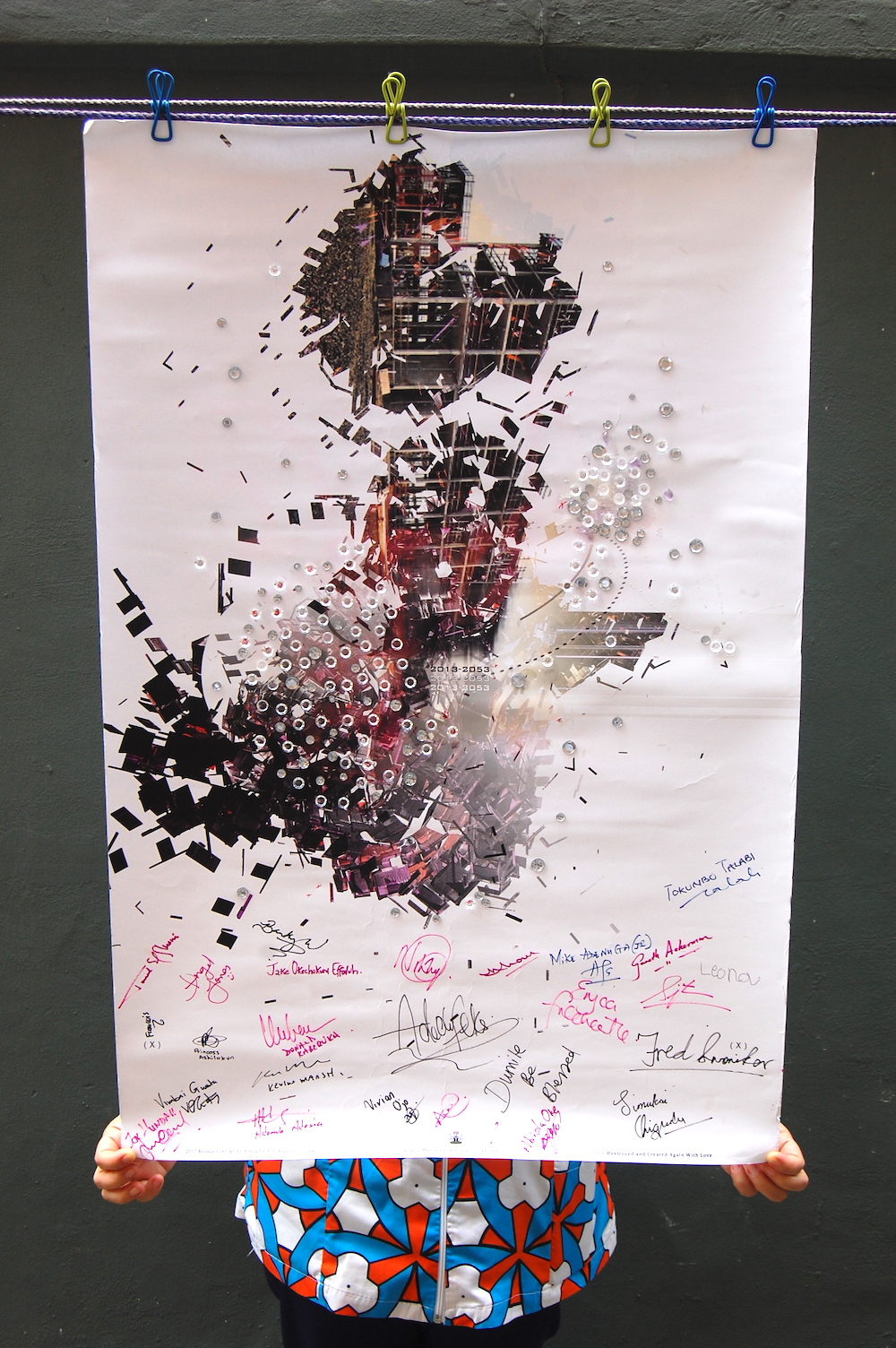 Ade Abayomi Olufeko, 37, an American trained technologist, business futurist and digital artist of Ijebu descent spoke alongside other industry giants to the general public and policy academics at the Breaking the Frame[works] Conference in the spring of 2017. The event took place at the Blavatnik School of Government (BSG), University of Oxford and focused on the present and future state of the African Continent. Panels encompassed governance, ethics, technology and the creative arts, among other topics.

Ade Olufeko discussed with Conference Chair Vivian Ojo on the re-issue of a mixed media and digital painting titled “Philosophers’ Legacy “. This abstract piece successfully raised money for the United For Kids Foundation fundraisers in both Washington D.C. and the Civic Center in Lagos, Nigeria. As a result of this collaboration parallel to the conference, the new issue of the original painting is an enhancement, with new and notably detailed elements. 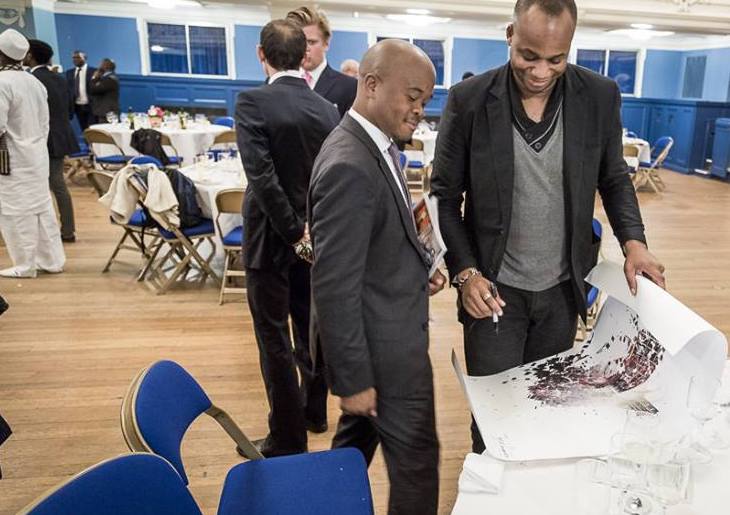 This initiative was inspired by 1985’s “We are the World” campaign for Africa, as well as the African Renaissance concept.  This title of the re-issue is “Philosophers’ Legacy,” an heirloom for the African continent. The painting is considered to be a blueprint of projected dates as to when Africa will peak industrially. The simplicity of its projections align and at other times surpass political concepts of the AU (African Union). 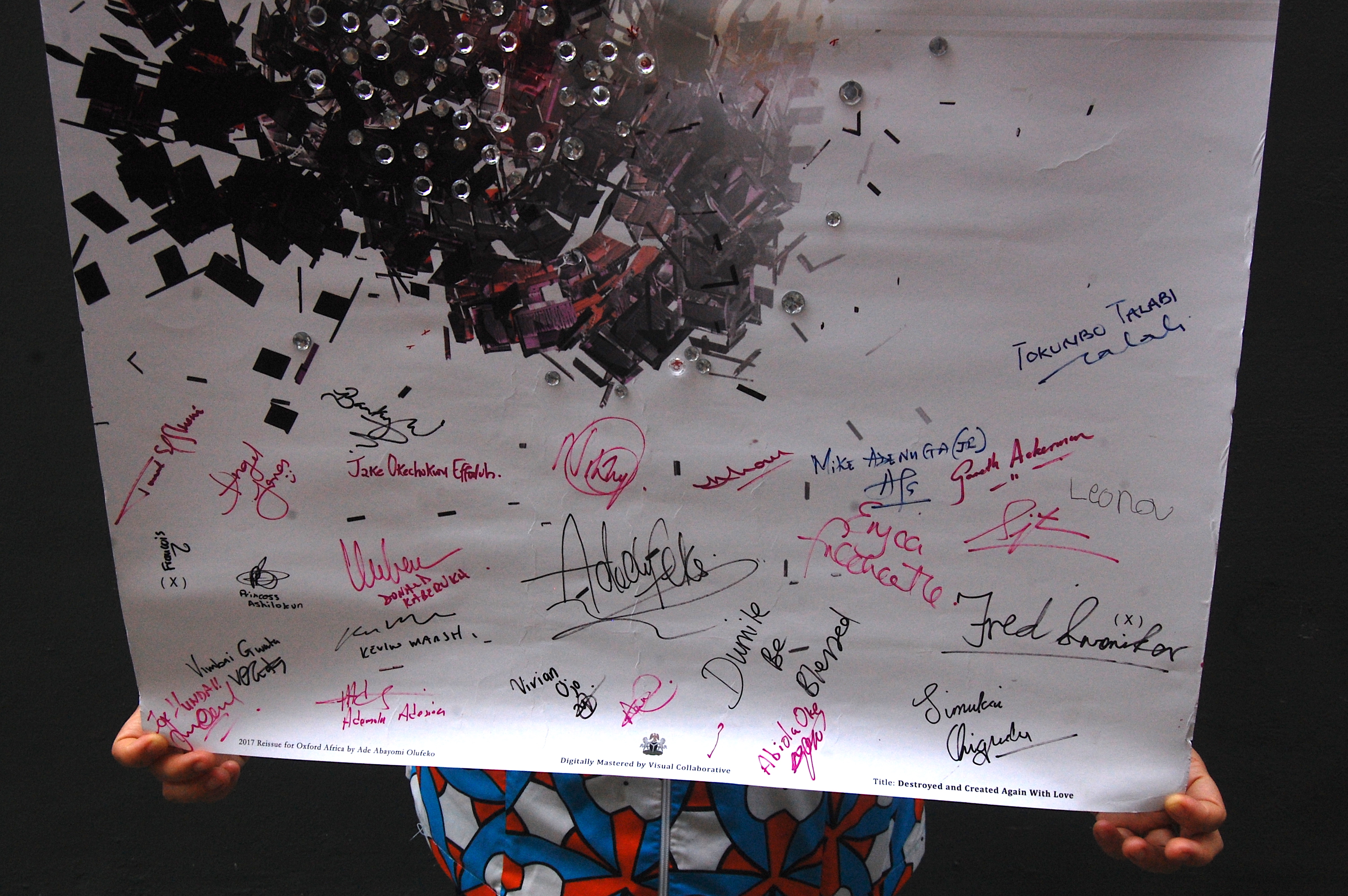 It will be released on November 14th to a private collector from Visual Collaborative’s creative services division, marking the platforms 10th year anniversary. According to lawyers and legal experts, the eventual buyer (individual or institution) of the piece cannot commercially exploit the heirloom until the year 2033 and all proceeds at any time from sales will remain in the African economic system.  A photoshoot of the digital piece announcing the re-issue was taken inside UNESCO site, Sungbo’s Eredo, in Ijebu. It was held high by the creator of the piece; Ade Abayomi Olufeko.

“Africa was once one whole, until post-colonial complexities of conflicts between the oligarchs tore it into pieces. In Africa’s second scramble aided by the 4th industrial revolution, The Philosophers’ Legacy would be used to aid ongoing brain-gain initiatives to steer NGOs, the private sector and friends of the continent including its diasporas into a self reliant, yet interdependent partner of the world economy.”
– Ade Abayomi Olufeko October 2017