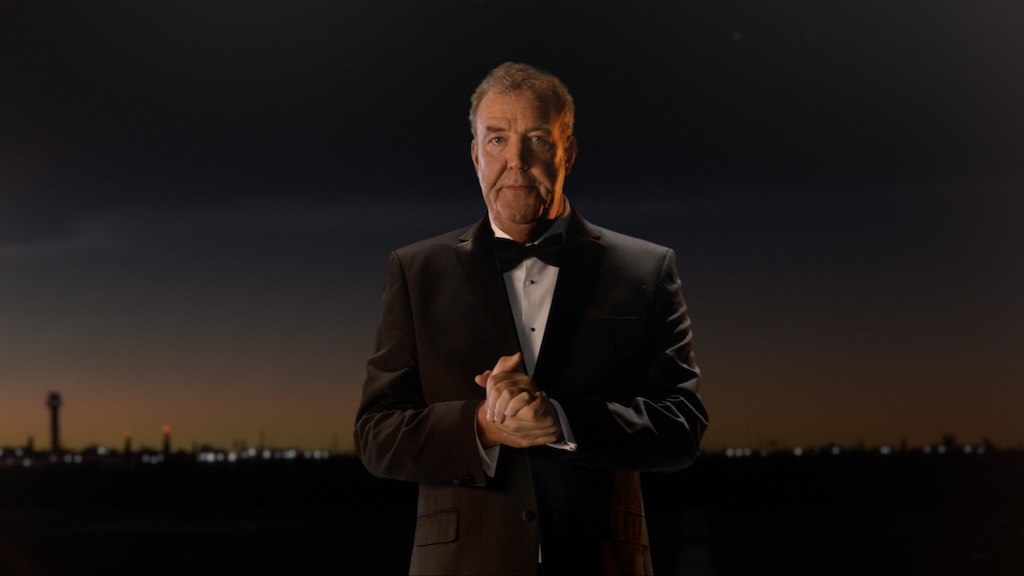 This follows hot on the heels of the global launch of Emirates’ latest fully enclosed First Class private suites at the Dubai Air Show yesterday.

Drawing on Clarkson’s humour and close association with motoring, the ad spot begins with close up shots of a leather seat, luxury detailing, soft lighting, a sophisticated flat screen, and control buttons. Meanwhile, dressed uncharacteristically in a smart black tuxedo, Clarkson narrates the features in a way that leads the viewer to assume he is referring to a new car.

He then delivers the punchline, as an Emirates aircraft zooms overhead, revealing that the vehicle he is talking about travels at a top speed of 700 miles per hour, and “it even comes with pyjamas” – a product that Emirates provides to its First Class passengers.

Commenting on Emirates’ new fully enclosed First Class private suites, Jeremy Clarkson said: “Seriously, these new seats on Emirates are better than half the hotels I ever stay in.”

Boutros Boutros, Emirates’ Divisional Senior Vice President for Corporate Communications, Marketing and Brand said: “Jeremy Clarkson is one of the most recognisable faces in the motoring world. In addition to his credentials as a motoring journalist and presenter, Clarkson is also passionate about engineering, especially pioneering and innovative work.

“We felt that he would be a wonderful fit for our campaign, especially as our new fully enclosed First Class private suites were inspired by the Mercedes-Benz S-Class, and the product itself is an innovative game-changer that once again raises the bar for inflight customer experience.”

Emirates’ new First Class private suites are the first in the industry to be fully closed with sliding doors that extend to the cabin ceiling, ensuring an unmatched level of privacy. Customers can video call the crew for service requests without leaving the comfort of their suite, and crew can serve drinks and canapes through a special service window without disturbing customers.

All suites offer a window view, as those positioned in the middle aisle are fitted with virtual windows that live stream views from external cameras.  The suite also comes with a 32-inch full HD screen on which to enjoy the 2,500 channels of inflight entertainment choices that Emirates offers; a personal wardrobe and private stowage space for carry-on bags; soft lighting and temperature settings that can be customised at a touch of a button; and binoculars to make the most of spectacular window views, amongst other features. The luxurious soft leather seat reclines fully flat, can be placed in a “zero-gravity” position, or adjusted into dozens of other custom positions for optimal comfort.

The campaign will run from 13 November, initially in eight key markets. The new ad spot was scripted in-house, and shot by award-winning director Vaughan Arnell following the successful collaboration on Emirates’ recent “World of good times” ad campaign, which was set to the iconic “Don’t stop me now” soundtrack by rock band Queen.