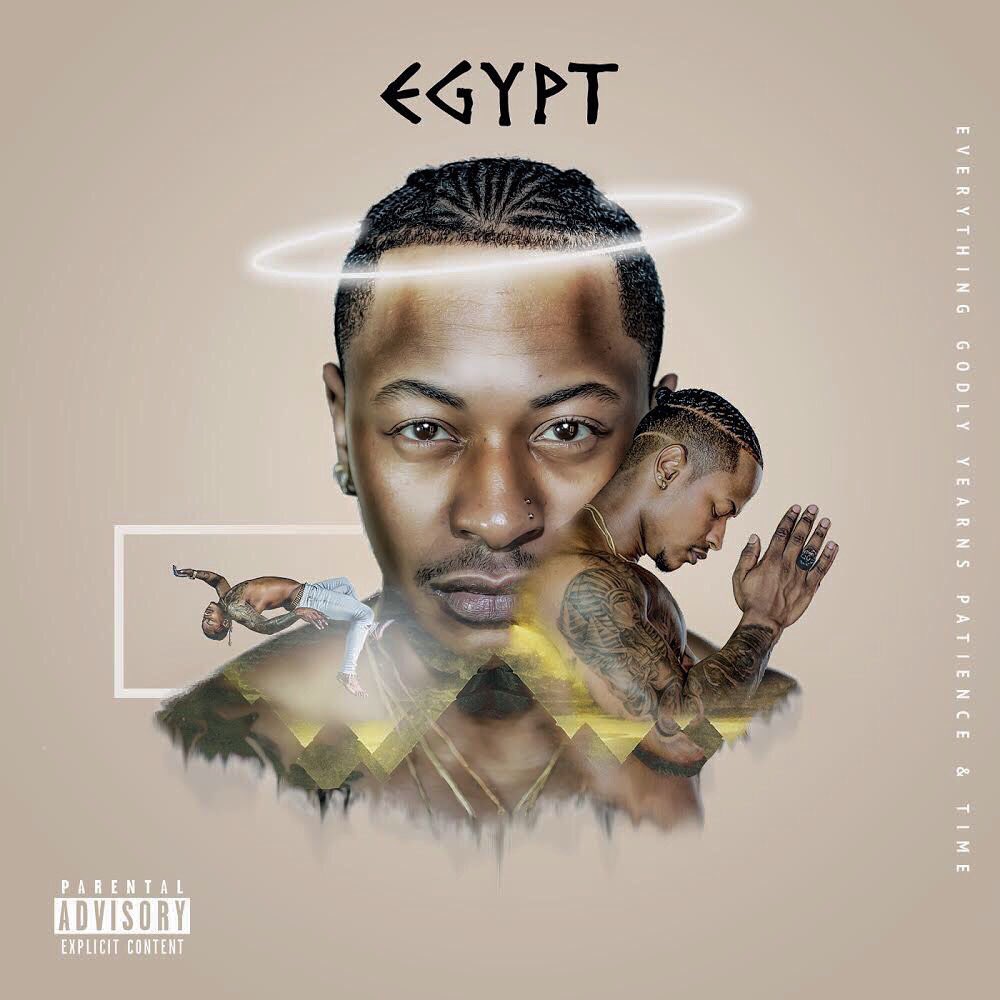 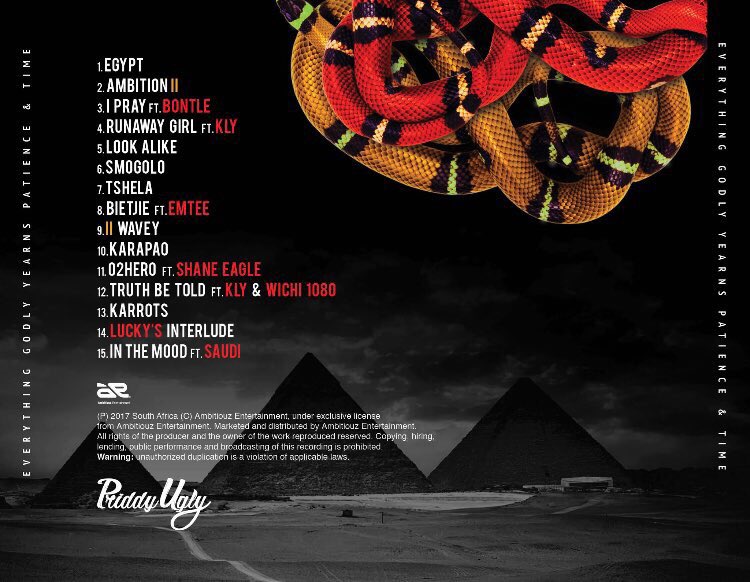 Priddy Ugly has been hard on the grind for the past 3 years. In 2015 Priddy released 2 stand out singles with Cocaine Ghost & the popular Bula Boot announcing Priddy Ugly‘s arrival as a standout recording artist. Priddy‘s vision for the direction of his art & his gifted unorthodox rhyming style have seen the rapper attain a loyal following & he rewarded his fan’s with the EP ‘You Don’t Know Me Yet’ (YDKMY) receiving praise for its new age sound (provided by 808 King Wichi 1080) & Priddy‘s exceptional writing ability & grimy rap style, which made YDKMY one of 2016’s best projects. The EP featured songs like Come To My Kasi featuring YoungstaCPT, Hunnids, Pray as well as his 2015 releases.

Priddy showed no signs of stopping & soon after released In The Mood which gained radio spins across the country & caught the attention of record label powerhouse Ambitiouz Records who wasted no time in adding Priddy to their roster & releasing the remix to In The Mood featuring Saudi as the first official release under the label.

Priddy then began teasing fans with footage of him working on new material throughout 2017 & answered the prayers of all his fans when he announced that he would be dropping his debut album titled “E.G.Y.P.T.” (Everything Godly Yearns Time & Patience). Fast forward a few months & E.G.Y.P.T. is finally here! 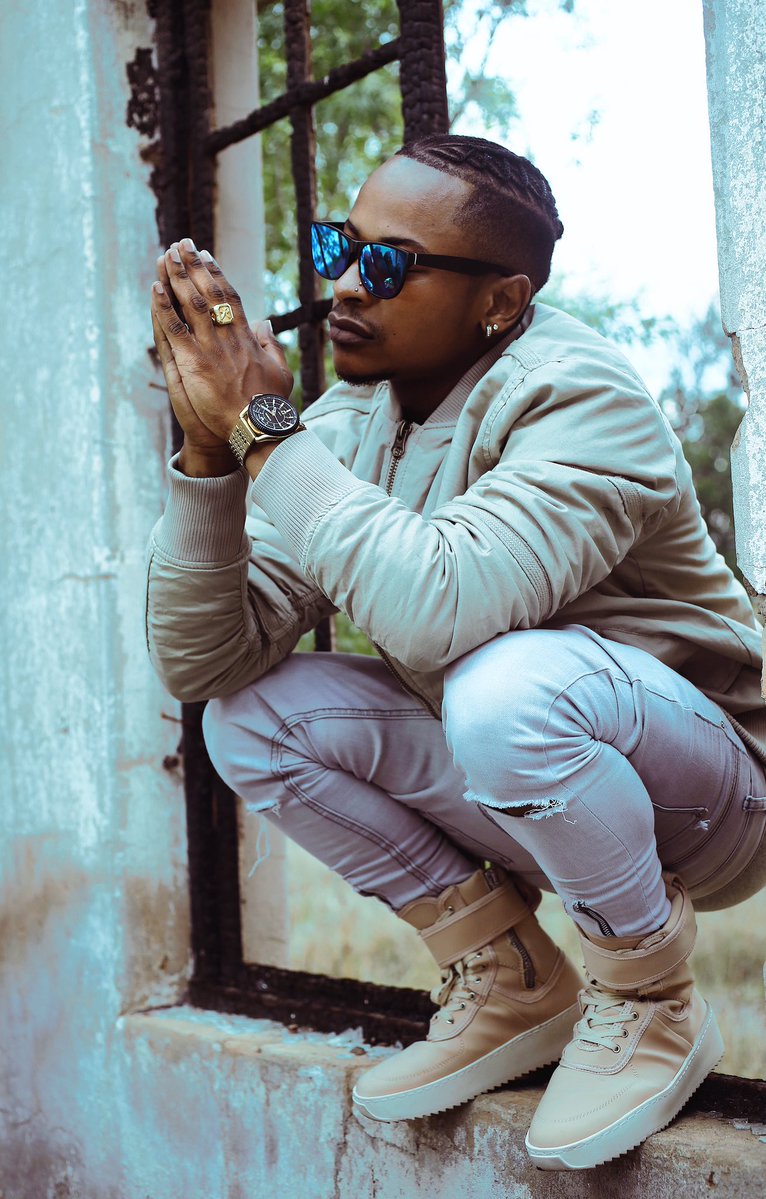 The 15 track album is a serious body of work delivered by Priddy. Once again he pushes the barrier of his creativity & sound, delivering what could easily be considered a classic debut. Fellow Ambitiouz artists Emtee, Saudi & Kly make an appearance on the album with Shane Eagle, Wichi 1080 & Bontle completing the features.

“E.G.Y.P.T. changed my life even before I was finished with it. Working on this art piece forced me to dig deep into corners of my core that I didn’t know existed, here I discovered new and different colors, textures and shades to myself that I have never been exposed to and I’ve been recording for the past 11 years, sharpening my skills, and every challenge, delay and disappointment molded me into the man I am today. This music is a reflection of the man I’m becoming, and a glimpse of the artist that I’m still to become. Thank you to every single person who contributed and left a piece of their soul’s on this canvas.” – Priddy Ugly

Priddy Ugly is without a doubt one of the most exciting new talents to emerge out of SA Hip Hop joining names like Shane Eagle, Frank Casino & Kid Tini & the scariest thing his just getting started. Priddy’s plan is to usher the game into a new direction free of the mediocrity & sound jacking that seem to have plagued the local industry of late. With E.G.Y.P.T. Priddy shows his diversity as a writer as well as his keen ear to pick songs that fit & embody the message & direction of his album. This dude is only getting better & there is much more heat to come from an artist who’s future surely looks bright & promising.

“I’m really happy that the album is finally out and that people finally get to hear what we’ve been working on. There was a lot of pain in the process of making the album, and beauty in the pain, a lot of introspection and a lot of growth. I got to collaborate with new young, talented and gifted creatives, and getting to share their positivity into the world excites me about the future of African music. So basically, I feel like how one would feel after a long and exhilarating prayer. Everything Godly Yearns Patience & Time. – Priddy Ugly

So show the boy some love & support & purchase E.G.Y.P.T. now on iTunes.