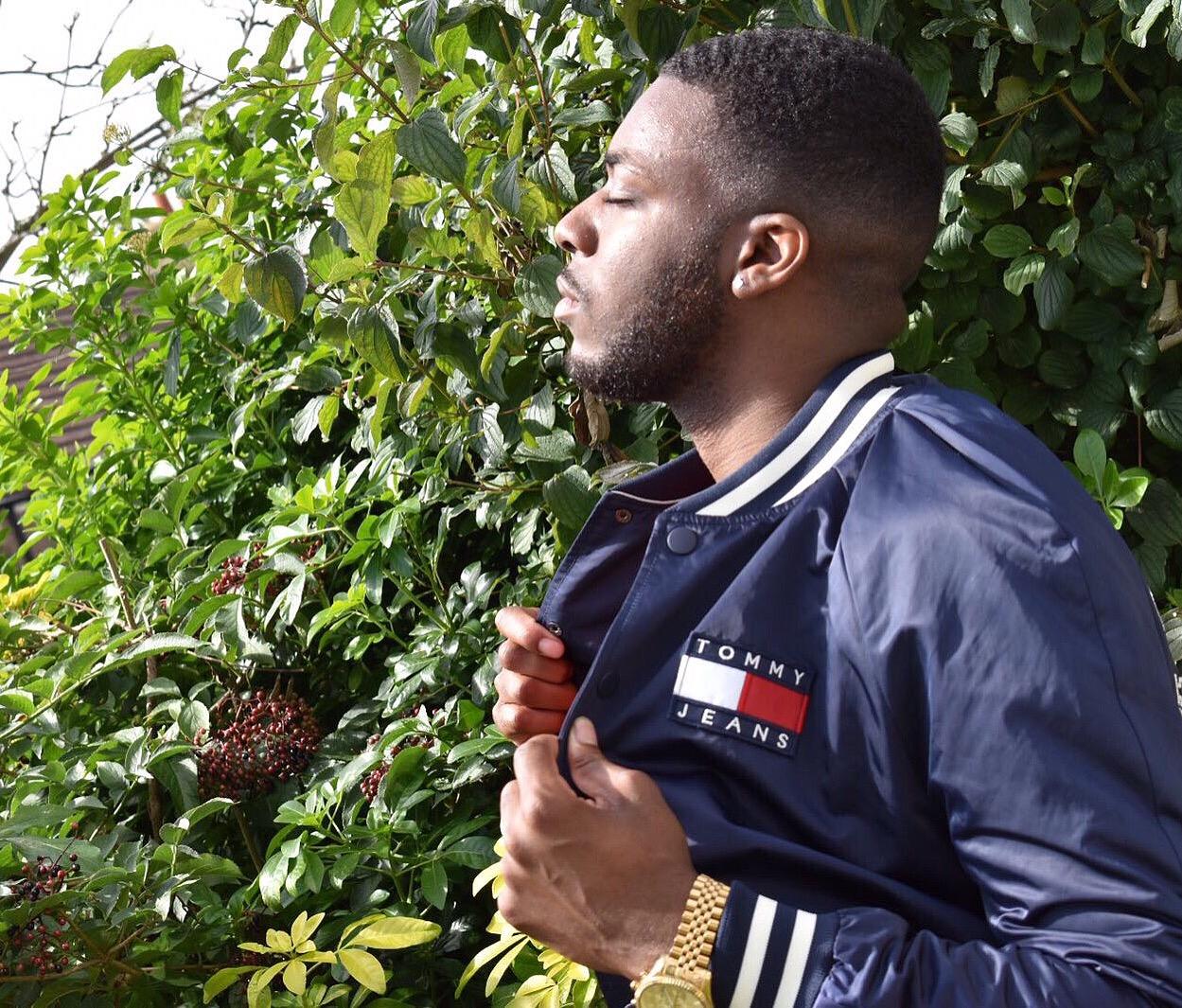 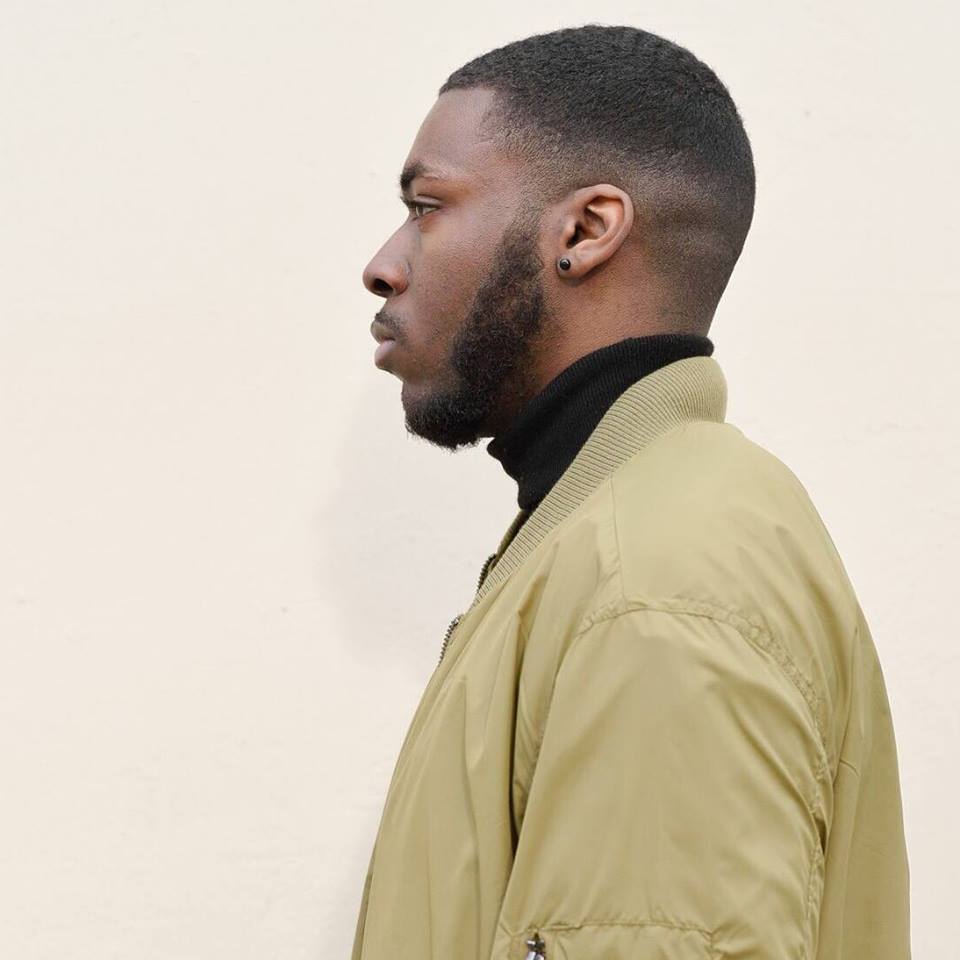 Born, raised and based in London, England, R.A.Y is a rap artist and model.

With great influences and sounds from the United States, R.A.Y brings a raw urban sound that inspires people to pursue their dreams and connect with others who have similar views. A go getter who Really has a positive outlet on the world. His main aim being to use music to reach those who strive to succeed and have a good time doing it.

Check out my exclusive interview with R.A.Y below:

Hey R.A.Y! Would you like to introduce yourself to our readers?
I’m an independent up and coming rap artist from London.

Talk me through an average day in the life of you?
An average day would be me working lol. Everyday I’m either writing music, playing video games, hanging out with relatives, looking for new niches in the business market or just being a goof ball. 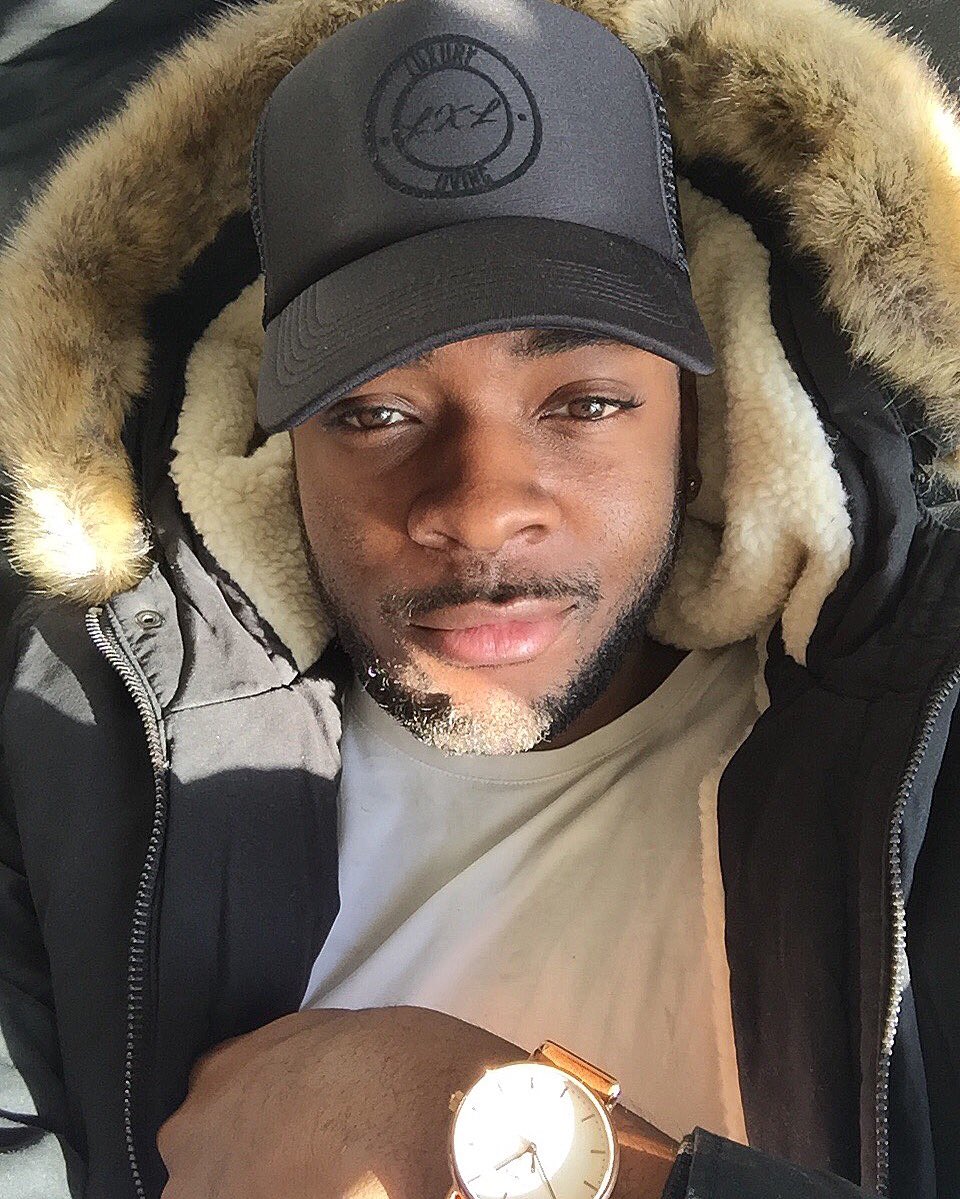 What institution(s) did you attend and what did you study?
I attended a school in London called Saint Cecilias. I studied a wide range of subjects. But typically Maths, English, Science, I.T and ect. I ended leaving with 10 GCSE’s and 3 a levels. Not tooo shabby

How were you discovered and what inspired you to go into music?
That’s a really weird one. When I was younger I always used to sing in private lol. My family is very critical of everything so I never really had the confidence at all to do that type of thing. I had a growth spurt when I was 16 so that’s when I first started dabbling in the modelling side of things. My parents had no expertise in that field so didn’t know how to manage or direct me in it. They were supportive but made it quite clear that they didn’t really feel it would be able to support me financially when I got older.

I am my biggest critic so eventually I decided to play a voice note to my cousins who said it sounded ‘OK’ and I thought that wasn’t a good enough response. I always wanted to be the best and in the back of my mind I felt that a typical ‘model’ singer is too cliche. I’ve always had a slick mouth so I decided to take my chances in teaching myself how to rap when I was 17.

I had a instant positive response from it. I started of on Soundcloud and then eventually branched out to other networks. The amazing thing was that the people (my supporters) where very proud of my music and I really have never had any serious criticism from anything I have done so I count my blessings. 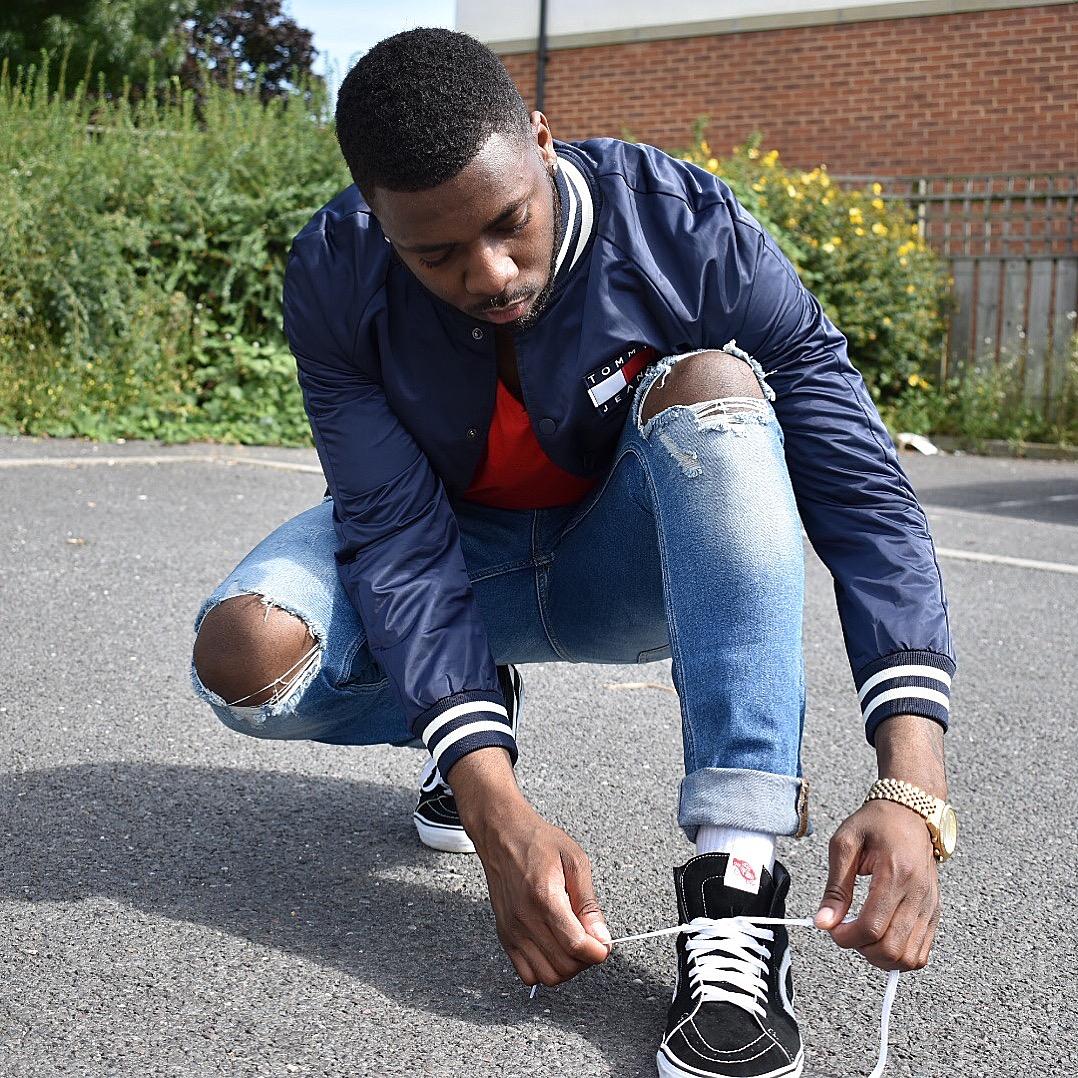 How did you come of with the stage name – “R.A.Y”?
I was in one of my friends home studios when I was 18. I had already been recording music and learning the ropes but it was always a blank file. I literally asked my friend about my struggle with the name he shot his finger up in the air and said ‘what are your initials?’ The rest is history Haha. Thank you Joe!!!

Since your last releases “Stole My Swag”, “Look At You” and “Piece Of Mind” all over a year ago, you seem to have taken a break off music, why so?
Hmm. I didn’t even know it was that long aha! The thing is and it’s sad but.. the only thing that matters in this era is numbers. I really enjoy making music! It’s my passion! But I don’t feel that it was reaching the corners of the earth that I wanted it to. So the only other option was for me to increase my numbers online. In my case scenario I took a small breather to re-focus and also gain the numbers to release on a bigger and better scale. I noticed sex sells so decided to drive way more of a business model focusing more on that aspect of me.

The last thing the world needs is another average rapper haha. Now a desirable one is one that everyone’s either wants to be or be with.

You previously released the mixtape called “Moodswing”. Why the title and what was the response like?
I’m so proud of that tape. I really feel I displayed a lot of creativity on it. I called it Mood Swings because I believed I was going through the motions with music. Sometimes I wonna curse, sometimes I wonna be goofy, sometimes I wonna dance. All aspects are R.A.Y it’s just different moods.

The response was good. It just didn’t reach the numbers I envisioned. But good music never dies!

Any plans of releasing or returning to doing music in 2018?
Definitely! I am currently writing and dropping a single in March with visuals. I hope the wait will be worth it. 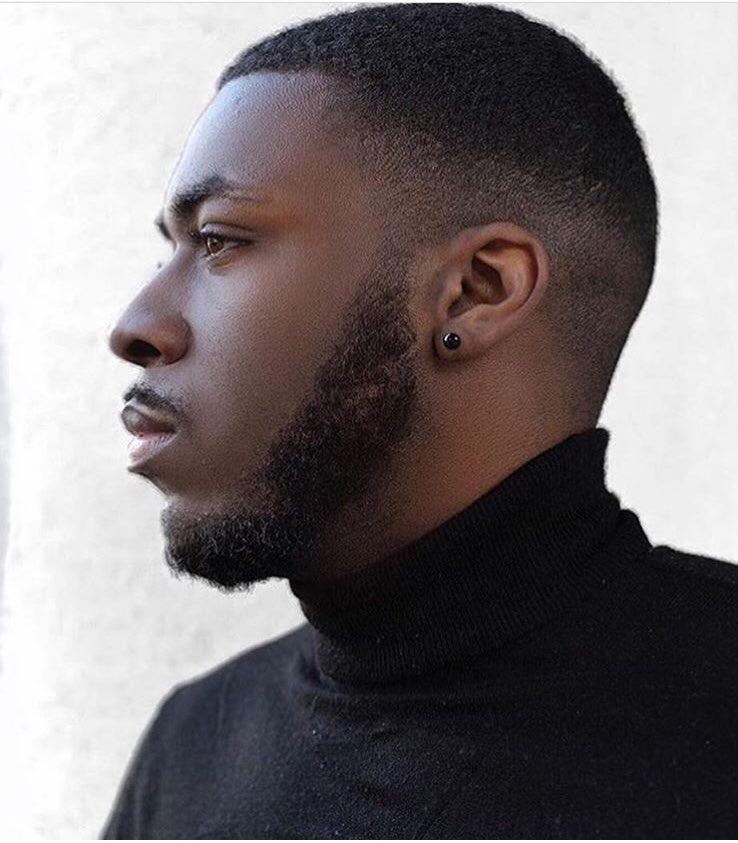 Will you say the modelling industry in the UK is doing well?
I think it’s really thriving. There’s been so many successful models booming lately.

What will you say motivated/inspires you to stay dedicated to what you do?
My fanbase RAYTEAM. They inspire me to keep going. You can do anything you want all you need to do is believe in yourself and have a solid plan. 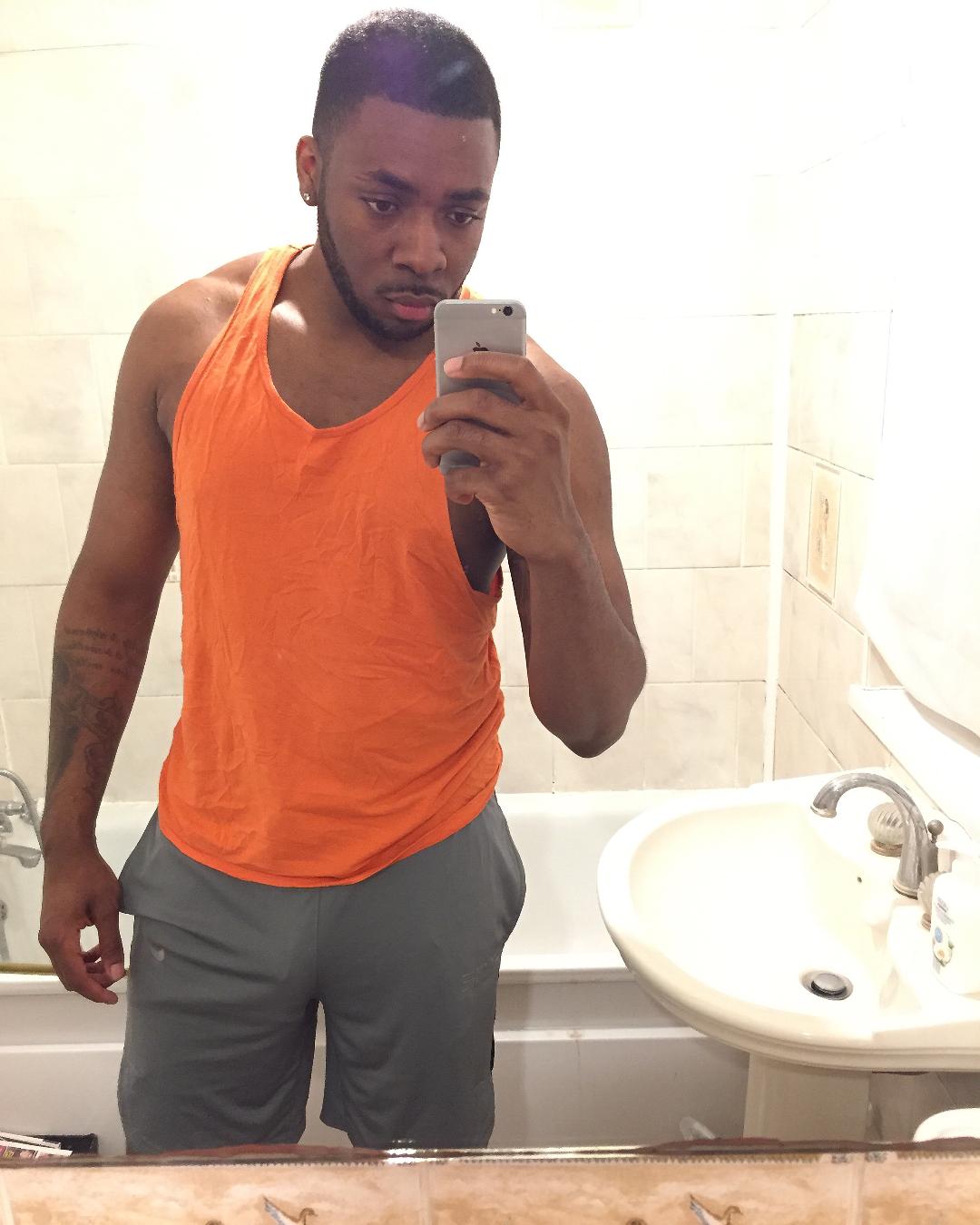 What’s your 5 Dos and Don’t when it comes to music?
1. Don’t ask anyone ‘how something sounds’ until a track is actually completed.
2. Always surround yourself with positive energy.
3. Make sure you always buy exclusive rights to your music
4. Do not sign any dodgy contracts. 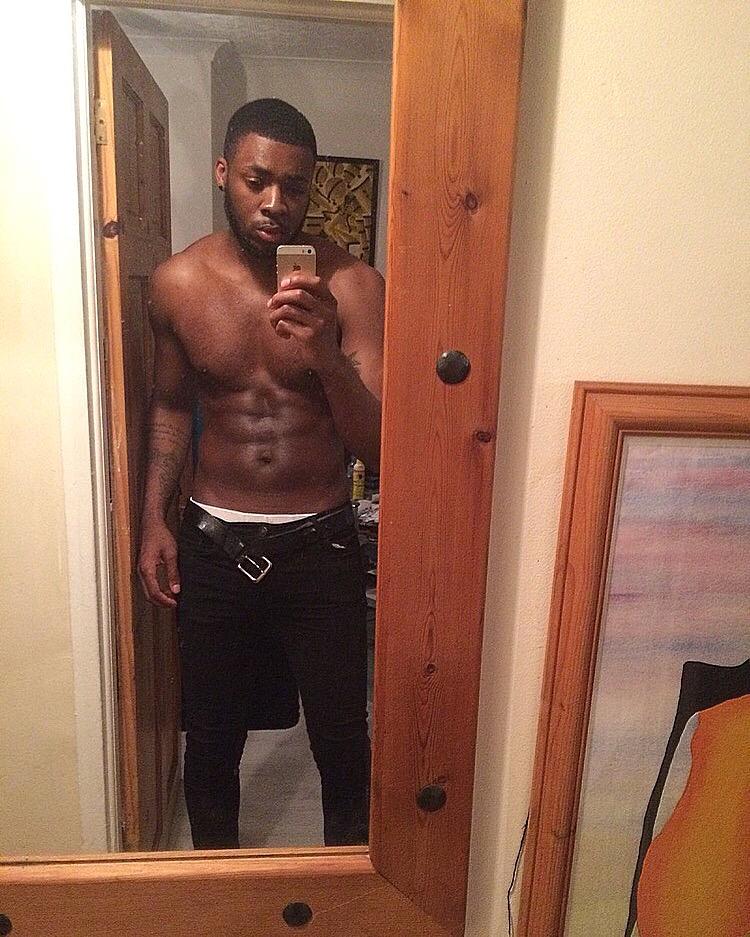 What do you do to stay in shape, do you go to the gym?
I actually haven’t been to the gym in 4 years lool. I do home work outs at the moment with heavy focus on legs. I eat incredibly unhealthy so it’s amazing that I stay in shape.

How do you balance your personal and music life?
It’s actually really hard. You have to stay very focused and structured. I try to set myself targets and deadlines to make sure everything runs smoothly.

You are also known for looking good and dressing well. How do you use it to communicate through your music?
Thank you so much. I think Instagram is a powerful tool. So I try my best to keep the market captivated. I think music videos are the best way of displaying everything you have to offer also. 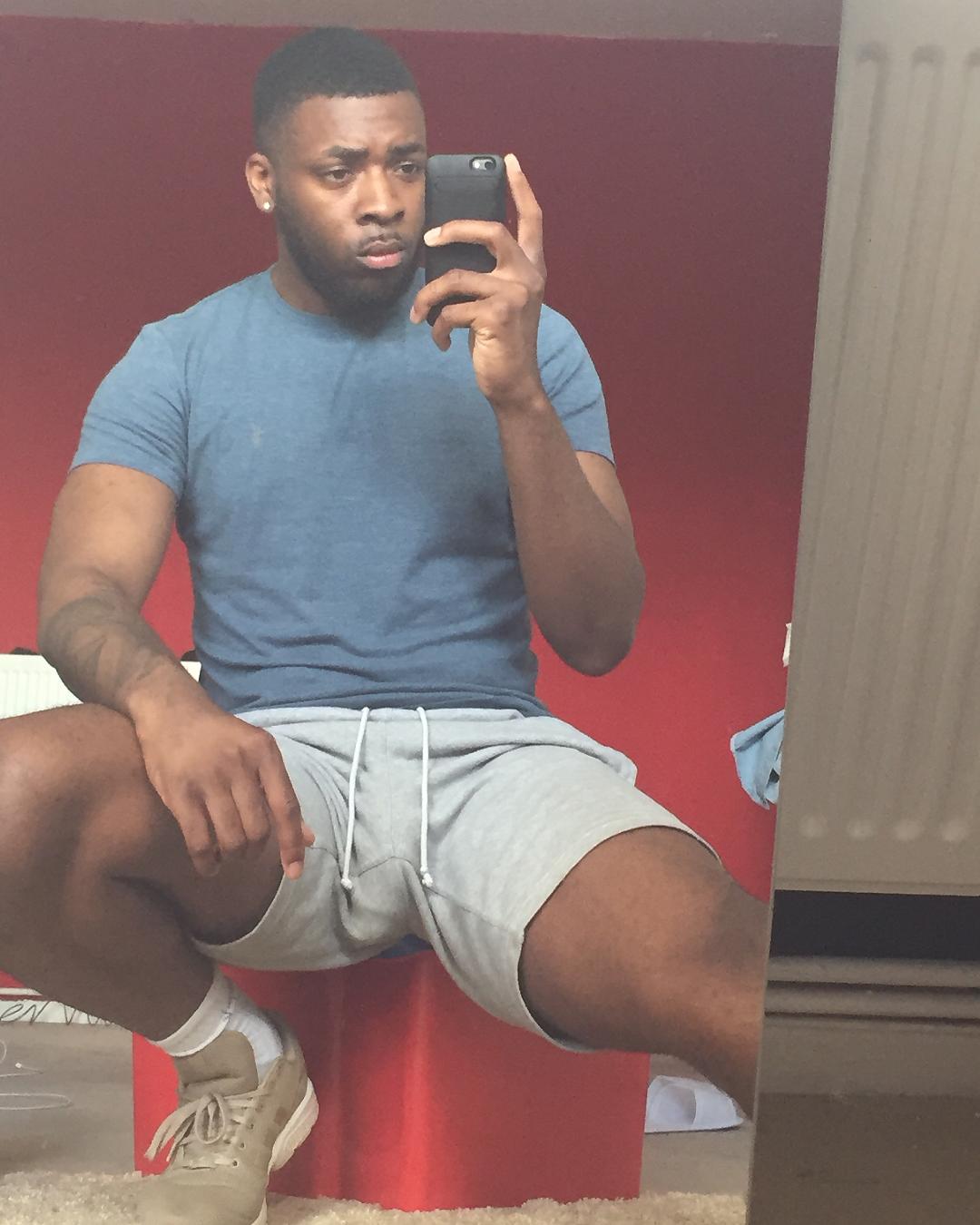 You seems to like teasing the rest of us with his d*ck print all over your Instagram. Why so and do you get negative feedback/comments?
Haha! 3rd leg. I think it’s safe to say sex sells. I think if people market themselves in a intelligent way then they will rip the rewards. In my case it’s not commonly known for a male rapper to be heavily sexualised so I’m trying my luck haha. But I have had a great response so far and also has lead onto a lot of opportunities and exposure. I have received a few negative comments but I’ve noticed the few people who have are the same ones to replay or save my photos or videos on Instagram haha.

How would you describe the music scene, when it comes to encouraging new acts?
It’s very cut throat. I think popularity wins everything in the end. I would advice any new act to have some form of following before they come into the game. It is hard work when you are trying to go for pro with a ‘borrowed fanbase’. 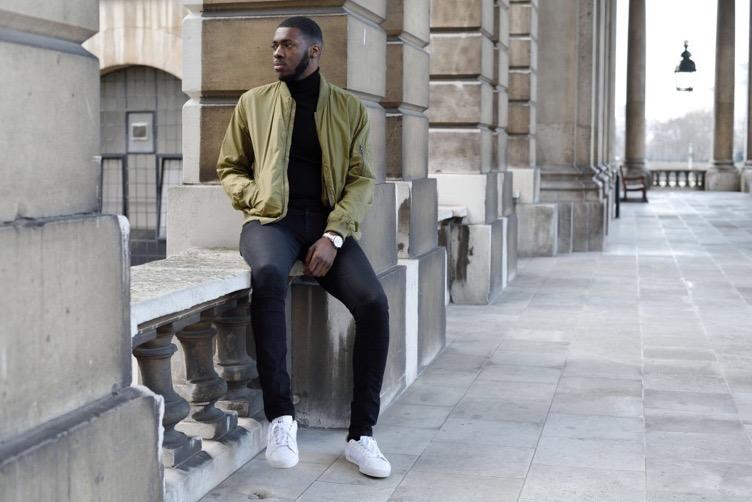 What do you consider the most common stereotype about the modelling industry?
That everyone is fake.

What aspect surprised you the most once you started as a musician?
That I actually sounded good on a song haha. I didn’t also know what mixing and mastering was.

Looking back to when you started as a rapper and model, is there anything you would like to change about those industries?
Hmm I have no regrets I would say to write more though. And not be so air headed to people coming your way with bad deals. 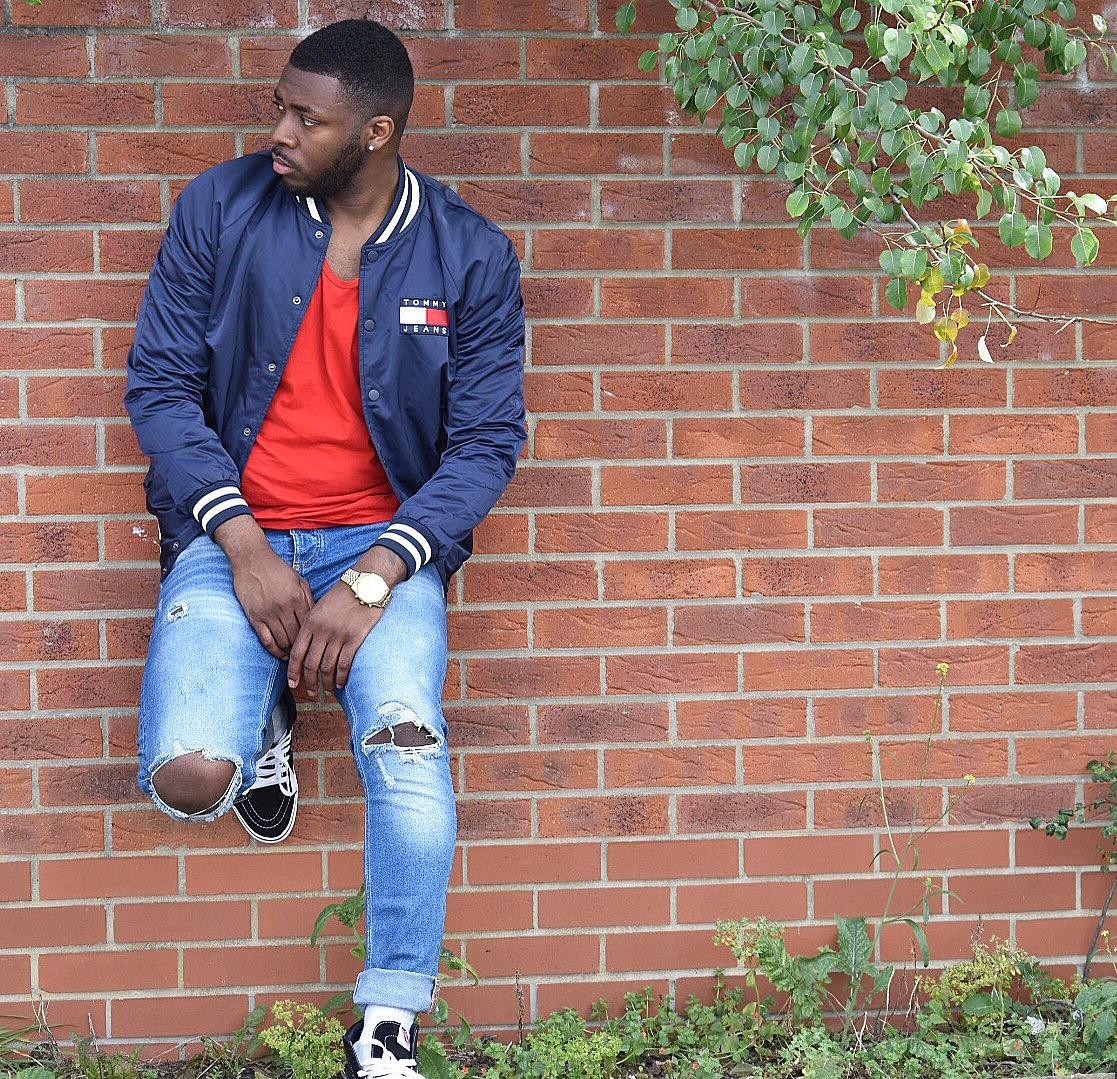 Which brands, clients, designers, photographers, artists, producers, directors, etc, have you worked with?
Asos, Ghost K films, Troi Boi, Travis B (director) and currently in talks to do some Tyler Perry productions.

What do you consider your biggest professional success so far?
Landing a reality TV gig in a whole other state.

Who do you want to work with that you haven’t yet?
Big Sean 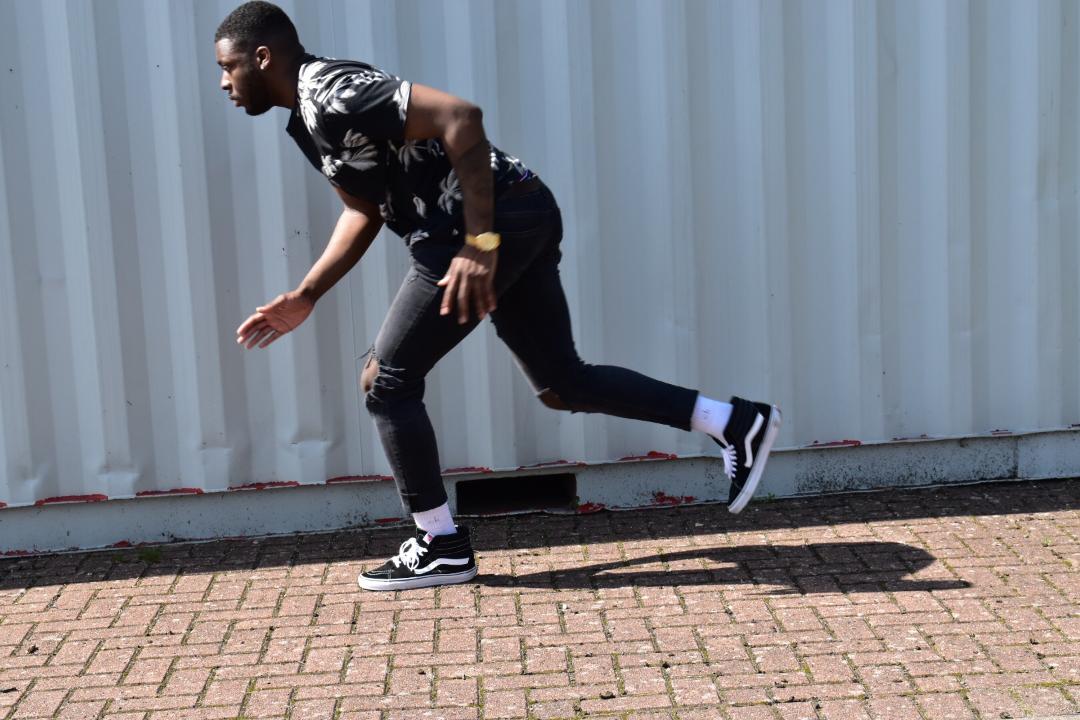 What has been your biggest challenge?
Overcoming negativity at times. You have to go above and beyond. Never meet negative energy with negative. You will only creative a bigger negative.

Tell us two things people don’t know about you?
I run biscuits under water before eating them…. don’t know why I just like them wet aha.

With over 40k followers, you are very active on social media. Do you think its important to be online and if so why?
Definitely! I think in this day and age. Social media is everything. I would not be doing this interview without it. 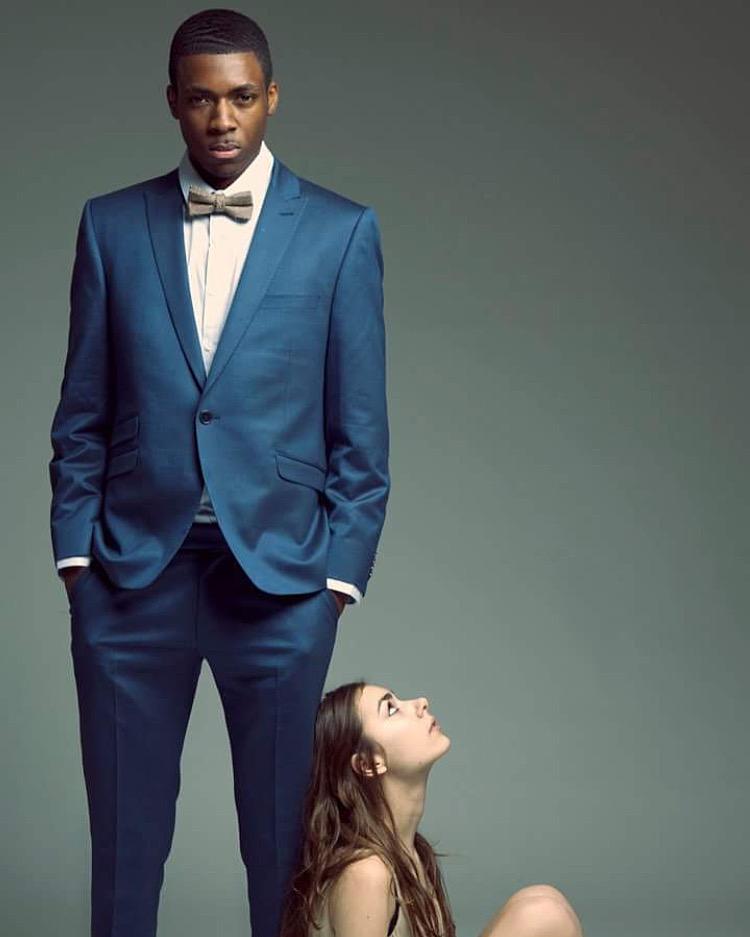 You are now currently based in London. How is that working out for you?
I was born and grew up in London. It’s great and I love it. I do love overseas though because that’s where the actions at. 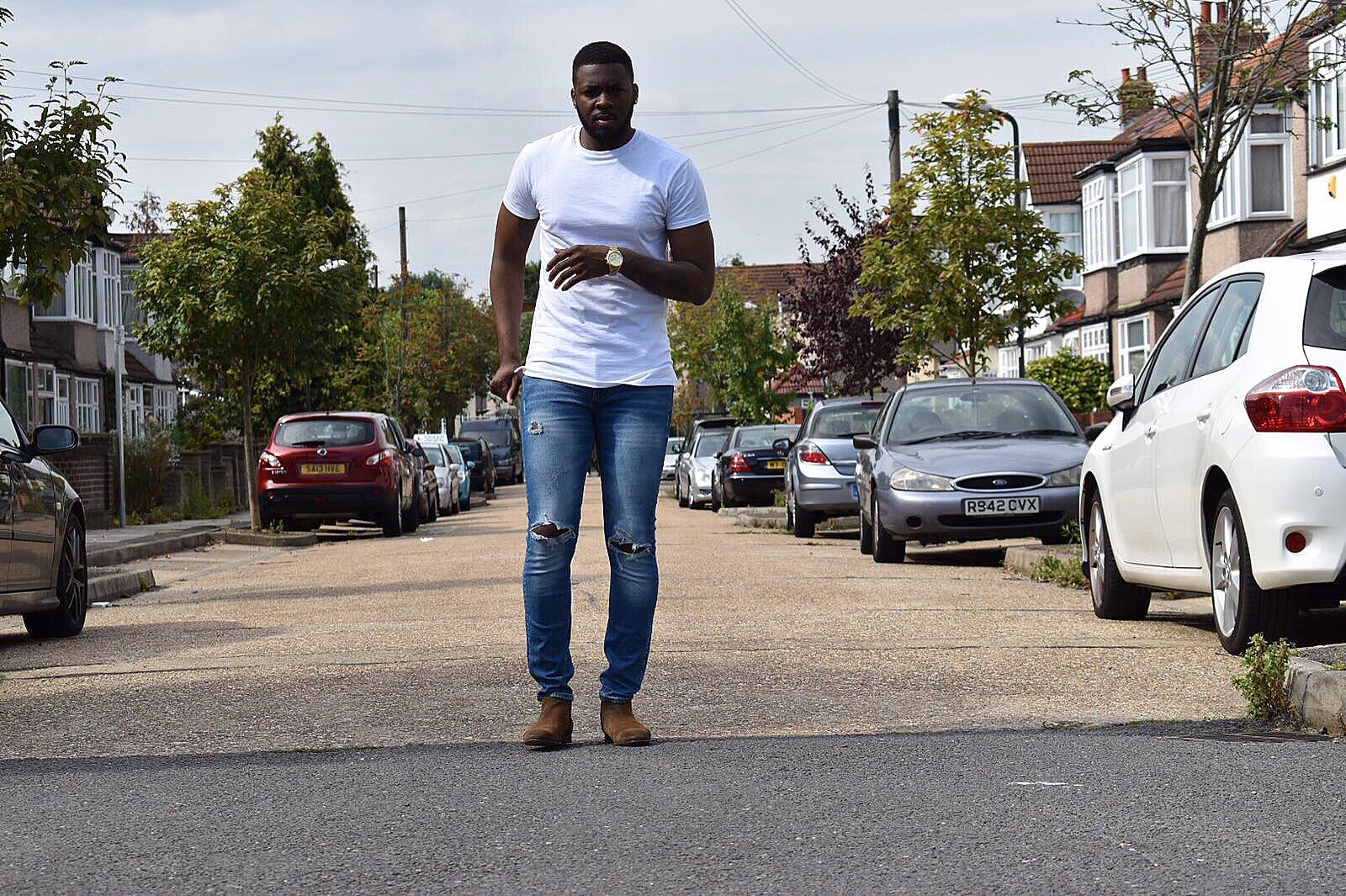 Name 5 things we should take seriously about our style choices?
1. How it shows your character
2. The fit
3. Colours
4. Brands
5. Does it reflect your energy

How would you describe your style?
Current, signature and trendy.

What style music genre appeals to you the most?
Hip Hop 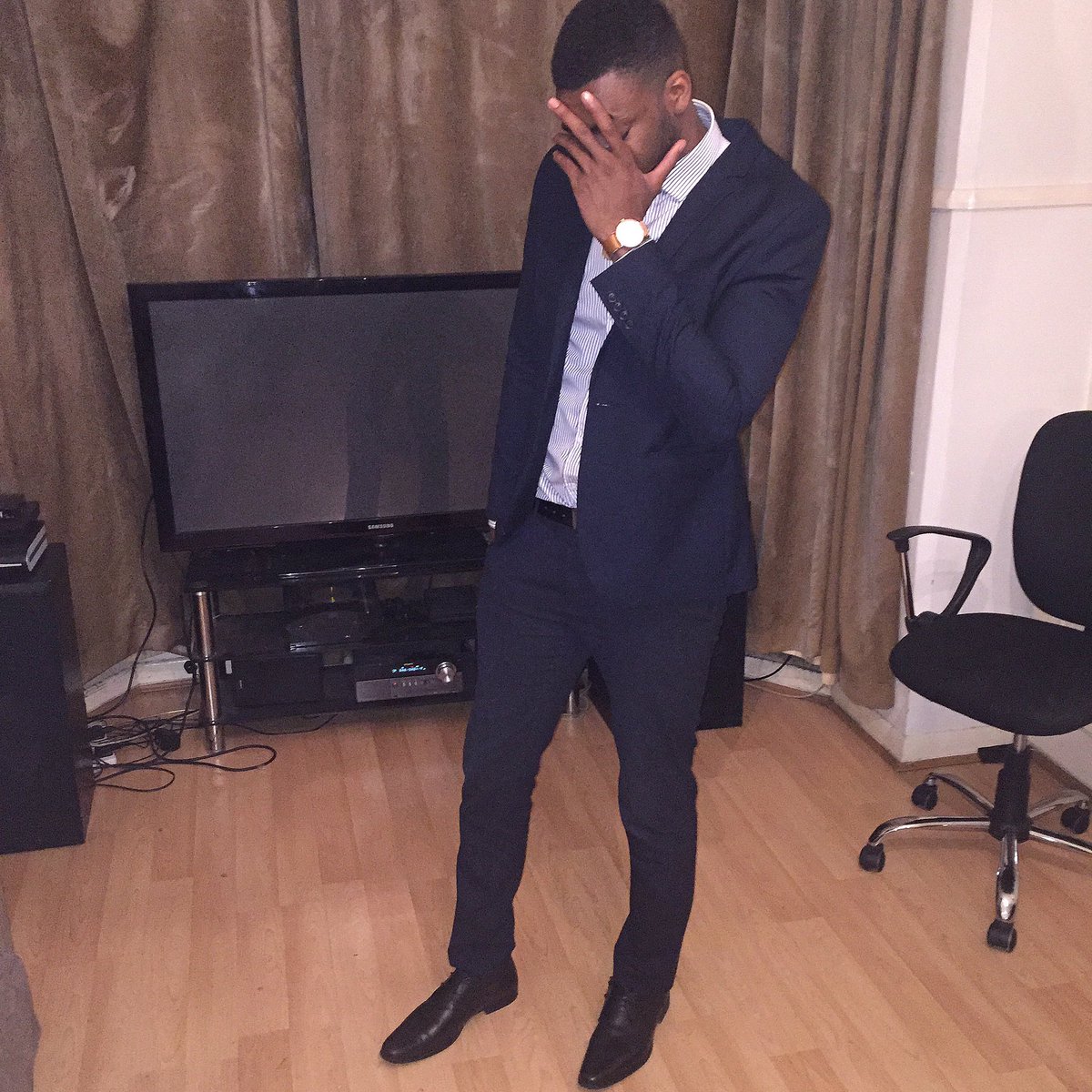 What are your favourite fashion trends?
I think Scott Disik, Jaiden Smith and Asap Rocky are killing it at the moment.

What is your favourite dish?
Pizza 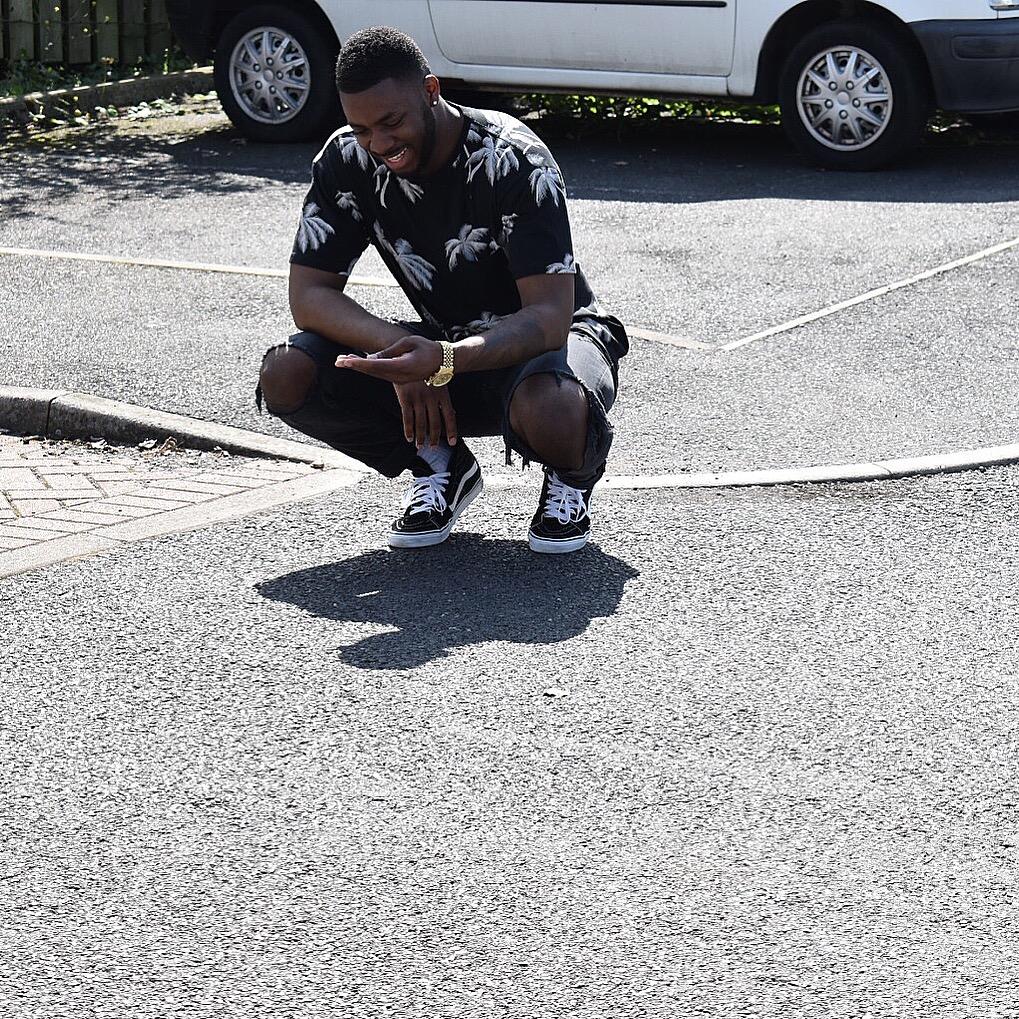 What songs are currently on your playlist?
Chance the rapper, Aaliyah, Missy, Big Sean.

Apart from music, modelling, what other projects are you currently working on?
A reality TV show.

Seeing you’re doing your dreams, what advice can you give others to pursue their dreams?
Thank you so much! Just believe in your self and surround yourself with positive energy.

Any specific plans for the future?
Conquer the world!

Any final words?
Thank you so much for taking time out to here my story. I love you guys for real.

Continue Reading
Advertisement
You may also like...
Related Topics:Featured, London, Look At You, Model, Moodswing, Piece Of Mind, R.A.Y, Rapper, Stole My Swag