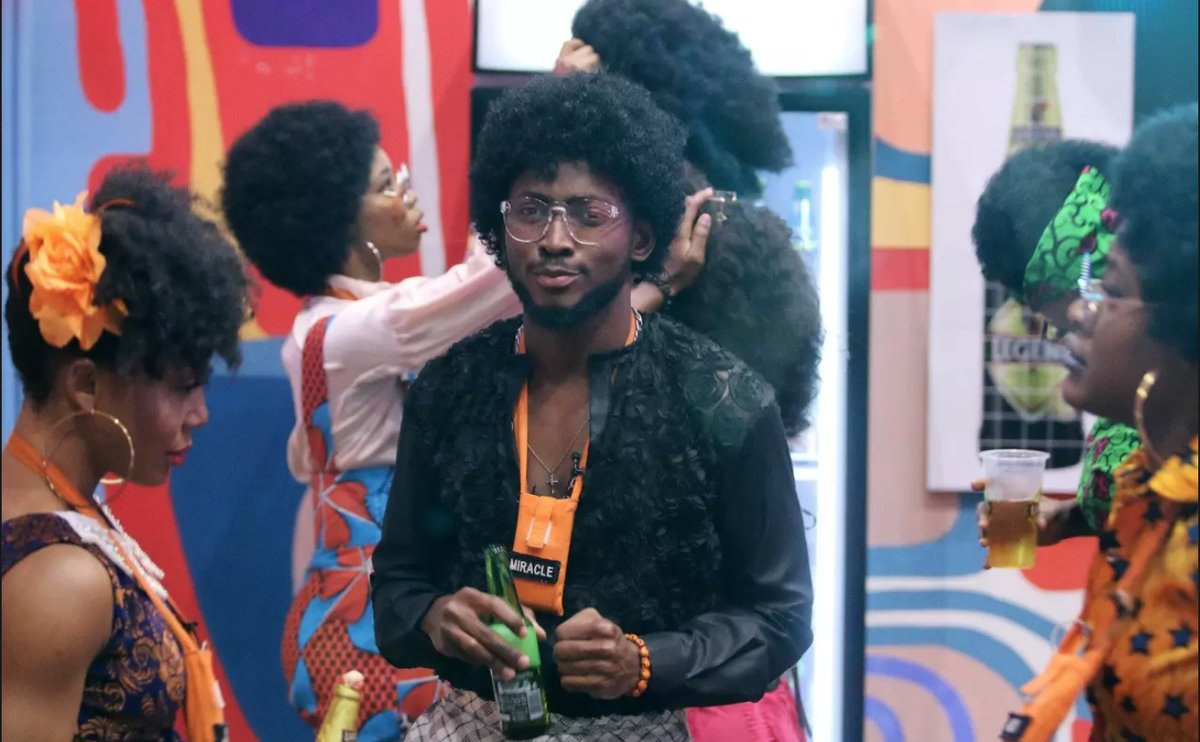 Housemates had a rather slow start of the weekend, and so it came as a delightful surprise when they saw two Ninjas enter the House with huge trays of colourful individual cups that they laid on the coffee table. Biggie had sent them with some very sweet treats to celebrate their victory of the night before.

Earlier today, Alex had taken it upon herself to bang the House out of bed as she walked from room to room beating a metallic spoon against a dish to her peers’ greatest annoyance. At least this unusual alarm-clock left them no other choice than begrudgingly leaving their beds. Yet even after breakfast, Housemates were still lazing around wearing pyjamas. Even Miracle who had won with flying colours had to be dragged out of bed by the feet and escorted by the Ninja to the lounge to unveil his recompense.

The Storm Before the Strike

The sight and smell of the cups of ice-creams, chocolate and all-sugary desserts quickly got Housemates back on their feet as they needed no persuasion to let the sweet storm sweep through their bodies. Judging by the sparkle in their eyes, and satisfaction on their faces, Housemates made no attempt at hiding their sweet tooth. Everyone was happily munching, licking spoons, chewing and making crunchy noises of contentment.

Yet with a sugar high, the chit-chats started again, as if no one seemed to remember that Evictions were just around the corner of the Double Wahala House.