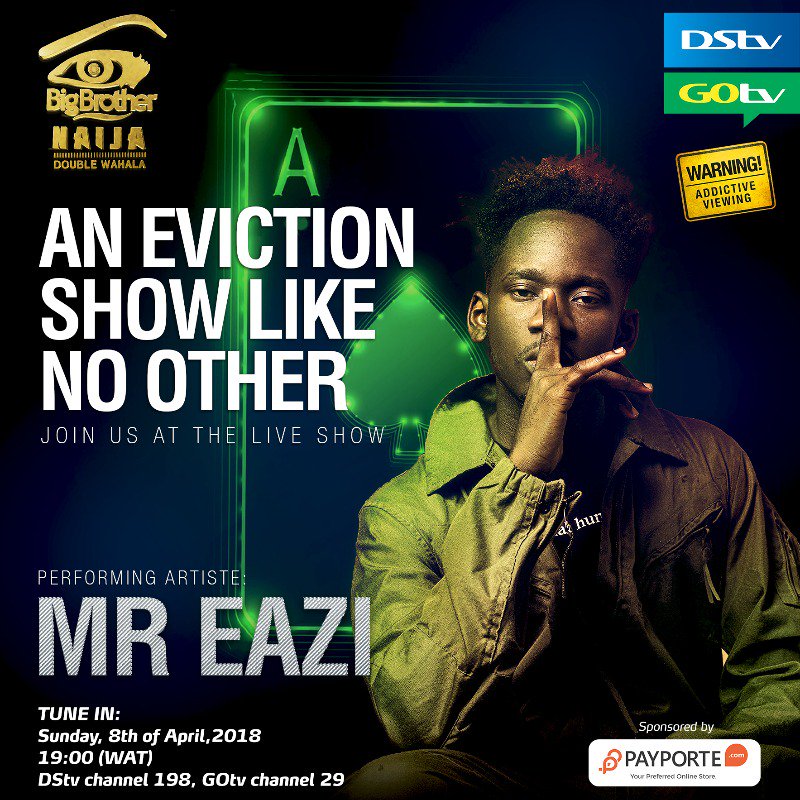 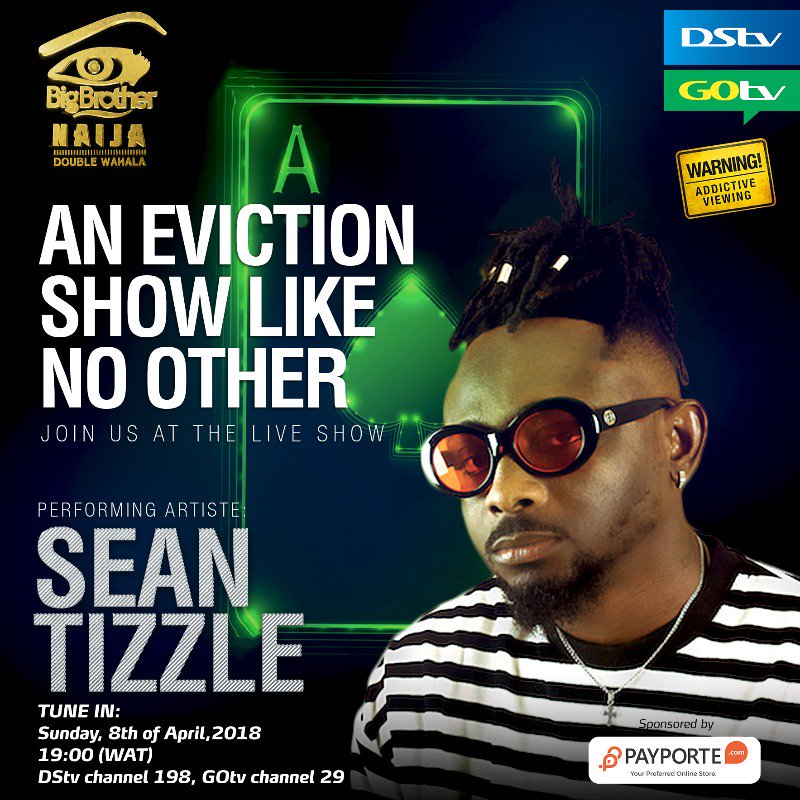 As Africa’s most populous country, Nigeria not only boasts an interesting cocktail of dialects and cultural reference; the country is also one of the world’s top entertainment producers and just as it’s been for the past 10 weeks, the Big Brother stage’s trails will be blazed by two extremely hot acts, Mr Eazi and Sean Tizzle.

Easy Does it with Mr Eazi

Nigerian born and Ghana groomed Oluwatosin Oluwole Ajibade, popularly known as Mr Eazi grew up listening to music at the breakfast table, thanks to his father’s blooming records and besides the common ‘choral’ beginnings, his passion for the drum and African symphony was shaped during his years as mechanical engineering student. Making him the Banku music pioneer that he is today.

Seeing as he was born into an entrepreneurial family, his love for music went far beyond just good sounds, this to him, was a business venture. Despite having quit being a club promoter due to having been let down by an artist booked for the biggest event he’d attempted to host, Mr Eazi’s continued efforts saw him dropping his very first Mix tape ‘About to bow’. He went on to collaborate with Ghanaian Sardokie amongst other giants of rhythm and thanks to his international recognition attributed to his hit ‘Skin tight’, Mr Eazi has since been signed to heavy weight artist Wiz Kid’s Star Boy entertainment, where he released his second mis tape ‘Life is Eazi vol. 1’. Which such accolades under his belt, there’s definitely more to be heard.

Morihanfen Oluwaseun Oluwabamidele, Sean Tizzle to all of us, is another musical force to be reckoned with. The Ikeja born and Ikorodu raised singer and song writer is one of the few musicians whose academic backgrounds coincides with his current activities. Having majored in theatre arts, music and the arts have never been a mere avocation.

Having begun his journey as a rapper with a group called ‘3-Way Band’, his preferences quickly changed when he discovered what good a singing he had. Further fuelling his passion and staying true to the dream, he’s had to hustle like any other artist, so much so that he once slept in gate-man’s house.
All those sacrifices eventually paid off as he started making moves. Having been signed to two record labels, his current home ‘Difference Entertainment’ being one of them and bagging endorsement deals from commercial giants such as MTN and Barcadi Breezer, Sean Tizzle has proven his worth; and his albums ‘The journey; and electronic project ‘Moving Forward’ proves just that.

Make sure you tune into this Sunday’s Live Show where we’ll be saying goodbye to at least one the Nominated Housemates; call it tears and rhythms.