Missed out on today's dose of #DoubleWahala? Don't worry we have you covered in the highlights below. #BBNaija pic.twitter.com/1YFvXkMqom 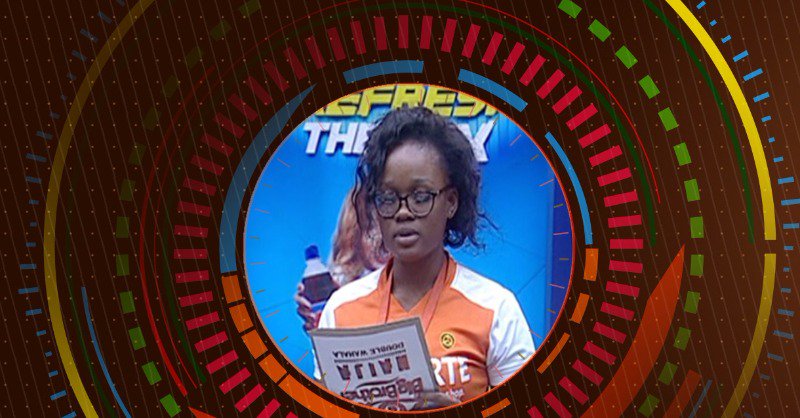 The Housemates finished off their challenge off when Biggie asked them to read the remaining art work they’ve done.

In beautiful words, the painted the evicted Housemates in words that described their stay in the House and what they’ll always remember about them.

The poetry session was led by the Head of House, Alex other Housemates took time reading out what was written.

Cee-C moved the House with a poem to Teddy A saying that the only word that can describe him is ‘Man’ and that is because of his ability to carry everyone in the House despite their faults.

She added that they wish to have experienced him but Bambam beat them to it and they understand why and he will always remain their Big Brother.

Nina’s to Bambam was straight forward. She called her a banging figure and a woman who’s ready to take over the world. “You love love, and you are loved’ Nina continued.

On remembering Rico Swavey, Tobi described him as he was in the House. ‘You were real to all and free to all. Talented than us but never flossed on us, Tobi read.

He mentioned his ability to switch in an out of characters but he said he never derailed from who he was. He then concluded that the girls miss his goofiness but the guys miss his presence.