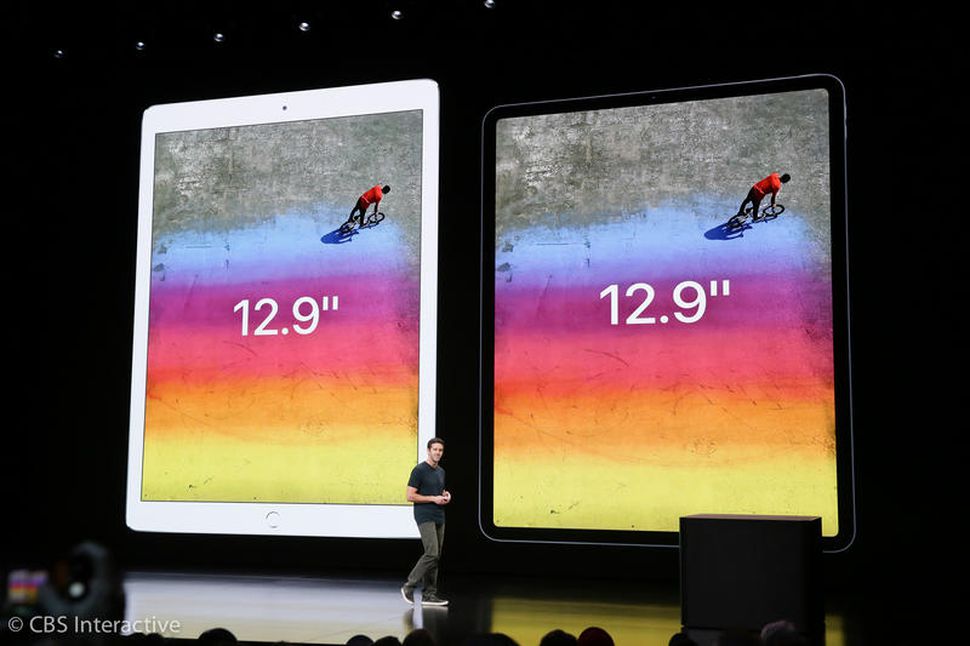 Apple‘s second hardware event of the year was basically to give some show time to its second string of devices.

The company opened with an ode to the Mac. CEO Tim Cook revealed it’s reach an active install base of 100 million Mac users, 51 percent of which are new buyers. And, according to him, it’s time for a “new Macbook Air.”

The new Air will come with a 13.3″ Retina display, with a 4 million-pixel resolution. The aluminum bezels are also being replaced with narrow black glass. It’ll also have a Touch ID sensor built into the keyboard, like Apple‘s handheld devices. Apple also promised the device will have better processor and storage options, along with a more stable keyboard and larger trackpad. Despite all of these new features, it’ll weigh only 2.75 pounds.

The new Macbook Air will be available in three new finishes, starting at $1199. It’s available to order starting today, and to buy starting next week.

Cook, who looked like he’d had entirely too much coffee this morning, next revealed a “small but mighty” Mac device — the new Mac Mini, available in a sexy new space grey finish.

The company touted the better processors, in particular quad-core and 6-core options, which apparently makes the new device five times faster than before. It will also be available with up to 64 GB of memory, and starts with 128 SSD in storage.

Starts at $799. Like the Macbook Air, it can be ordered today, and will be available next week.

As expected, the new iPad Pro was the darling of the event. Coming in both 11 and 12.9 inch variants, it’s 5.9 millimeters thin, a full 15 percent thinner and 25 percent smaller than its predecessor. And, as expected, it now has Face ID replacing the Home button.

Due to the lack of a button, it uses the gestures from iPhone X. It runs on the A12X Bionic chip, with graphics apparently comparable to an Xbox One S. It’ll also come packed with magnets that allow users to attach their Apple Pencil and the new folio keyboard, which can also be charged wirelessly when attached.

And, as expected, they’re moving to USB-C, making them the first Apple devices to do so. This means the iPad Pro can be hooked up to a number of new devices, and even used as a charge port for a phone.

The 11-inch model is available starting at $799, and the 12.9-inch at $999. They’re both available to order today and will arrive in Apple stores on November 7.

In addition to the hardware, Apple also announced it’d be adding 60 new sessions to its “Today at Apple” in-store teaching programs. According to Angela Ahrendts, head of retail, the sessions will include video and music editing, photo labs for kids, and special photo, video and music labs for teachers.

In addition, the Apple Store app will now show users events at the Apple store closest to them, and can be tailored by which devices they own.

Tim Cook also took a moment to introduce the latest iOS update, which will be released today. The most notable changes with the update are the new Group Facetime and 70 new emoji. The latter means we’re finally getting the emoji revealed back in July, which includes new emoji for red hair, grey hair, and no hair, along with a lettuce, a peacock, yarn, and a cupcake.

That’s everything, aside from a performance by a nervous Lana Del Rey. Hopefully we’ll see more of the new iMac some time next year, since we got no teases this time around.

VIDEO: Roll In by Seun Ayeni GGG: Husband and Wife Shoot Music Video With a Smartphone during COVID-19 Lockdown