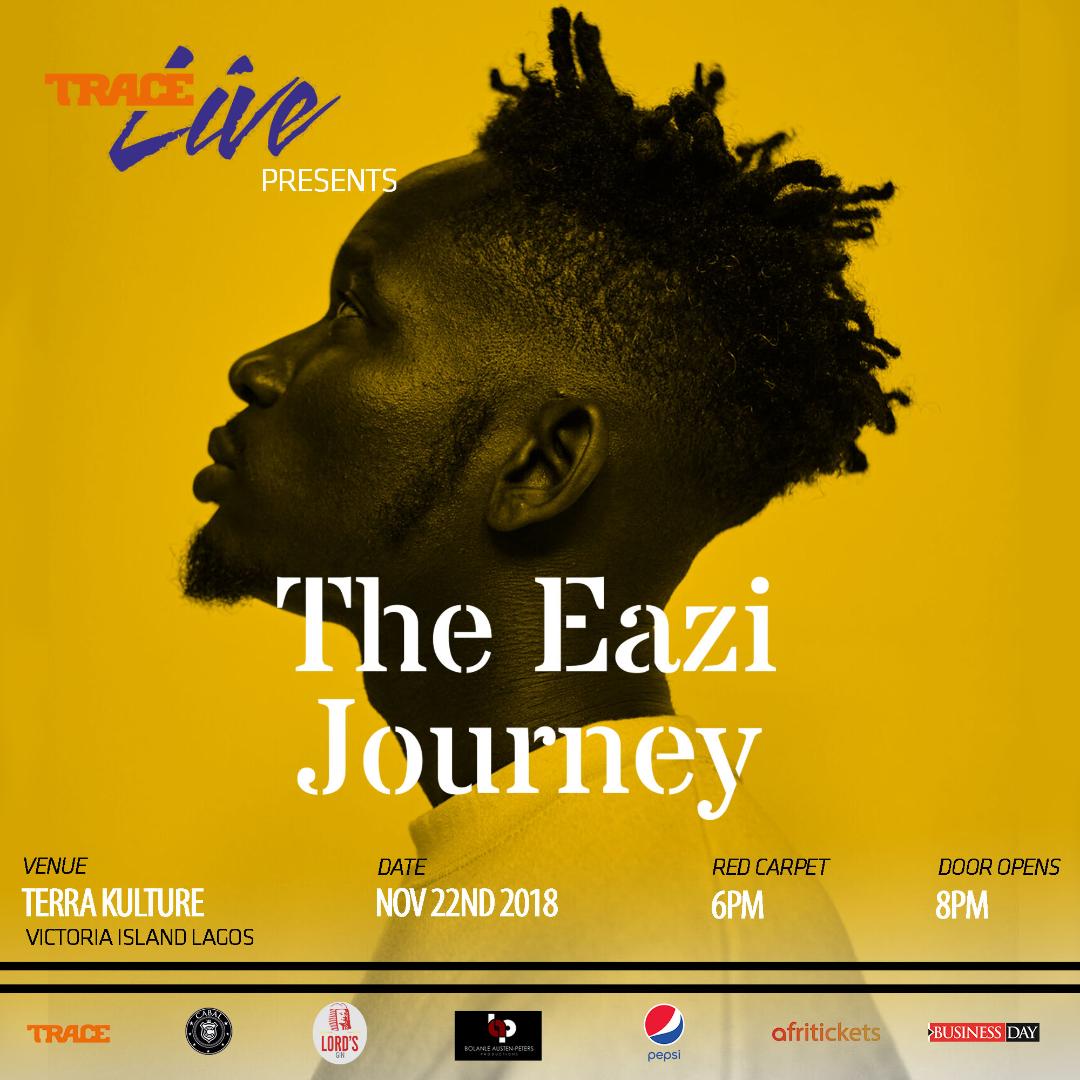 Some say Mr Eazi is Nigerian by birth, Ghanaian by calling and Londoner by base. But with his new album ‘Lagos to London’ featuring heavyweights from Nigeria to Europe he has solidified all the different worlds he embodies. Now he is bringing all these different musical pieces to stage for Trace Live, which if going by recent editions, promises to be an epic show. Trace in collaboration with Cabal and Bolanle Austen Peters presents “THE EAZI JOURNEY”. On the night, fans will journey through the life and music of one of Africa’s fastest rising Afrobeats artistes, feeding into his Afrobeats vibe, his Ghanaian hiplife and the UK grime sound that has shaped his career.

The Eazi journey, courtesy of Mr Eazi, is the fifth in the Trace Live series that has in the past had amazing performances by Omawumi, Flavour, Adekunle Gold and Falz the Bahd guy. Each of their live music displays has redefined the landscape of Live Music in Nigeria and also showcased the acts in brilliant forms. First was Omawumi who reasserted herself as a musical phenomenon at the maiden edition. Then Flavour raised the bar with the beautiful highlife vibe and a dash of sultry pop to the cheering of a very discerning crowd.  Adekunle Gold pushed it up a notch by thrilling the audience with his new album, About 30 which has been critically-acclaimed to be his best body of work. Falz got everybody talking about what has been arguably described as one of his best performances yet. “Mr Eazi is clearly one of the best music ambassador as recognized by apple music in New York Times Square” says Sam Onyemelukwe, Managing Director, TRACE Anglophone.

Trace live with Mr Eazi continues from a rich tradition and would redefine it with stage theatrics and good old hip sound. Having crossed borders previously with his mixtape Accra to Lagos, Mr Eazi transitions across continents with his new EP moving from Lagos to London. With a fusion of Afrobeats sounds and Banku Music, Mr Eazi generates an electrifying energy with his musical genre with a pattern that has magnetic appeal within and outside Nigeria, hence the wordplay of his new album “LAGOS TO LONDON”. An odyssey that we all must partake in.

TRACE LIVE, has set a new benchmark in live music in Africa’s most vibrant industries. The show, which spotlights an artist and their band, is sponsored by Lord’s Gin, Pepsi, in partnership with TRACE.