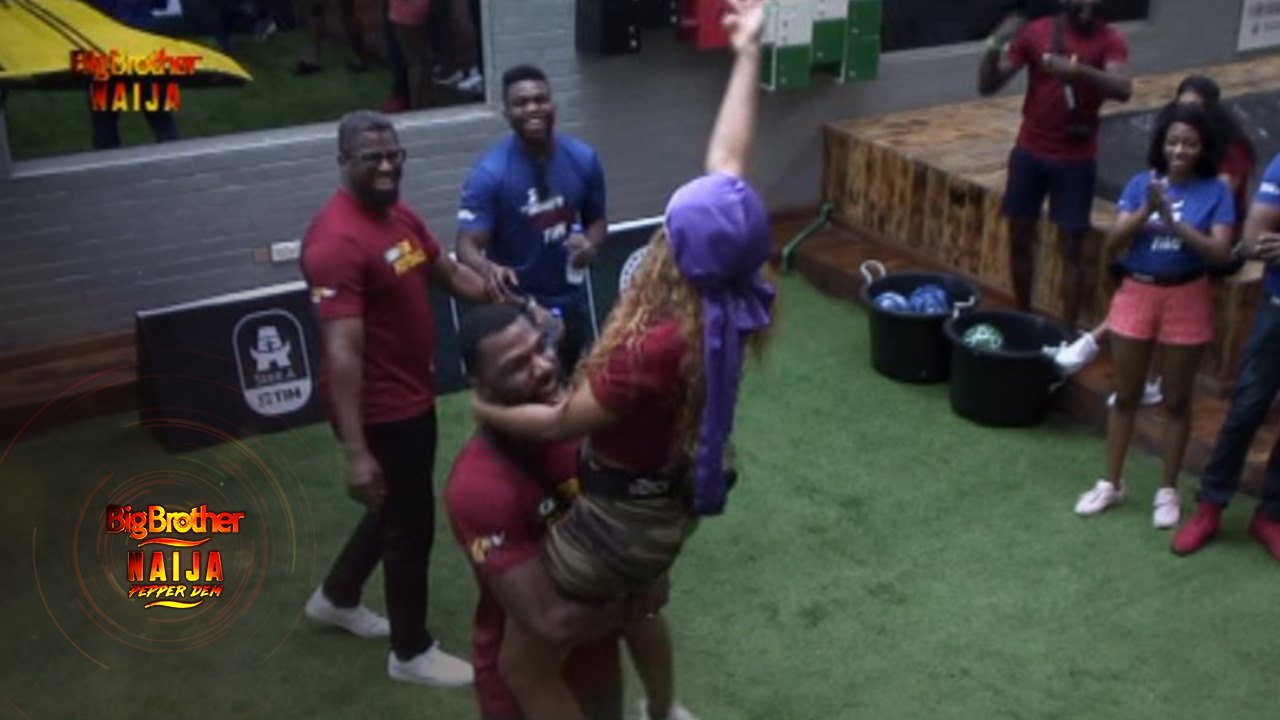 The game just got tighter between team Icons and team Cruisetopia…

With three activities planned for them today, the Housemates were first Tasked to unleash their individual football abilities.

Adorned in SuperSport t-shirts that were worn throughout the duration of the activities, the Pepper Dem gang participated in a fun football puzzle where each member of both the Icons and Cruisetopia teams had to match some of their football stars to their clubs and leagues.

For this first Task, the Housemates had to play the puzzle challenge in their bedrooms – which barred them from using the bedrooms until the end of the challenge. Sorry, sleepy Ike.

At the sound of the buzzer, each team had a total of ten minutes to enter the bedrooms, pick a single puzzle and solve. Once the team got satisfied with their solution to the puzzle, they had to proceed quickly to the next bedroom and solve a puzzle in that room.

The second activity on today’s menu involved a game of – ‘How well do you know your football stars?”

The third part of the football Task was a simple game of football in the garden. The Icons and Cruisetopia teams took turns in impressing the special guests – Mozez Praiz and Joseph Yobo – with their special football skills.

First, we had the Icons who stood out during the puzzle Task as they correctly defended the game which was met with sounds of victory. Afterwards, the Housemates were ushered into the garden for the final lap.

Upon her first attempt, Mercy wowed her fellow Pepper Dem Housemates the moment she scored a well-deserving goal. It’s football season and Mercy showed the Pepper Dem gang that she’s football ready. Her win for the Cruisetopia team was met with loud claps and a big hug from her team members.

Another win for Cruisetopia team as Gedoni successfully juggled the ball 45 times, without a break. Of course, this clearly spelt a big win for the team, especially for the leader of the cruise gang association – Mike.

The game just got tighter as each day unfolds challenges for the Icons and Cruisetopia teams. How well will they survive in this battle?