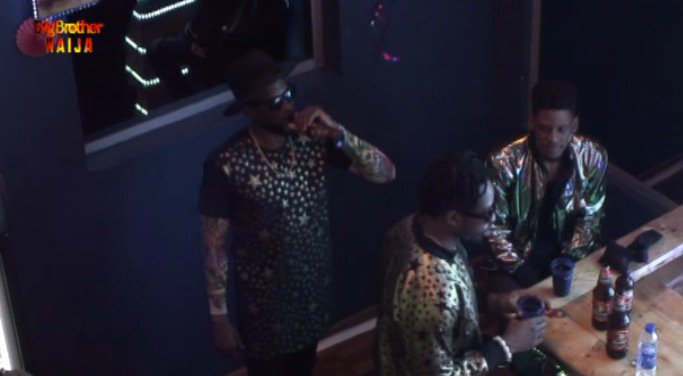 Why won’t the Big Brother Naija Housemates not lit up the dancefloor? After winning in the Indomie cooking challenge, all they had to do was infuse their joy into their dance steps as they partied like no tomorrow.

When the Housemates heard the gbedu the DJ played, they had no choice but to turn up. After an intense week in the Big Brother Naija House, it was refreshing to see the Housemates let it out on the dancefloor. After all, if they don’t let it out, wetin dey gain?

In between the grooving, some of the Pepper Dem Gang thought it nice to spice up the Party with a runway show. With Elozonam acting as the cameraman, Mike, Venita and Khafi strutted the dancefloor moving along to the banging beats from DJ Enimoney.

Differences To One Side

We are sure Seyi and Tacha pulled up a fast one on people today as they danced together with nary a care in the world. Recall that these two had a misunderstanding some days back which resulted in both of them exchanging some unrestrained words. The tension between these two seemed to vanish as they danced away their quarrel. Seem like all is well with TataSe.

The Housemates have partied away their problems at the Party, we are looking forward to them creating new ones at the after-party.