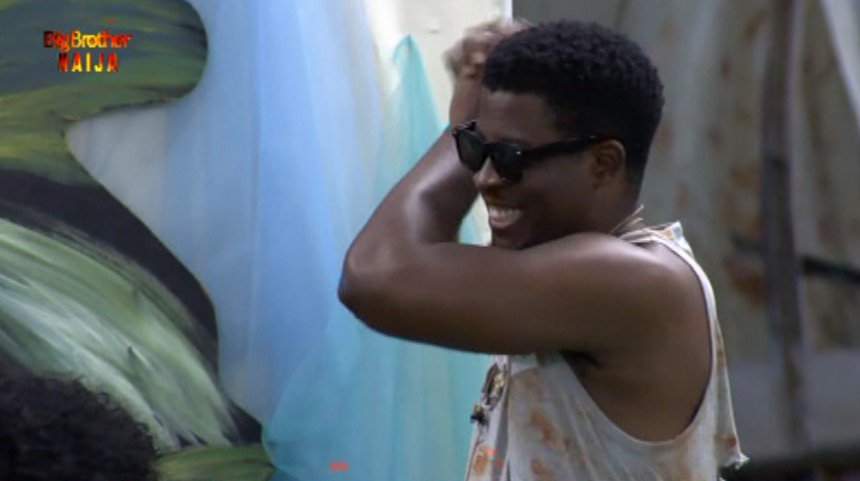 The preparation for Diane’s planned pool party tonight did not come in the way of the Housemates’ competitive spirit as they fought their way to an Arena win. For a prize of 400 Bet9ja Coins and a chance to be rewarded with two million Naira, courtesy of Bet9ja, there’s no limit to how fast you can go in Biggie’s House.

All the Housemates had to do to complete this challenge was to burst a single balloon using their buttocks only. In other news, they had to sit on the balloon to make it pop. For this, a special mat was provided for this challenge in which the balloon had to be popped on. Easy right?

For this challenge, a reference picture of the puzzle was shown to the Housemates to attempt to solve this puzzle.

Seeing that the Housemates have been Tasked by Biggie on the game of puzzles, it was no surprise seeing them comfortably go through this challenge. Or so we thought until Seyi and Ike breezed through the puzzle hurdle like bosses, which earned them first and second places respectively.

Saving The Damsel In Distress

A mysterious damsel in the Arena needed the help of the Pepper Dem Gang and it was their duty to provide her with a lifebuoy for her rescue. Standing on a marked position, their challenge was to throw the lifebuoy around the neck of the distressed damsel. This sure tested their patience, especially Tacha’s.

For Khafi and Omashola, this was the master test in tonight’s challenge. The treasure chest had several keys and only one of the keys on the table could open the lock to the chest.

Their challenge was to open the lock and fetch for themselves the special gold Bet9ja Coin – which they ended up taking out of the Arena as souvenirs from Biggie.

Starting with Elozonam and wrapping it up with Seyi, the Housemates took turns in Biggie’s Treasure Island.

Wrapping up the challenge, Seyi completed the Arena Games like a boss as he finished in one minute, thirteen seconds. Following him closely on the chart with a few seconds apart was Ike with one minute, forty seconds.

As a reward with the best time in the challenge, Seyi bagged himself four hundred Bte9ja Coins and 20 Coins for each of his teammate. What a time to be in team Enigma. In addition, Ike earned himself two hundred Bet9ja Coins for getting second place. Congrats guys!

With the Arena challenges getting more intense, who’ll eventually be crowned the winner of the Bet9ja Arena Games?