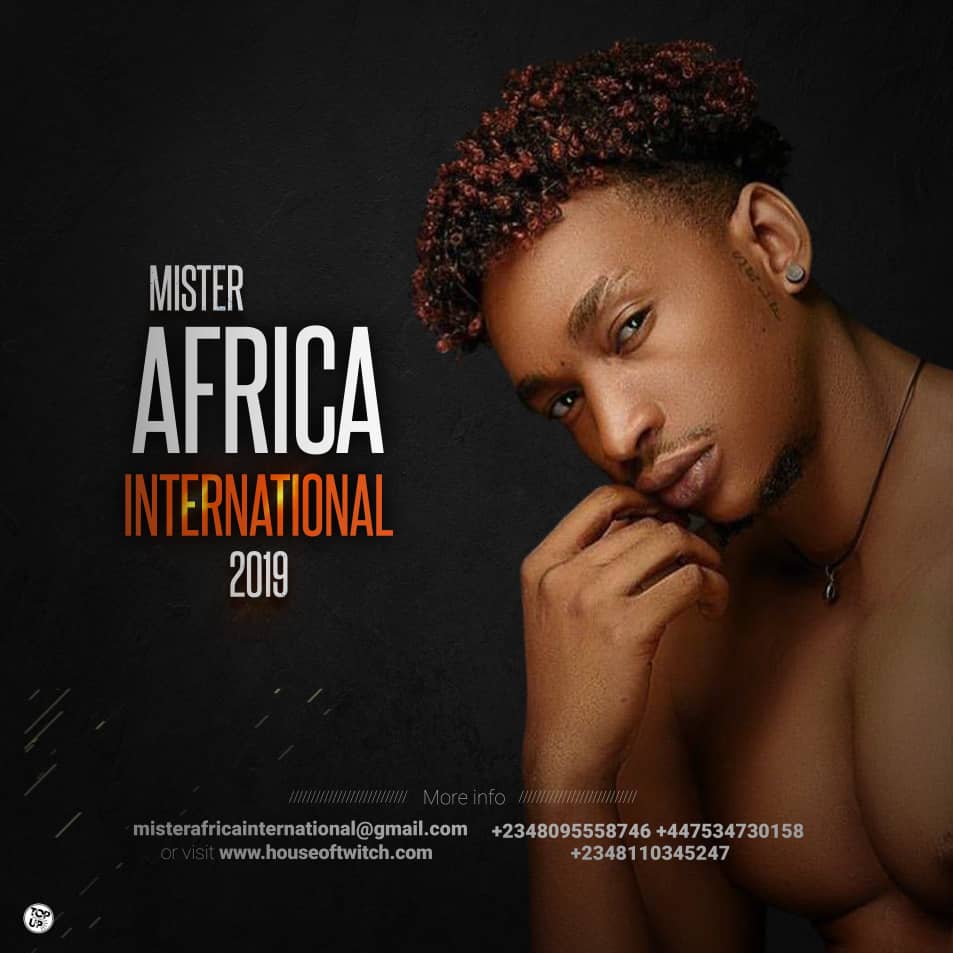 Jennifer Richards, Director of the London Based pageant made  the announcement’ We are pleased to return to Nigeria. Our directors and contestants from all over the world have always felt welcomed and has a great experience hence Lagos will host the show on the 7th of December , 2019‘

The Winners of the Mister Africa International travel to different countries during their year of reign , most notably Akol Dok of South Sudan (2016 winner crowned in London ) who traveled to 9 countries  including USA and used his prixe money to build a school in South Sudan.

Some have enjoyed a career in acting , most notably is  Ian Wordi of Ghana who won an acting gig during his time as Mister Africa 2015. He is an award winning actor who has appeared  in more than 10 hit movies. He is currently a Ghanian Tourism ambassador.

The reigning Winner, Calisah Jiwa of Tanzania has over 200 k followers and is verified. He has traveled to Zanzibar, Ethopia, Nigeria and Kenya. He launched his own shoe store called SHOE PLUG which is one of the biggest in East Africa. He has also covered numerous magazines including Twitch fitness and Man mag.

The event this year is packaged by Fitfam Magazine in collaboration with Nigerian Event and Talent Company House of Twitch .
More info on the event, please email misterafricainternational@gmail.com