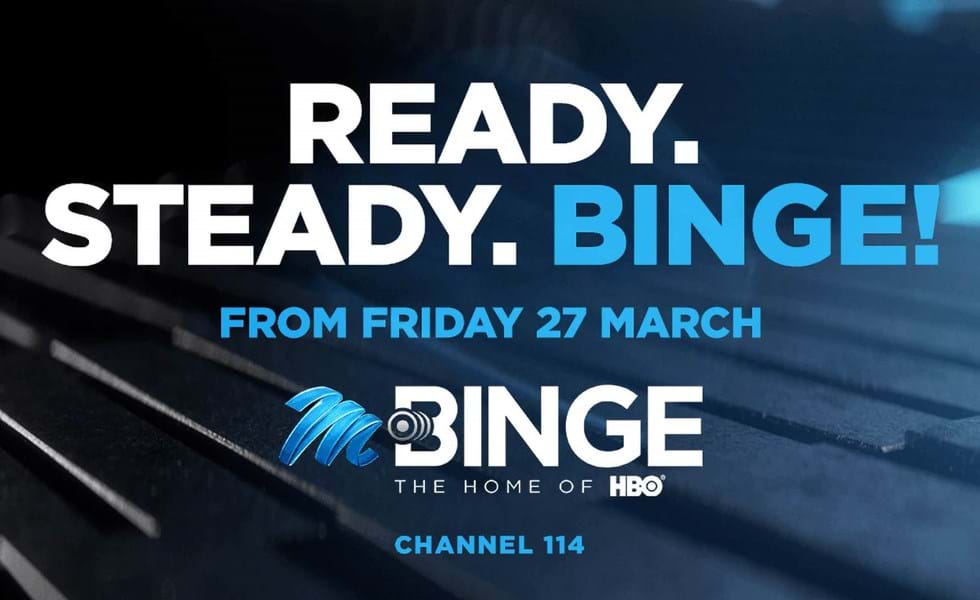 MultiChoice and M-Net have conjured up a must-watch pop-up channel with only the best of the best content from the HBO stable. M-Net Binge – The Home of HBO, channel 114 on DStv Premium and Compact Plus, showcases full seasons of edgy, award-winning series as well as a selection of riveting documentaries and HBO Original films.

M-Net Binge – The Home of HBO kicks off on Friday, 27 March at 19:00. Thereafter it will be available seven days a week, between 18:00 and 06:00, Mondays to Sundays. Why 12 hours only, series aficionados may ask. Only because of the racy nature of the channel and the age restricted material, which is not suitable for daytime viewing.

The weekday schedule for M-Net Binge – Home of HBO has been carefully curated to create appointment viewing. You will find the same series in the same time slot, on the hour, Mondays to Fridays. From series like The Newsroom, which earned leading man Jeff Daniels several TV gongs, to executive producers Tom Hanks and Steven Spielberg’s epic war drama Band of Brothers; and the biggest series of modern times, Game of Thrones. Not to forget recent masterpiece The Night Of and the cult series Six Feet Under. When insomnia hits in the middle of the night, there’s also Banshee, The Leftovers and Girls.

On Saturdays, up until 21:00, the line-up is packed with thought-provoking documentaries. At 21:00 there will be another episode of Game of Thrones, which is screened in the same slot during the week. Sunday’s schedule belongs to series that have been exclusive to the streaming service Showmax to date: His Dark Materials and Succession. That’s followed by a superstack (6 episodes) of classic Sex & The City, starting at 22:00. As a special treat for night owls, the next item on air is the HBO film at 01:00. The unmissable documentary picked for Saturday 27 March is Ice on Fire. Narrated by Leonardo DiCaprio, it investigates solutions to try and reverse the effects of climate change while time is ticking. The film on Sunday is Deadwood, the movie HBO created to conclude the hit series from the 1990s.