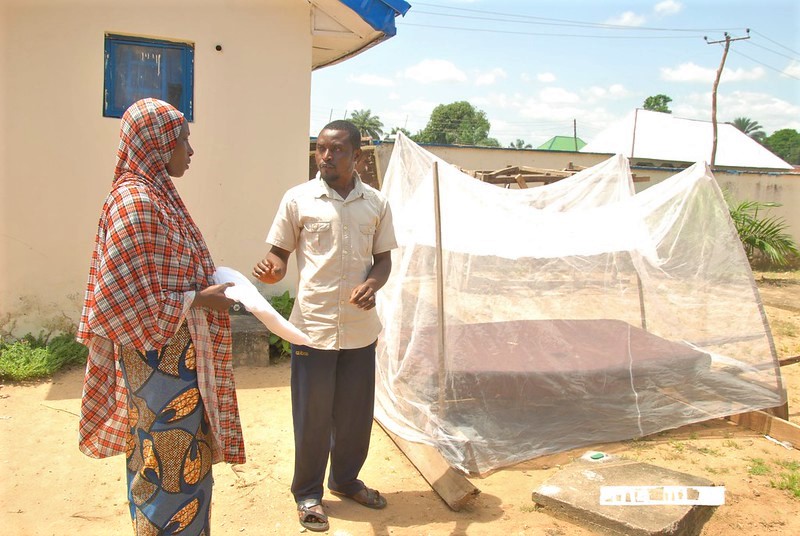 Over the next five years, the $90 million President’s Malaria Initiative for States (PMI-S) will serve as the flagship activity for the global U.S. President’s Malaria Initiative (PMI) in Nigeria. Since 2010, PMI has provided $712 million in investments, including the distribution of over 61 million insecticide treated bed nets (ITN), which are now in 43 percent of all households, twice the rate before the intervention.

“In Nigeria, members of low-income households in rural areas are seven times more likely to contract malaria than urban dwellers,” Patterson said.  “Because these communities also have limited access to prevention and treatment services, it is critically important to reach these populations to reduce malaria.”

In partnership with state governments, PMI-S will improve the quality of and access to malaria services, promote evidence-based decision-making, boost drug drug-based prevention and treatments, and strengthen health systems and program management.

The new activity builds on the success of earlier PMI-supported malaria interventions in Nigeria, which has helped the national rate of malaria infection decrease by 16 percent – even higher for children under five – since PMI began operating in Nigeria.  PMI has also helped increase the likelihood a pregnant woman receives malaria prophylaxis fourfold.

Led by USAID and implemented with the U.S. Centers for Disease Control and Prevention (CDC), in the last year, in addition to distribution of ITNs – provided 22 million doses of prophylaxis to pregnant women, 6.9 million doses to children, and 129 million treatment doses at health facilities and in communities.  Another 62 million rapid tests helped health workers properly diagnose and treat patients for malaria and other fevers.  PMI-S is implemented by Management Sciences for Health (MSH).

VIDEO: #BBNaija Shine Ya Eye – The ladies have landed!