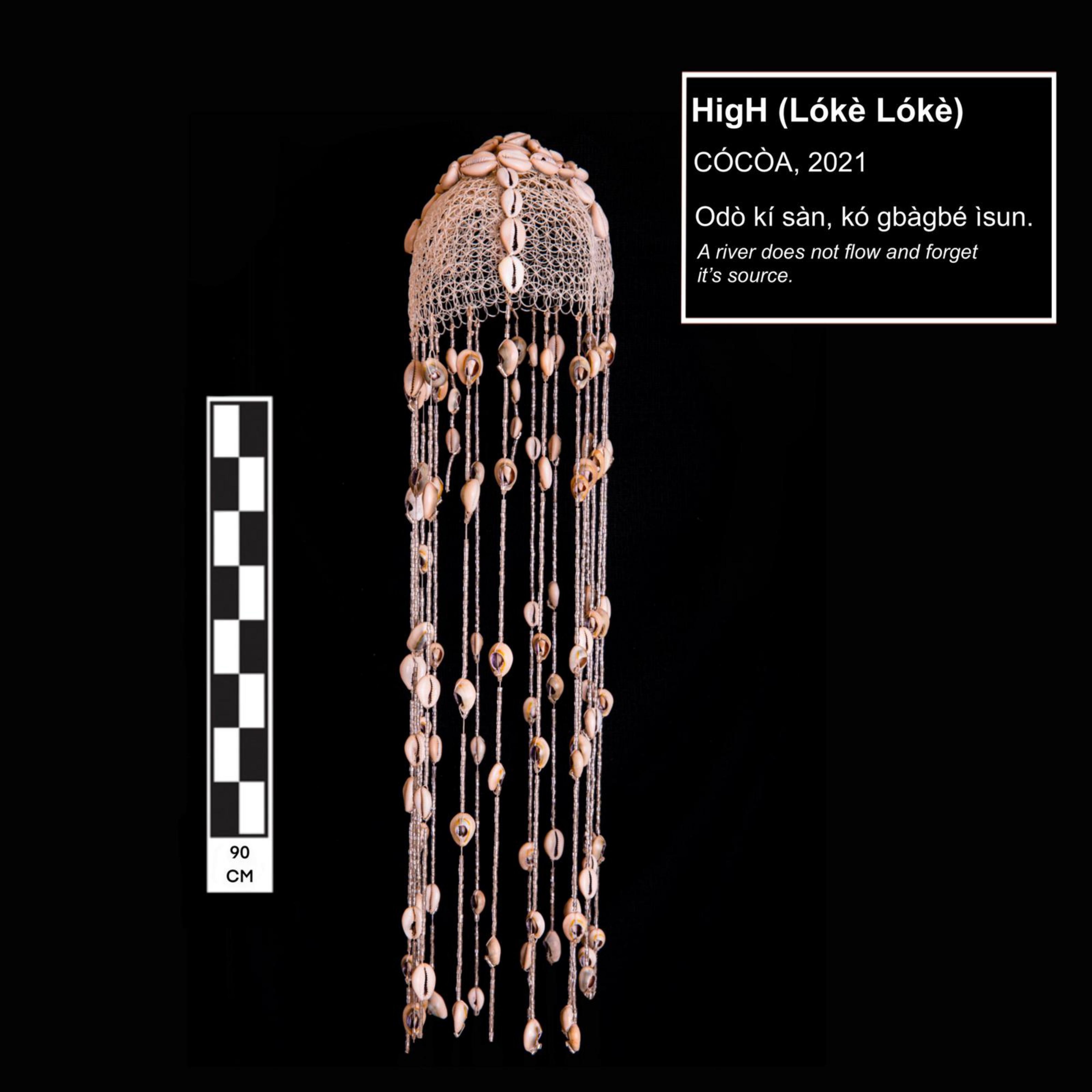 UK based Nigerian singer/songwriter CÓCÒA (pronounced co-co) now has a more defined purpose than ever before. Her music now serves as a medium, intent on channelling higher energy whilst her musical essence remains the same. Her signature R&B vocal style rides effortlessly on the backbeat of nostalgic traditional Yoruba Fuji & Juju drums with sprinkles of Jazz and 80s House melodic textures. CÓCÒA is of Delta/Yoruba heritage and was born in Ibadan, Oyo state. The same birthplace as the goddess of love, Sade Adu. Growing up in Lagos, in a household filled with a wide spectrum of sounds from afrobeats to 90s Hip Hop, R&B and gospel music, CÓCÒA soon discovered her love for Afro-R&B pioneered by the likes of Plantashun Boiz, Esse Agesse and The Remedies. Moving to London in her early teens, her artistic journey began.

With her latest single, HigH (Lókè Lókè), CÓCÒA taps into her ancestral roots, taking heraudience on a journey to discover their Òrìṣà (Higher Self) and ultimately attain their true desires. The artwork is inspired by Yoruba culture and heritage. Conceptualised by CÓCÒA & The Kinnsman, it was created by London graphics designer SA7 to resemble
the display of a museum artifact. The artwork depicts a cowrie crown and a ruler measuring it at 90cm. It also features an Exhibition placard with the title of the song along with an indeginous Yoruba adage. The cowrie crown was custom designed for CÓCÒA by Lagos Fashion Designer, NoJolie and handcrafted in Lagos, Nigeria. It was then shot in the UK by London Photographer, Bella Rae Photography.

Cowrie crowns were famously worn in Yoruba culture by leaders such as Orishas, royals, priests and chiefs. “The cowrie crown serves as a reminder of our true origins, as we are rulers of our own destinies.” says Thẹ́ Kínnsmàn. And for CÓCÒA, “The cowrie crown represents the head (Ori) which is the seat of consciousness. It was very important that both the music and the art gave a sense of elevation to the listener and the viewer.” HigH (Lókè Lókè) is a powerful piece featuring beautifully crafted production by Thẹ́ Kínnsmàn and CÓCÒA’s distinct vocals and highly emotive songwriting style.