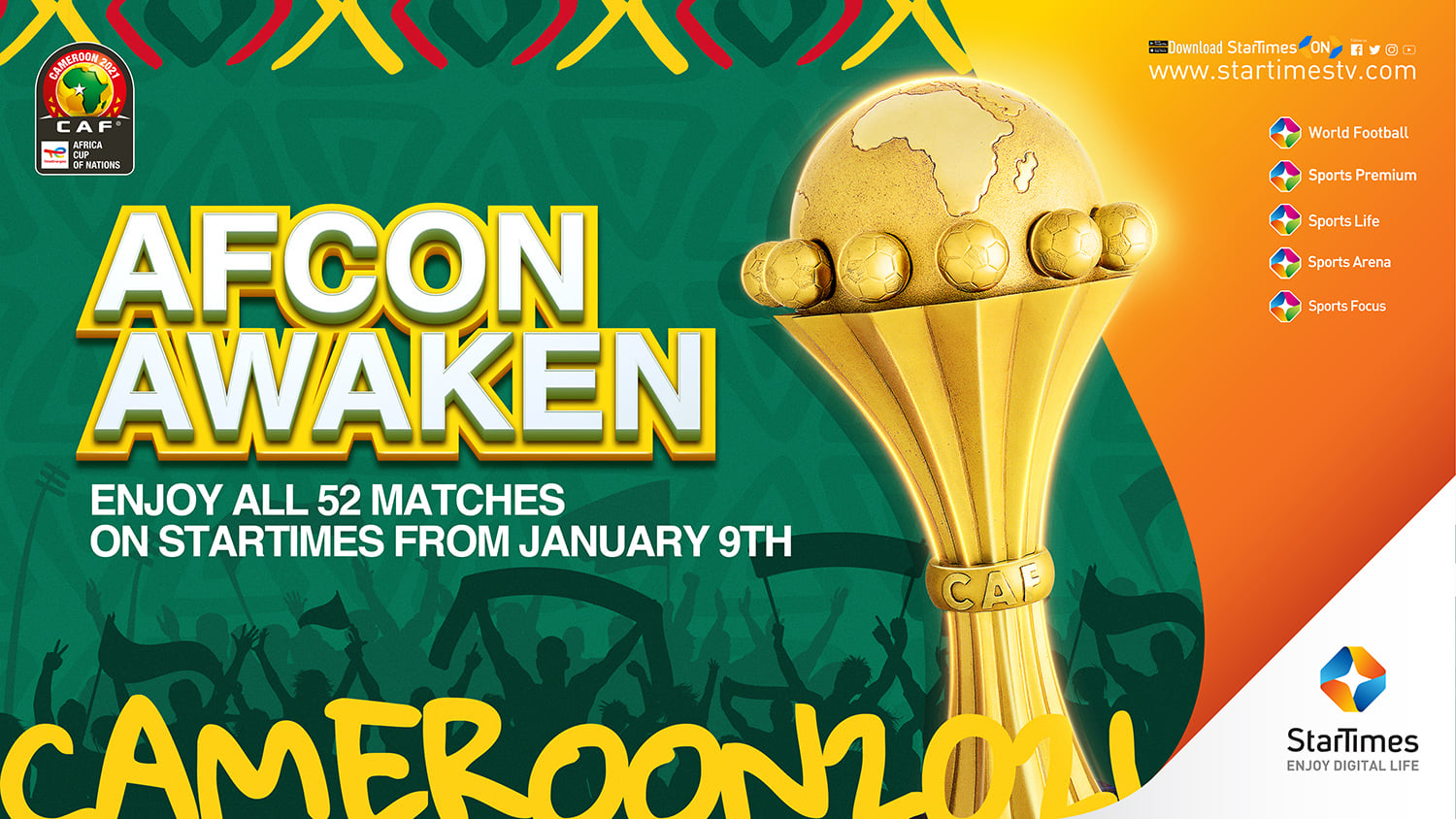 The tournament, which was originally scheduled to be played at the start of last year, was delayed as a result of the COVID-19 pandemic.

It will now be played in Cameroon from January 9 until February 6 this year.

StarTimes has secured rights for English, Portuguese and local-language territories.

The pay TV broadcaster will air all 52 matches from the tournament across its eight sports channels and will also stream it via its Star Times On service.

The cup will be played at stadiiums in the Cameroonian cites of Douala, youndé, Bafoussam, Garoua and Limbe.