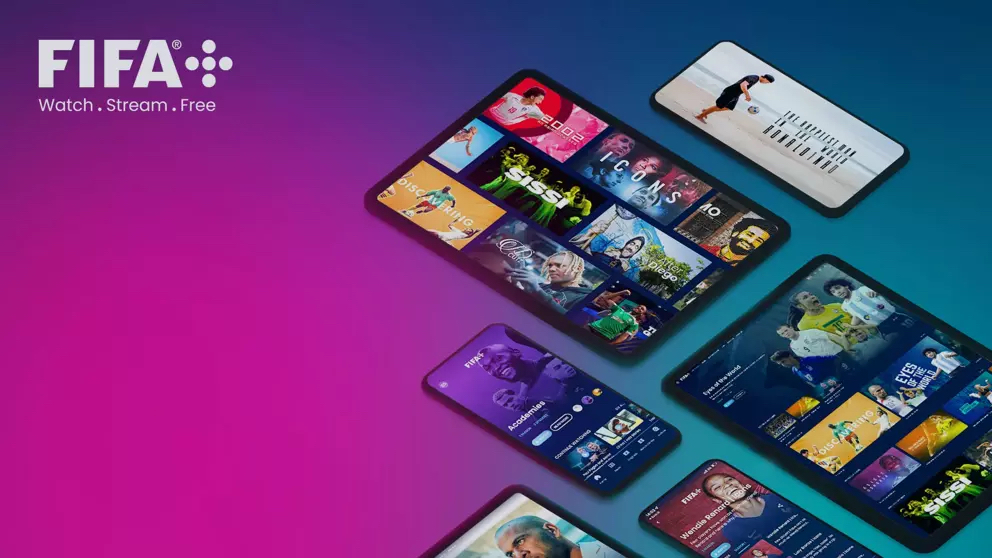 FIFA has launched a standalone streaming service which will provide football fans with free access to over 40,000 live matches per year.

The global football authority said that the platform, FIFA+, will broadcast over 29,000 men’s matches and over 11,000 women’s matches from 100 member associations across all six confederations by the end of 2022. At launch, 1,400 matches will be livestreamed monthly, with the platform offering coverage ranging from Europe’s topflight leagues to previously unserved competitions.

In addition to the live coverage, FIFA+ provides access to every FIFA World Cup and FIFA Women’s World Cup ever recorded on camera. This, it said, translates to more than 2,000 hours of archive content, with fans able to watch full-match replays, highlights and goals.

FIFA+ will also house documentary programmes on players and countries, such as Ronaldinho: The Happiest Man in the World and Croatia: Defining a Nation.

FIFA+ launches in English, French, German, Portuguese, and Spanish, with an additional six languages to follow in June of 2022.

FIFA president Gianni Infantino, said: “FIFA+ represents the next step in our vision to make football truly global and inclusive, and it underpins FIFA’s core mission of expanding and developing football globally. This project represents a cultural shift in the way different types of football fans want to connect with and explore the global game and has been a fundamental part of my Vision 2020-2023. It will accelerate the democratisation of football and we are delighted to share it with fans.”

The streamer will utilise tech from ELEVEN, which has been signed up to support content delivery and the creation of commercial opportunities.

Pedro Presa, Eleven Group’s chief advisor for DTC and strategic projects, said: “FIFA+ will be home to an unprecedented volume of live football, and leagues and member associations from around the world will have the opportunity to showcase their competitions to a global audience. We are particularly proud that the new service will make the women’s game more accessible to fans than ever, comprising more than one-third of all live games streamed each year.”

FIFA+ director of OTT Dave Roberts praised ELEVEN, saying that it is “strongly positioned to bring football at all levels into the spotlight.”