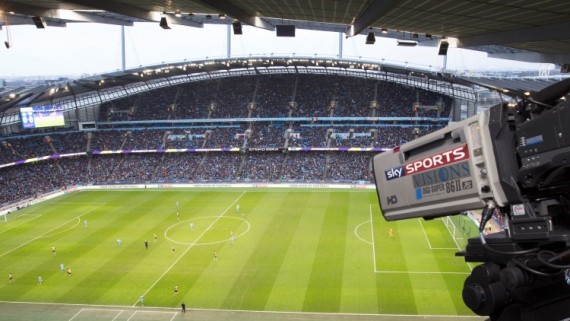 Sky and BT will pay a total of over £5 billion (€6.73 billion) for the Premier League live broadcasting rights for the three seasons beginning 2016/17.

Sky will pay £1,392 million per annum for each of the three years of the new agreement, or 83% more than the cost of the existing contract. Sky has also secured rights to matches on Fridays, which will be played in evenings for the first time.

Furthermore, the 126 matches compares to 116 under its existing contract. In addition, Sky will have 26 first pick and 31 second pick matches, meaning that it will continue to show more of the biggest games. It will show each Premier League team live at least four times a season.

Sky’s live rights cover a range of platforms, including online and mobile. Access to all 126 matches a season will be available through the Sky Sports day pass and week pass on Now TV.

Jeremy Darroch, Sky’s Group chief executive, said: “This is a good result and confirms that Sky is the unrivalled choice for sports fans. We went into the Premier League auction with a clear objective and are pleased to have secured the rights that we wanted.

“Our strong performance across the board gives us financial strength and flexibility. We have a clear plan to absorb the cost of the new Premier League deal while delivering our financial plans.”

Barney Francis, MD of Sky Sports, added: “We are looking forward to bringing even more live Premier League football to viewers. Only Sky Sports will have the best match picks and the best slots so our viewers will be able to follow the biggest matches, the key head to heads and every club at least four times. No other broadcaster comes close.

“The best Premier League coverage is part of an unrivalled range of sport across our seven channels and digital platforms. This new deal follows our recent success in the rights market, ensuring Sky Sports will be the first choice for years to come.”

They will see BT Sport show a live Saturday evening game every Premier League weekend from 2016/17 for three seasons. This will allow BT to build on its current Saturday programming and appeal to an even larger audience, having secured the prime evening TV viewing slot.

BT says it will be required to pay a deposit of around £29 million this month, followed by six instalments starting in July 2016 and continuing in the months of December and July until December 2018.

John Petter, BT Consumer CEO said: “I am pleased we will be showing Premier League football for a further three years and that we have secured the prime Saturday evening slot. These new rights will enhance our existing schedule of football, rugby and other international sport, including all the live footballing action from the UEFA Champions and Europa Leagues starting this summer.

“BT Sport has got off to a strong start, reaching more than five million households and commercial premises, by making itself far more affordable and accessible to sports fans.”

“Last season saw record levels of attendance with the highest top-flight crowds since 1949/50, as well as increased viewing figures across all our UK rights holders.

“Both Sky Sports and BT Sport have done a tremendous job in bringing the game to the fans as well as providing the revenue that allows clubs to invest in football, facilities, youth development and their communities.

“It is an endorsement of what the Barclays Premier League delivers that these broadcast partnerships have been extended and enhanced today. We are grateful for the continued belief that Sky Sports and BT Sport have in the Premier League and our clubs, both as a sporting competition and organisations to work with.

“We are also grateful to the significant interest and participation in the process from other highly credible parties.

“This outcome provides a degree of certainty so clubs can continue to invest and run themselves in a sustainable manner; it also allows us to start planning how the Premier League can continue to support the rest of the football pyramid from the grassroots upwards.

“This structure also allows us to strike a balance between match-attending fans and those who choose to watch on television. Keeping grounds full is a priority for the Premier League and our clubs, and I am sure the flexible ticketing policies that have helped keep attendances so high will continue to develop.

“Although we have had a successful outcome for this process, following on from the highlights’ award, there is still the ongoing Ofcom investigation to be concluded. We remain confident that the Premier League’s live UK broadcasting rights are sold in a way that is compatible with both UK and EU competition law as well as being of great benefit to the whole of English football.”