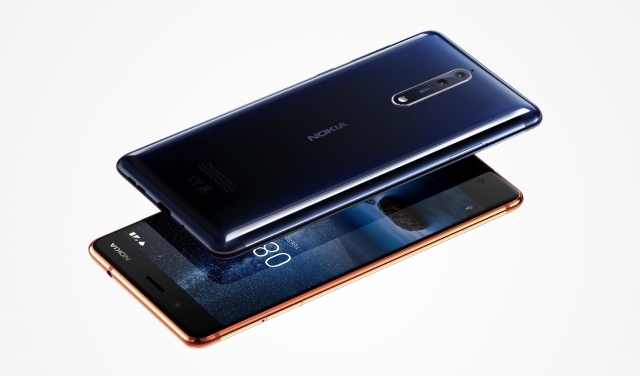 Nokia is once again taking on the big players in the smartphone market, recently launching the Nokia 8.

The Nokia 8 runs on Android 7.1 and boasts powerful hardware inside a stylish aluminium chassis.

The phone is made by HMD Global, which has already released the Nokia 3, Nokia 5, and Nokia 6 in Africa.

Nokia’s new device is set to compete against high-end devices like the Samsung Galaxy S8 and Apple iPhone 7, and we have compared the specifications, features, and pricing of the three flagship devices.

The Nokia’s unique camera hardware sets it video and picture quality apart from the Galaxy S8 and iPhone 7, although its “standard” LCD display is surpassed by Samsung’s bezel-less AMOLED screen on the Galaxy S8.

Despite Apple removing the 3.5mm audio jack from its smartphone design, it remains in other flagship devices – including the Nokia 8.

The specifications for the Nokia 8, Samsung Galaxy S8, and iPhone 7 are below.

While the devices are relatively similar in terms of hardware, processing power, and design, they each have unique features which set them apart.

The Nokia 8 can simultaneously record with its rear camera and front camera, and has a dedicated livestream button which allows users to stream their video to social media.

The device also allows for the recording of 360-degree spatial surround sound thanks to its three embedded microphones and OZO Audio.

Samsung’s Galaxy S8 also offers a great camera setup, but its most appealing design feature is its Infinity display.

The iPhone 7 is extremely popular among Apple fans and integrates seamlessly with the company’s ecosystem, while remaining light and powerful.

The pricing for the three devices is below.