With Apple Watch series 3 and Apple music you’ll be able to stream music from you smartwatch.

The new device features a completely redesigned work out app, and new features for swimmers. Apple has made enhancements to its heart-rate app as well including new measurements like resting and recovery rates. It will also notify you when your heart rate becomes elevated and you don’t appear to be active. 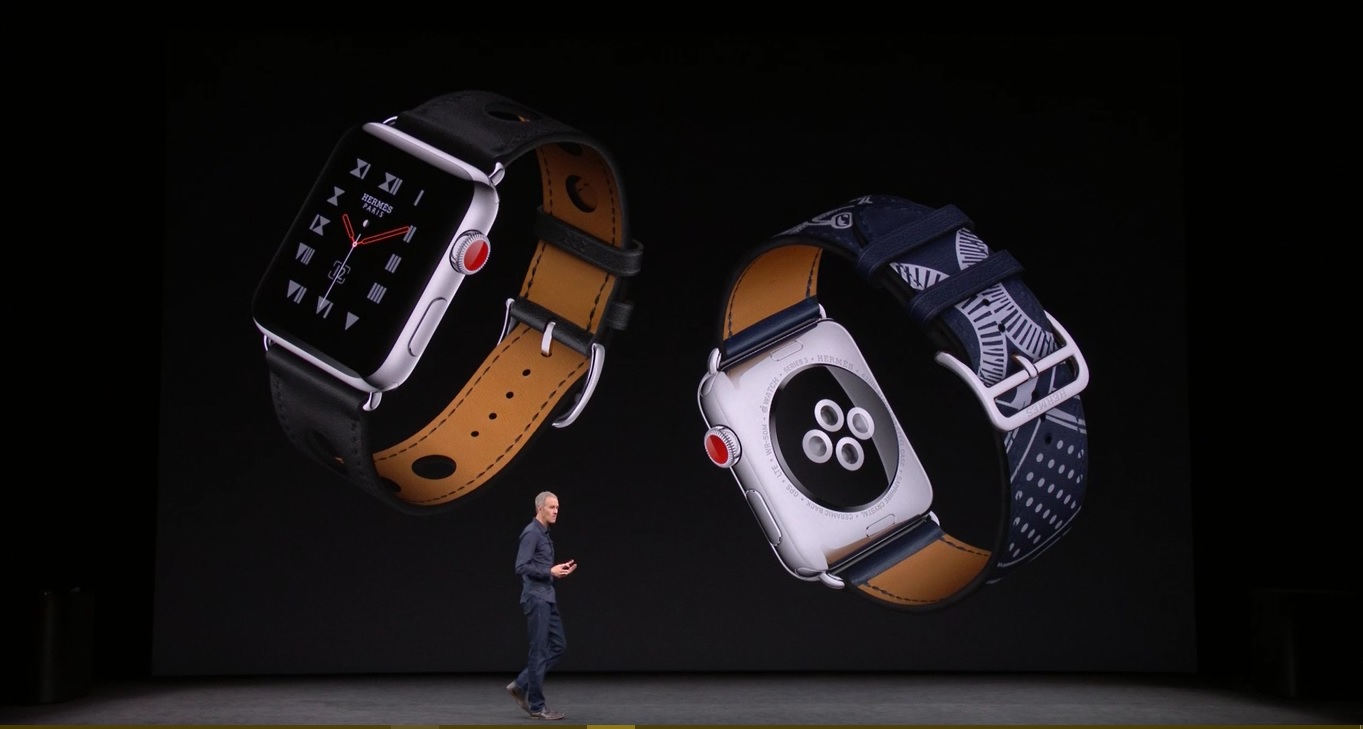 I’m proud to tell you that the Apple Watch is the number one watch in the world.

During the keynote Cook used a Series 3 smartwatch to make a call and the quality seemed superb, despite the fact that both parties were communicating with their watches (and neither had to hold their arm up to their faces.)

The device features a 70 percent fast processor, up to 18 hours of battery life across LTE, Bluetooth, and GPS, and a plethora of fancy new colors. 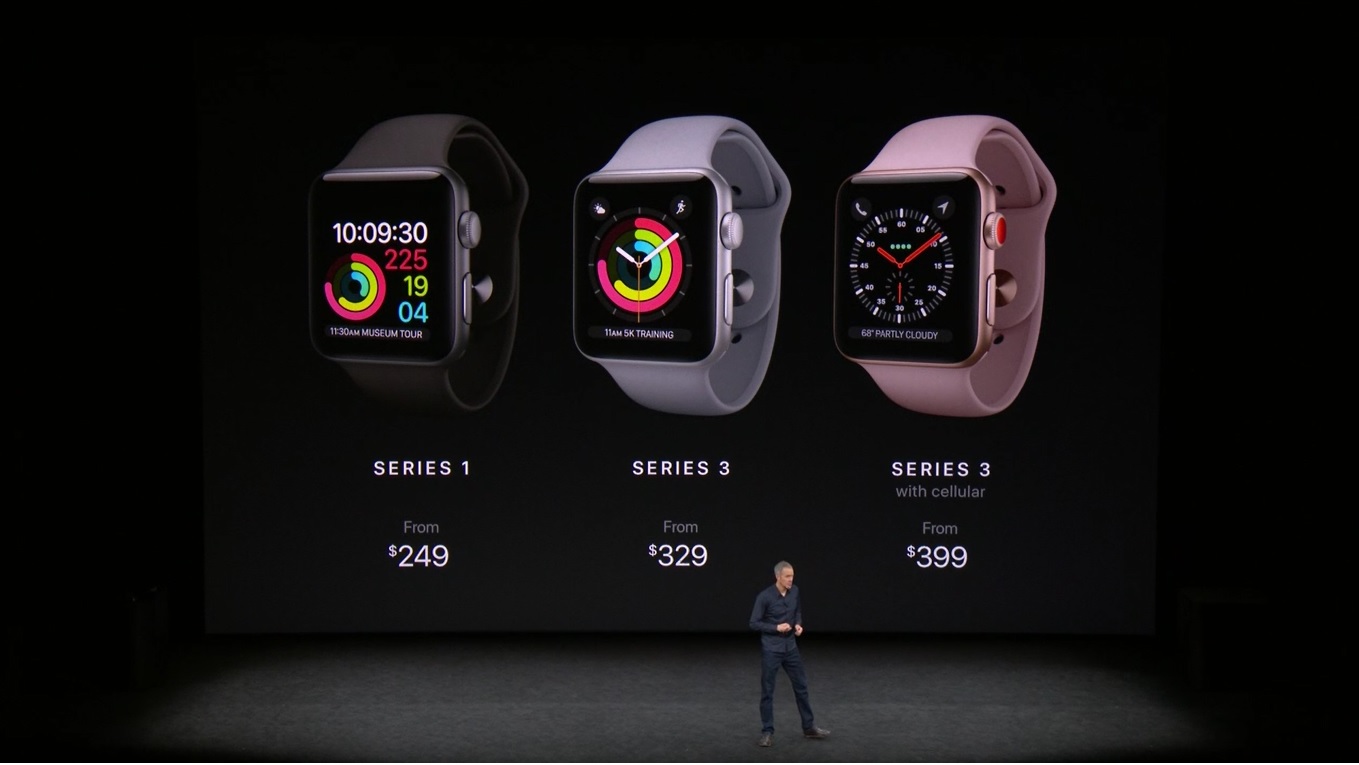 The Apple Watch 3 will start preorders on September 15th and will ship on September 22nd. Pricing will be $329 for non-cellular versions and $399 for the series 3 with cellular connectivity built-in.