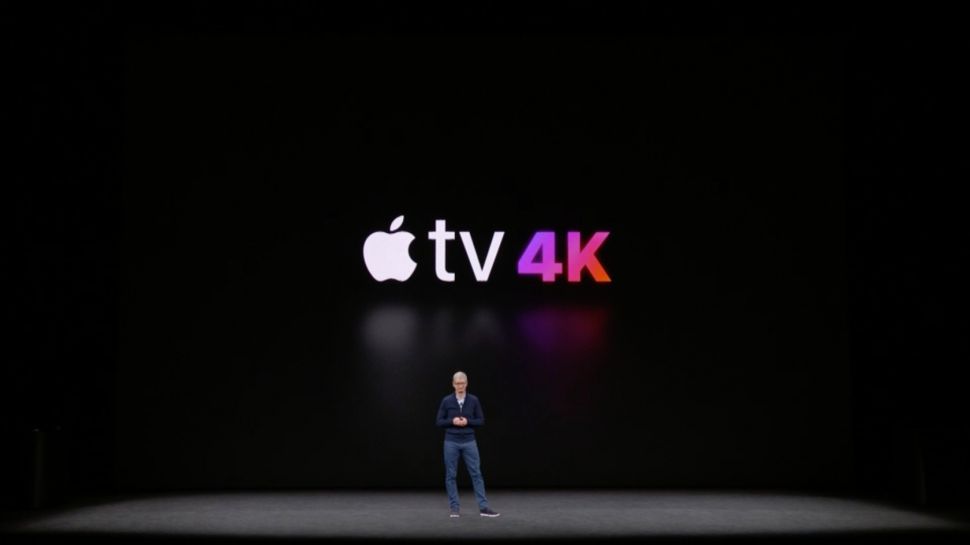 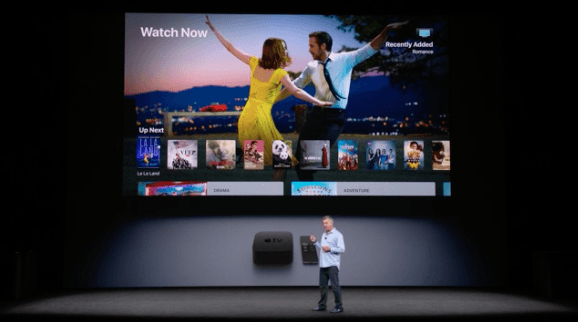 Apple has announced an updated version of the Apple TV that’s capable of handling 4K content.

As was the case with most of Apple’s lineup this year, several details about the Apple TV 4K leaked out before the details.

The Apple TV 4K boasts a three-core A10X Fusion chip, which is similar to the one found on Apple’s current-gen iPad Pro tablets, backed up with 3GB of RAM.

This represents a significant leap from the previous model, which got by with an A8 processor and 2GB of RAM. According to Apple, CPU performance is doubled, while graphics performance is quadrupled.

It also suggest Apple is increasingly looking at the Apple TV, not merely as a place to passively watch content, but also to play games and use apps.

The added ‘oomph’ in the silicon department will mean that the new set-top box will be better equipped to play more demanding games, at even higher resolutions.

Apple has also brought a raft of 4K content from providers and studios like Netflix, Amazon Prime Video, Lionsgate, Paramount, and more.

Punters will also be able to upgrade their existing iTunes content to 4K free of charge, and content will cost the same as standard HD content.

The addition of 4K content is long overdue. Apple has lagged behind its biggest rivals in this space, namely Roku and Amazon, both of which offer streaming devices capable of handling ultra HD video.

It’s also worth mentioning that the new Apple TV 4K is just one part of Cupertino’s plan to dominate our living rooms. It’s investing cautiously in TV content, perhaps in a bid to, one day, catch up with Netflix and Amazon.

We now have a solid release date for the Apple TV 4K: September 22, 2017, exactly one week after the device becomes available for pre-order.

All things considered, this is a tight turnaround for Apple, which only just announced the Apple TV 4K’s existence at its September 12 press event in Cupertino, California.

Both SKUs of the device – the 32GB and 64GB versions – will be available on the same day.

How much will it cost?

Looking for something bigger, like a 128GB version? For now you’re out of luck.

What features will it have? 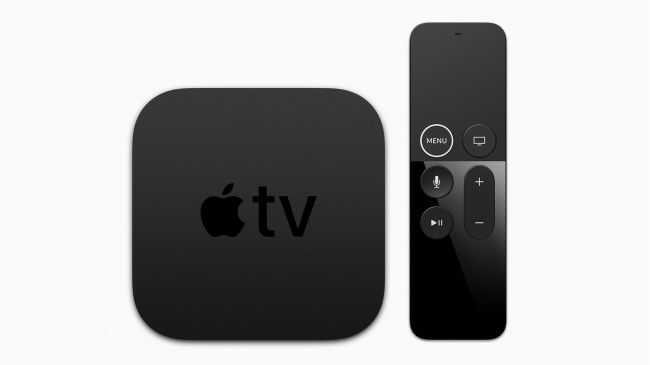 This one’s a gimme. Of course the new Apple TV 4K will support 4K and HDR … which is good considering Apple missed the boat on it last time around.

The fourth-generation Apple TV was revealed more than three years after the third-generation model, but to make up for the long break it was a fairly big update with a brand new operating system, a new remote and even Siri integration. Something was missing, however: support for 4K and HDR content.

That’s a wrong Apple will correct in the new Apple TV 4K, which will not only support 4K and HDR10, but also a new format called Dolby Vision, which will help Apple’s device display more true-to-life colors, and far greater detail in both dark and bright scenes.

Why is Apple going 4K in the first place? 4K support is pretty much a standard feature on larger high-end TVs, and as streaming services such as Netflix and Amazon rapidly increase their 4K content streaming devices from Amazon, Roku and Google have been quick to release devices which support it too.

Long story short, it was now or never.

Now, the resolution isn’t the only upgrade coming to Apple’s next-gen TV hardware – the device will ship with 3GB of RAM, along with a three-core A10 Fusion CPU, the same one found in the current iteration of the iPad Pro.

This will make the device twice as fast as the current Apple TV when watching video content, and up to four times faster when loading apps and playing games.

The bad news here is that while Apple has given the CPU a massive overhaul, storage options will remain exactly the same as before – 32GB and 64GB.

This might be a bit of a stumbling block considering that Apple has recently upgraded the file size limit of apps to 4GB. While not all apps are expected to use up the entirety of that upper limit, it’s fair to say that most games, especially ones that take advantage of the higher resolution, will do so.

While Apple hasn’t yet made any announcement about a 128GB version, we expect that one might be in the works for either later this year or early next.

Aside from essential hardware changes, we imagine the biggest changes we’ll see will be in the device’s software, particularly as  Apple’s CEO Tim Cook has said that the new Apple TV and tvOS were “building the foundation for what [Apple] believe can be a broader business over time.”

At WWDC 2017 Apple announced that the Amazon Prime Video app would finally be coming to the platform, although this announcement came with no mention of new hardware.

Developer logs spotted just last month suggested that Apple is developing a device that runs tvOS 11, which suggests that a hardware announcement is on the way to complement the new software.

Siri was introduced to the Apple TV in 2016, so we imagine its capabilities will only continue to improve.

It’s perhaps possible that Apple will use Siri’s integration into the Apple TV to expand into more smart home capabilities. Apple brought HomeKit control to tvOS 10 and then in tvOS 10.0.1 it supplemented this with support for App Launch and Wi-Fi Accessory Configuration, which made it possible for HomeKit accessories to launch and configure via the Apple TV.

A possible next step is to bring the Home app currently available on iPhone, Apple Watch and iPad to tvOS 11, and turn the Apple TV into a fully-fledged home hub.

Not only would this give Apple TV a way to stand out from other streaming devices, it would allow Apple to simultaneously keep up with Amazon’s Echo and Google’s Home devices without the trouble of introducing a brand new product to the market. 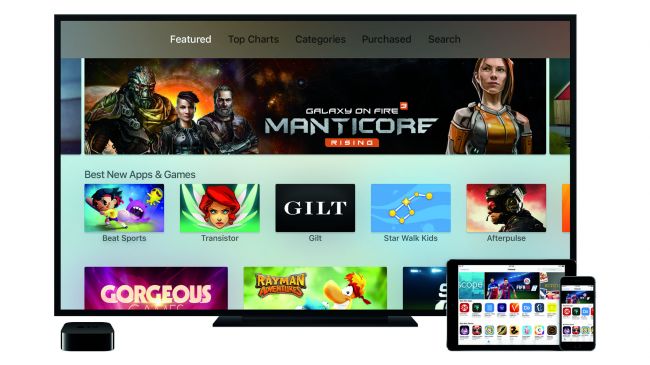 A key area where Apple will have to improve is in the content it offers. Apple has never been able to meet its ambitions in the pay TV space – it’s failed to make agreements with key TV production companies, and plans for a live TV streaming service have never come to fruition.

However, the recent increase in app sizes allowed on the device suggests we’ll certainly see some more gaming apps come to Apple TV in the future, and Apple appears to be working hard to create its own original content with things like Carpool Karaoke and Planet of the Apps. This original content at the very least gives Apple something more to add to its TV app.

It’s also recently been reported that Apple is planning to introduce a service that would bundle channels together under one single monthly fee.

This service would take channels such as HBO, Showtime and Starz, which offer separate subscriptions, and bring them all together into one convenient bundle.

Nothing has been confirmed with regards to this, and it would require a great deal of negotiation on Apple’s part to establish a bundle that would offer a competitive enough price to lure consumers in. However, it would be a creative solution to the fact that Apple currently only offers individual channels and apps.