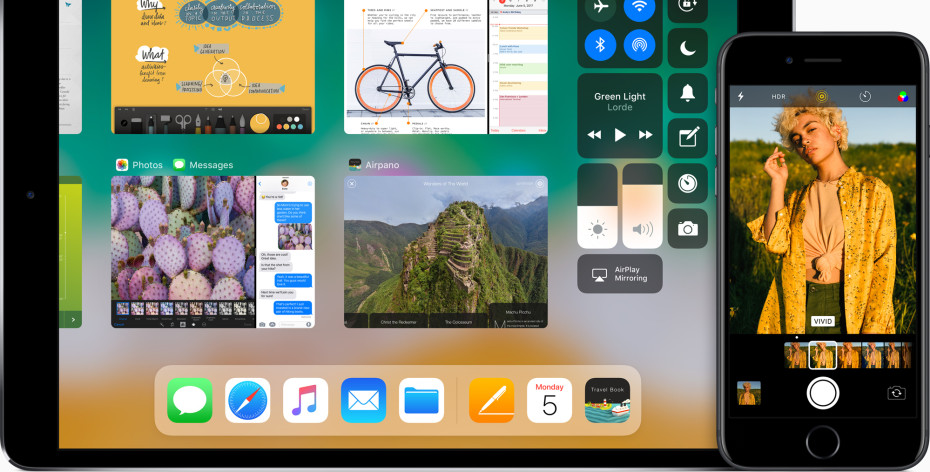 The operating system is available for many existing iPhones and iPads. This means most devices made in recent years can upgrade to the new iOS, with the exception of the iPhone 5 and 5c and iPad 4, all released in 2013 or earlier. iOS 11 has been available in public beta since June and comes with a series of new features, including:

iOS 11 also comes with ML Core, a framework for developers to add machine learning and deep learning to apps, as well as ARKit, which Apple said it wants developers to use to turn iOS into “the largest AR platform in the world.”

Airplay 2 for iOS 11 will bring multi-room audio support for Apple devices and the new HomePod, akin to the kind Alexa just introduced for Echo devices.

iMessage in iOS 11 gets a sleeker presentation of apps and a new iMessage App Store. Also coming to iMessage are Apple Pay peer-to-peer payments and Business Chat, a service to connect businesses and customers.

The control panel, the set of options you can see when you swipe up from the bottom of an iPhone, have all been placed on a single screen.

Other cool updates as part of iOS 11 include Do Not Disturb mode while driving. If you tap the power button five times it brings up SOS mode, which allows you to call emergency services or quickly display medical information such as your blood type, height, weight, and emergency contacts. Steps have also been taken in iOS 11 to make it harder for law enforcement officials to extract informationfrom a locked iPhone.