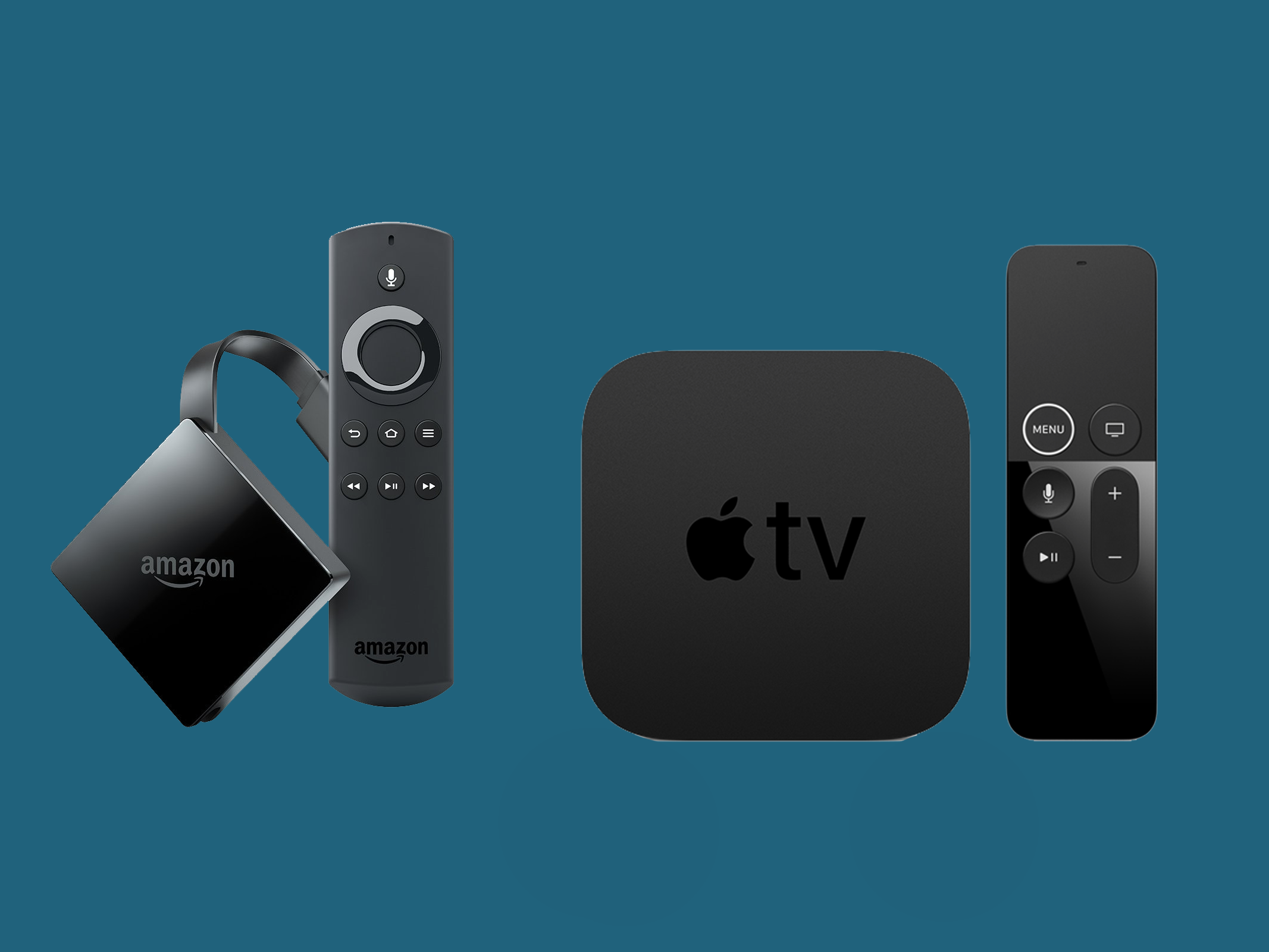 Less than a month after Apple launched its 4K TV, Amazon has replied with the latest iteration of its Fire TV.

The 3rd-generation Fire TV boasts a slimmer form factor than its predecessor – in addition to several technological improvements.

Both media streaming boxes boast support for 4K HDR video at 60 frames-per-second, and feature remotes with support for voice commands.

We compared the specifications and features of the Apple TV 4K and new Amazon Fire TV, below, to see how they compare.

The devices run different operating systems and subsequently include support for different apps – and this will affect your purchase decision.

Amazon’s services, including its Prime package, will run on the Fire TV, while the Apple TV will have access to the iTunes ecosystem.

The Fire TV and Apple TV both come with remote controls which feature voice-command support.

Both devices are also great for streaming high-quality movies and series – thanks to 4K, HDR, and high-quality audio support. The Apple TV 4K supports the Dolby Vision HDR standard, while the Fire TV supports the HDR-10 standard.

Apple’s device has more internal storage than the Fire TV, but as these devices are mainly used for media streaming, this may not play a big role for many users.

The pricing of the two streaming boxes, however, is where they stand apart – with the Fire TV significantly cheaper than the Apple TV 4K.