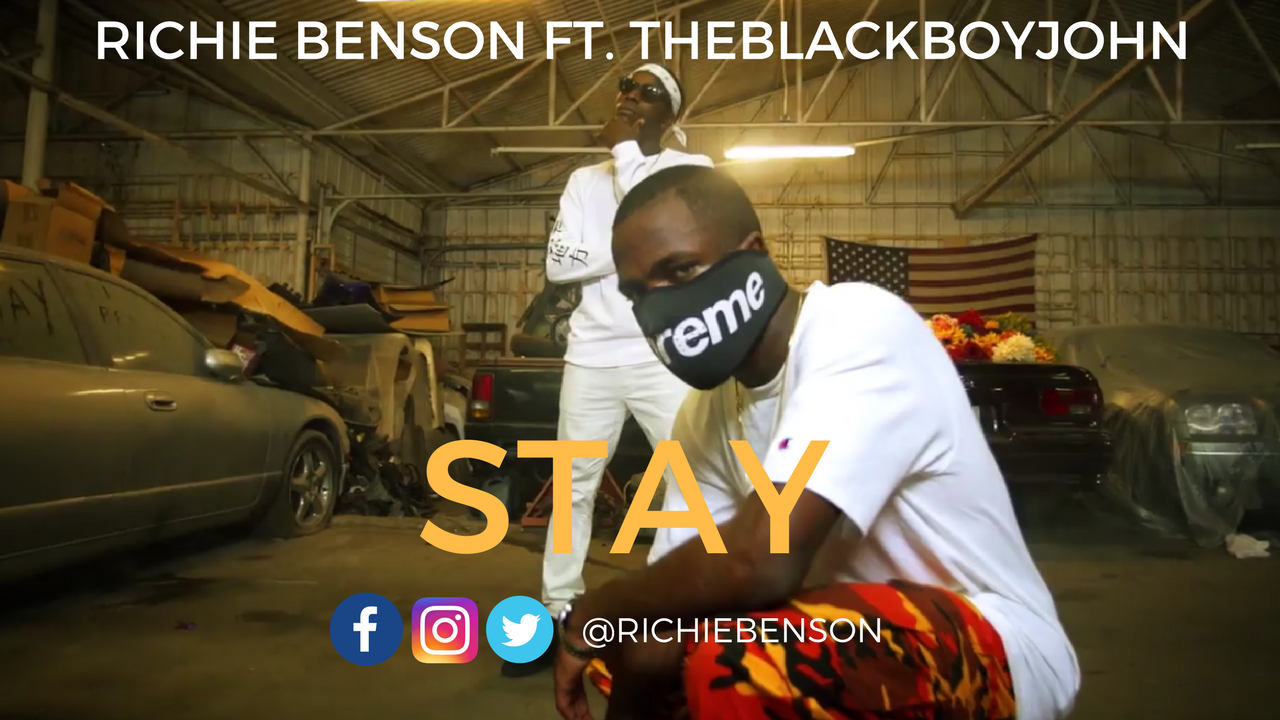 Fresh off the release of the audio which gained massive and positive reviews from both fans and industry players, Nigerian born singer, rapper, songwriter, and Mix Engineer, Richie Chinedu Benson Nwobum better known by his stage name Richie Benson is out with the visuals for “STAY” featuring TheBlackBoyJohn, under his independent label “Island Boy.”

Richie Benson has already graced some of the biggest stages, in front of thousands of people, opening for Africa’s biggest names like Yemi Alade, Davido and Wizkid. He also performed at highly acclaimed AFRIMMA Awards 2017 which was held in Dallas, Texas.

The video for “STAY” was shot in Dallas and directed by Jeff Adair.

With what looks like a very promising career ahead of him, Richie Benson is definitely one to watch.