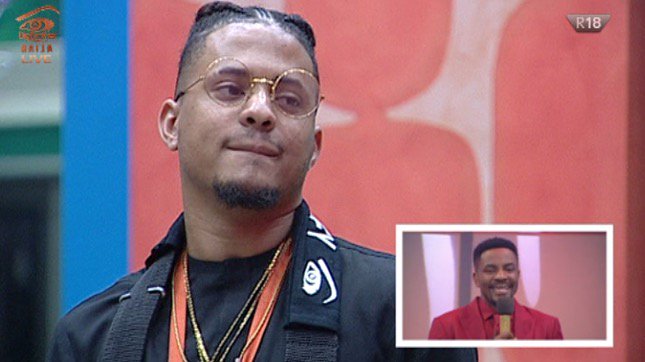 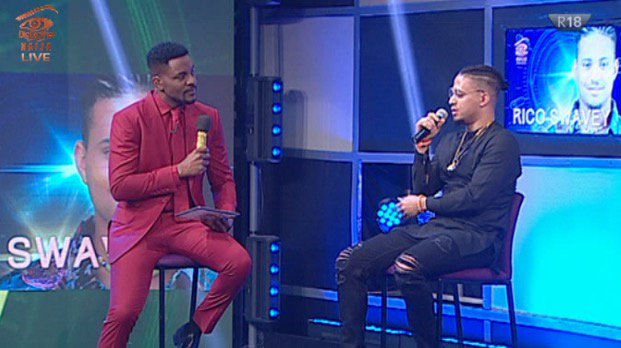 Rico Swavey is the latest Housemate to have been Evicted from the Double Wahala House.

When BBNaija presenter Ebuka called his name through the television monitor, Rico remained equal to himself and took the news without flinching. Rico has always been known by his remarkable emotional restraint, and tonight was no different. In the lounge, all remaining eight Housemates came closer to him for one last hug, and one by one he hugged back, received and gave friendly taps before Tobi and Lolu escorted him to the elevator.  Rico’s exit will probably be remembered as a wahala-free departure, for no tears or shouts or fainting the likes of which we had seen in the House previously accompanied the news.To the contrary, sensing their own end near, Housemates seemed to have swallowed the bitter pill without blinking.

By the time host Ebuka welcomed Rico Swavey onto the BBNaija stage, he was visibly filled with emotion, as evidenced by the largest grin ever could barely mask. As Host Ebuka started grilling him with questions from viewers on his love interests in the House, Rico didn’t hide that Ahneeka was the Housemate he had wished to get closer to. Yet the biggest blow came when he was shown footage of the last Nominations that revealed that it was Alex and Anto who had put him up for Eviction. Rico would have never suspected that the same Anto he just earlier in the day said should stay until the end was capable of dropping him like an old sock. Besides, that Alex also Nominated him left him speechless for she has been the subject of his desire in the House.