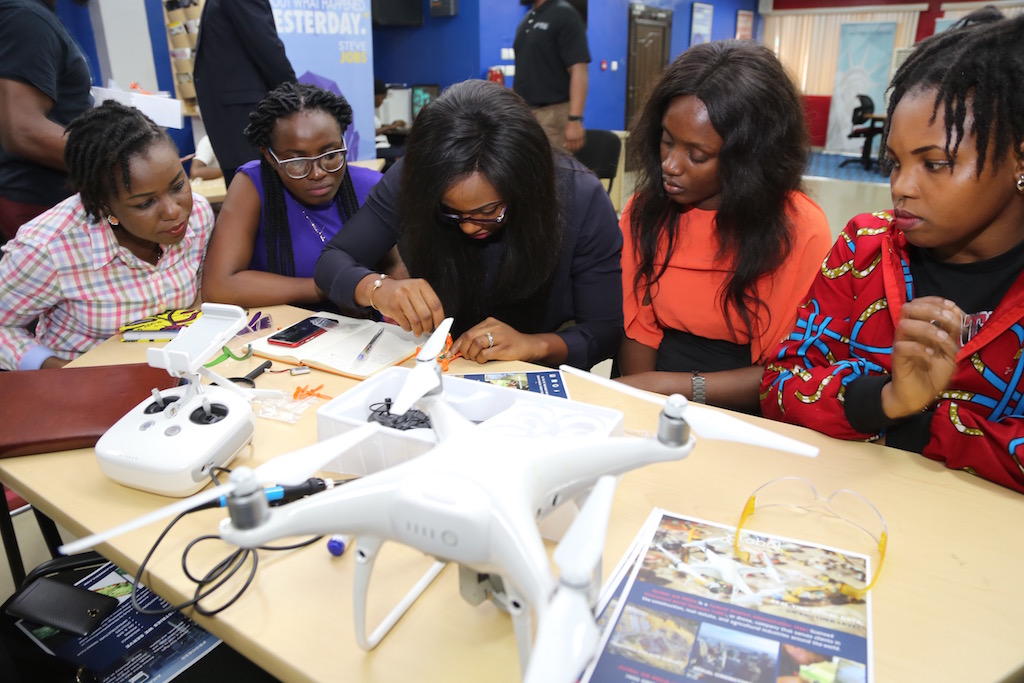 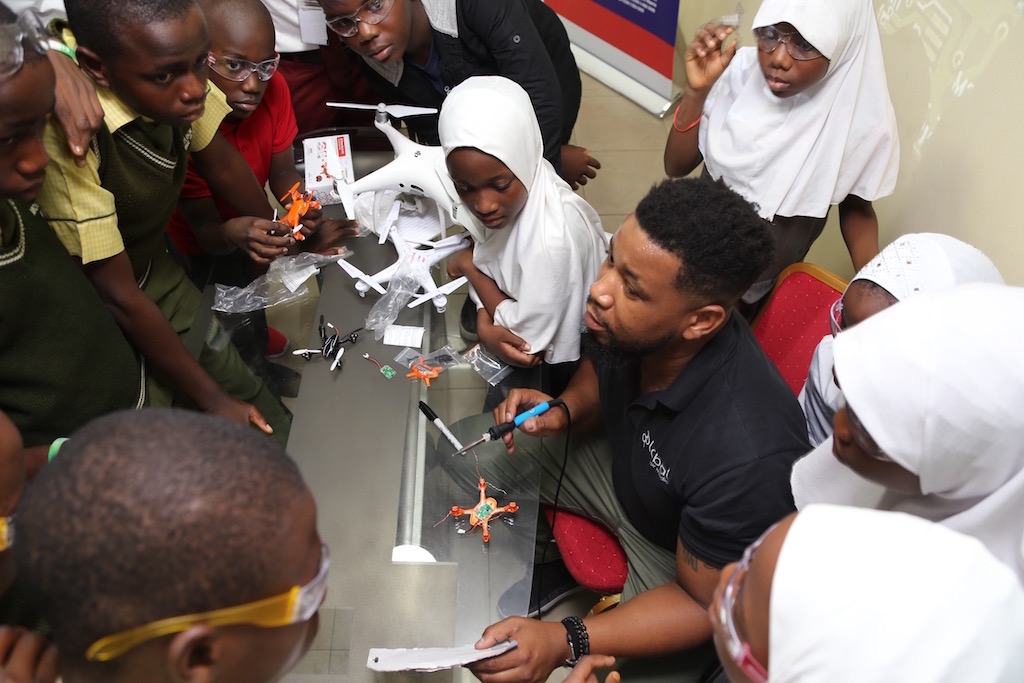 The training was held at the Cedar STEM & Entrepreneurship Hub, and American Corner at Co-Creation Hub (CCHUB), both in Yaba, Lagos on Monday and Tuesday respectively. A team of three drone experts led by Global Air Media co-founder Eno Umoh facilitated the series of workshops.

Thirty elementary and high school students were coached on the basics of building a drone from the scratch, as well as the requisite skills for piloting and landing an unmanned aerial vehicle (UAV).

In addition to the students’ seminar, thirteen female STEM leaders were mentored on the evolving technology needs of the 21st century, particularly in the fields of real estate and construction, cinematography, as well as humanitarian and emergency response.

Public Affairs Officer, U.S. Consulate Lagos, Ms. Darcy Zotter, explained that the hands-on workshop was designed to stimulate the interest of the participating students in math and science, as well as careers in the STEM fields. 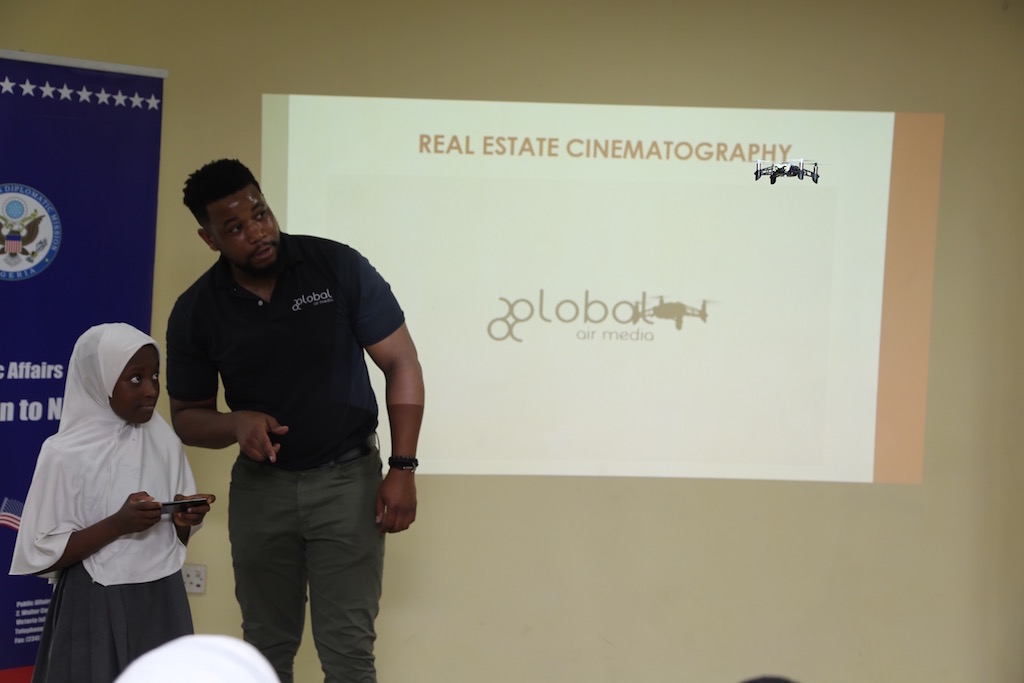 “STEM enables us to find solutions to some of the most pressing issues of today such as alternative energy or even food security. Creating inventions to solve global challenges can be a catalyst for a country’s economic development,” Zotter said.

According to her, the U.S. Mission in Nigeria has funded a number of projects to increase STEM education in different parts of the country. Whether at home or abroad, she added, promoting STEM education is a top priority of the U.S. government.

“In December 2017, we funded the establishment of a technology hub in Lagos designed to host training and mentoring sessions for persons living with disabilities in various technology-based skills. We also hosted RoboRAVE, a robotics education program in Lagos and Abeokuta in October 2017,” she explained.