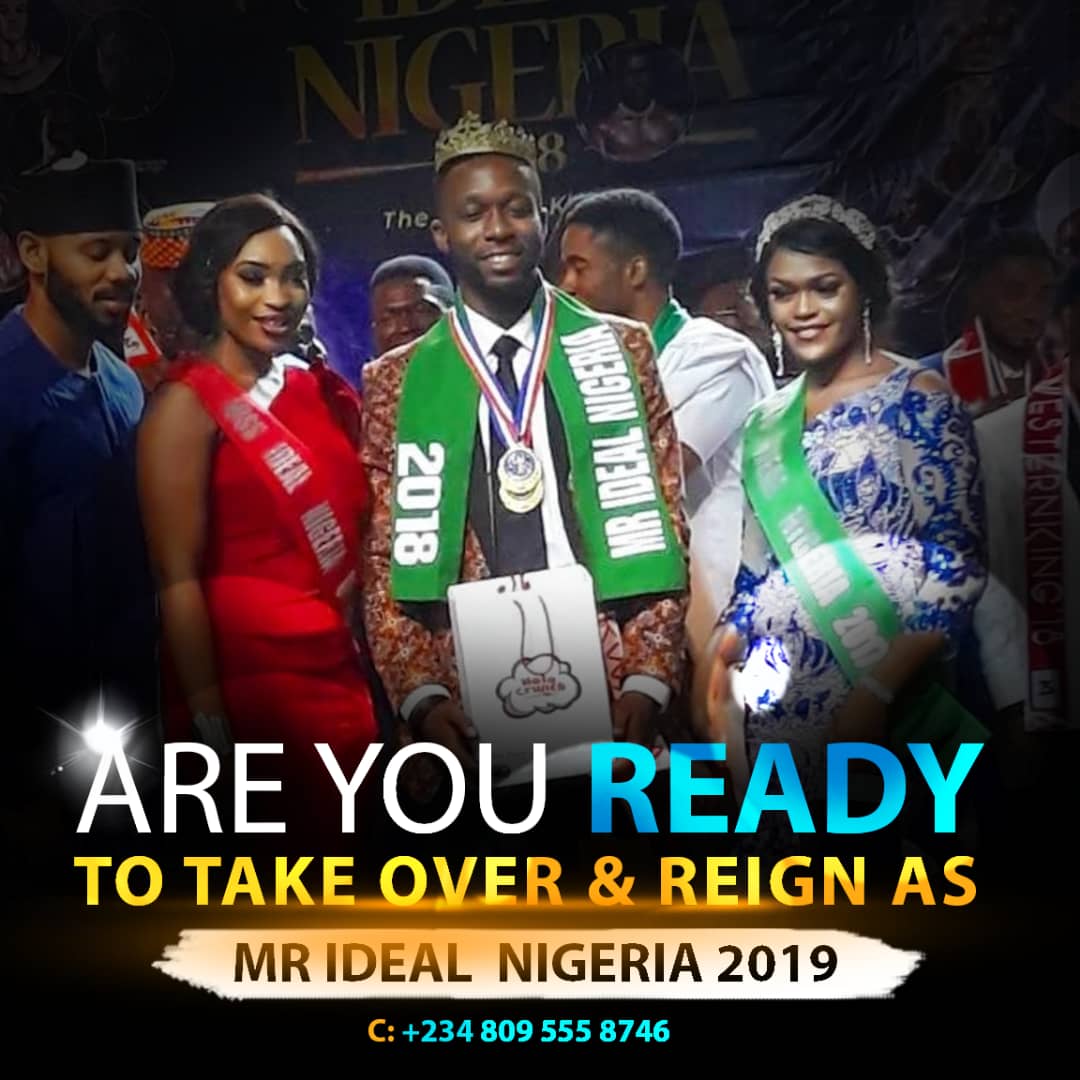 Having Launched the career of Many successful Nigerian models and actors, Mr Ideal Nigeria is back in its 10th season to search for the Most Adorable man in Nigeria to be its new face.

The pageant which has the largest number of contestants in any Male pageant (up to 100 finalists) is regarded as the Most anticipated male competition in Nigeria. The parent company House of Twitch is consistently discovering the stars of tomorrow and launching their entertainment careers of young men who dream of success.

This year, the winner of the Mr Ideal Nigeria will win a start up fund and also a  year Talent Management which will open doors for opportunities in Nollywood. He will also win a year modelling contract , cover fitfam Magazine, and represent Nigeria at the Mister Africa International.
The runner ups will stand a chance to represent Nigeria at Mr Tourism World and stand a chance to walk at the African Fashion Week Amsterdam , South African menswear week and Accra Mens wear week