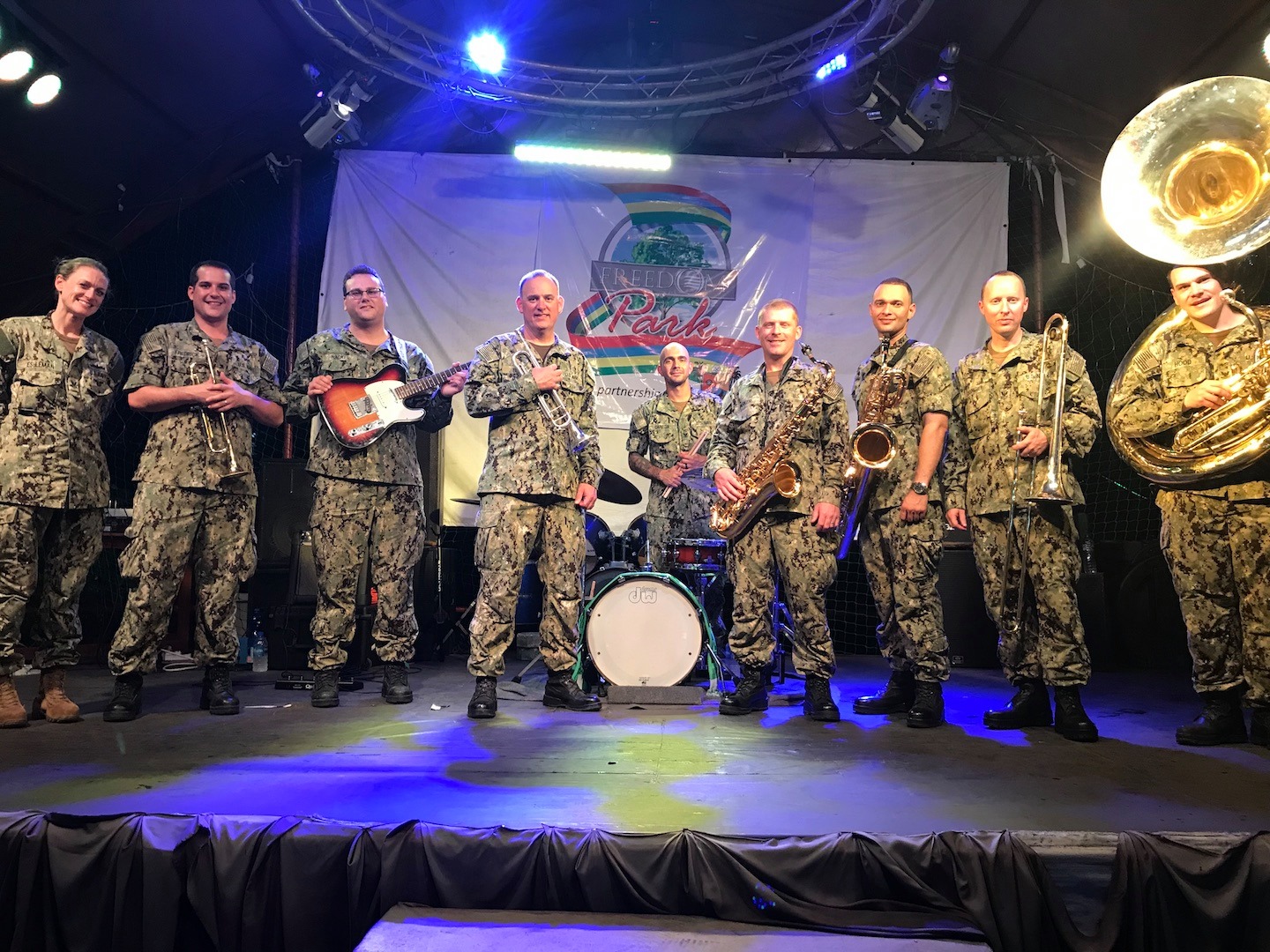 For the second time this year,“Topside,” a brass band of the United States Naval Forces Europe, visited Nigeria from July 28-30 to bolster the U.S.-Nigerian relationship through the power of music.

Whether it was “When the Saints Go Marching In,” “Stand By Me,” “Lion Sleeps Tonight,” or “Water No Get Enemy,” the high-energy performances of the “Topside” band were well received by Nigerian audiences.

On the first day of their visit, the band performed American and Nigerian tunes to the delight of approximately 300 children and youths at the Johnson Jakande Tinubu Park in Alausa, Lagos.

Topside also captivated a crowd at Freedom Park where they performed a special rendition of Afro-beat legend Fela Anikulapo-Kuti’s classic “Water No Get Enemy” to the delight of music lovers who sang and danced along with the band.

Monday, the group of nine musicians conducted a masterclass for established and emerging local musicians, including members of the Nigerian Trumpet Guild. Building on their long-standing partnership, the U.S. Navy band shared best practices with their Nigeria Navy, Air Force and Police counterparts.

“We’re really excited to be playing for our Nigerian partners again, our last visit to Lagos was so well received,” said Musician 3rd Class Michael Parker, a member of the Topside band.

Topside was in Nigeria to support the visit by the USNS Carson City, which has been deployed to the Gulf of Guinea on the Africa Partnership Station (APS) mission. APS is U.S. Naval Forces Europe’s flagship maritime security cooperation program, focusing on maritime safety and security through increased maritime awareness, response capabilities, and infrastructure.

Topside visited Nigeria in March to support the 2019 Obangame Express exercise sponsored by the U.S. Africa Command. This week’s visit underscores the strong bilateral relationship and people-to-people ties between the United States and Nigeria.