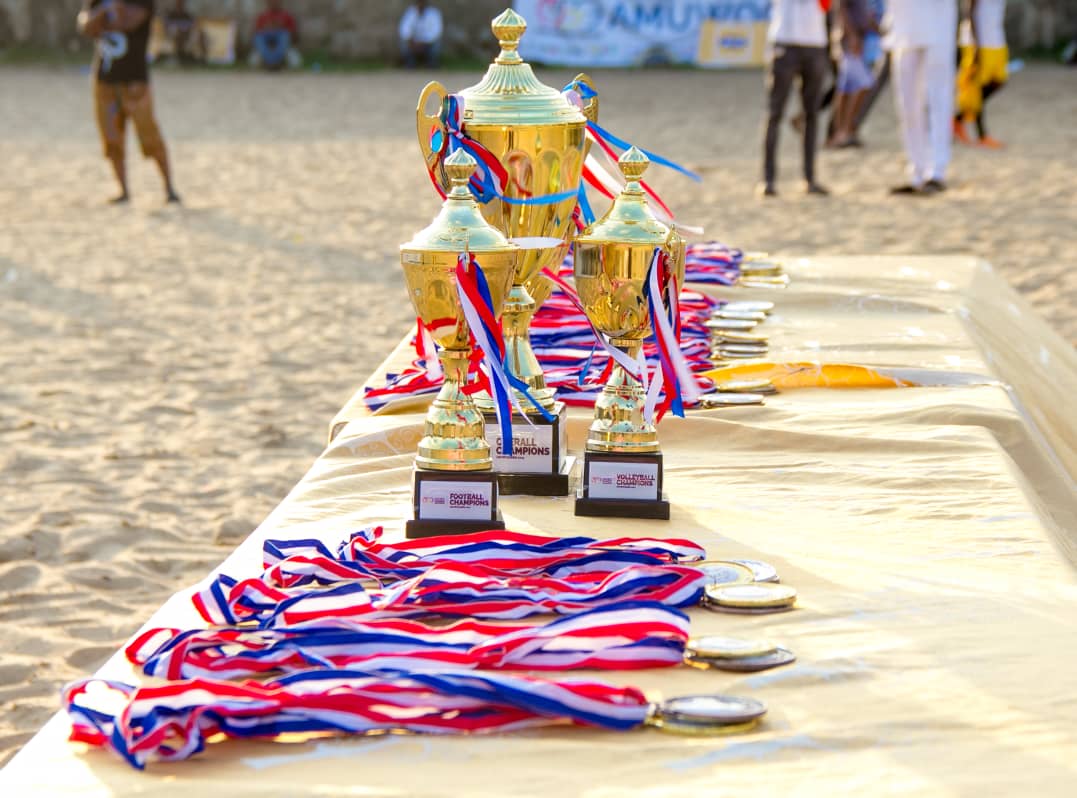 The month-long AmuwoGames 2019 finally came to a close on Sunday, the 24th of November 2019, with the Bizzybody NG’s Mile 2 Lions coming first on the medals table with the highest number of gold medals won. The closing ceremony was honored by dignitaries, corporate sponsors and celebrities as expected.

There was so much diversity in colors and age ranged owed to the vibrant colors of the team represented at the Amuwo-Odofin Primary School Recreation/Play ground venue of the closing ceremony and the various age-graded tournaments that were organized at the sports festival. Some of such age-graded tournaments include the Scrabble, Swimming and Chess.

Various prizes were presented to the medalists, some of which included the award of scholarship to the under-13 Chess champion – Master Omar Bello by the Olatokunbo Foundation, high tech gadgets like smart phones, headphones, hard drives and so on, by MTN Communications and other souvenirs by Bizzybody NG which the event was also packaged by.

Also, one of the chief organizers of the 2019 edition of the festival, Kunle Keshinro took time to appreciate members of the organizing committee while coordinating the presentation of the medals during the ceremony. While inviting more corporate bodies, scouts, tourists and stakeholders to plan to be part of the next edition of the games in 2021.

It is good to note that this month-long sports festival attracted some top athletes in the country, like Wellington Jighere, the first African player to be crowned World Scrabble Champion. Also, no security issues were recorded at the event as the presence of the security personnel was well felt through out the games.

Continue Reading
Advertisement
You may also like...
Related Topics:AmuwoGames