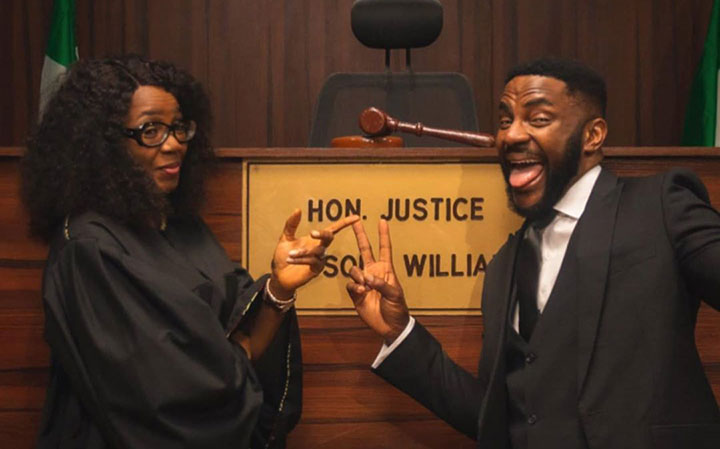 Judging Matters is a reality court show on AfricaMagic which Justice Olusola Williams presides as the judge, supported by Ebuka Obi-Uchendu, who serves as the court’s counsel.

The show resolves small-scale conflicts at no cost to litigants.

If you’ve been following the show, you’ll realize that some cases are recurring themes. Maybe it’s the Nigerian system or a flaw in how society raises us to think, but there you have it.

Justice Olusola Williams usually shares her lessons from the show on social media, and they are things every Nigerian need to know.

Here are eight lessons from Judging Matters every Nigerian should learn:

A good number of the cases heard on Judging Matters revolve around this. While contracts should be preferably written and signed by involved parties, nonverbal contracts can also be binding and legally enforceable.

Lots of people think it’s okay to simply change their minds about things that had been agreed upon previously, but in many cases, this can constitute a breach of contract. Like we’ve mentioned, several cases heard on Judging Matters are because someone reneged on an unwritten contract, and the other party wants payment for damages.

Amazingly, people think they can breach a contract without any consequences. If you renege on a contract, the other party is entitled to a refund and any extra expense that they incurred because you did not fulfil your part of the contract.

Whether it’s a family member, friend, or lover, if you take a loan from someone, begin to prepare a repayment plan, just as you would if you had borrowed the money from a bank.

Unpaid loans from friends and family have caused fights, nasty lawsuits, and broken relationships. If you must take a loan from anyone, plan to repay it as you would expect if you were the one lending the money.

Not paying a loan because you are familiar with the lender is wrong and unfair to the person who trusted you enough to loan you some money.

Some people can be very inventive when it’s time to pay debts that they owe. How about putting that ingenuity to finding ways to pay that debt instead? Remember, if you were the one being owed, you wouldn’t accept any excuses or delays.

Someone joins a rotational thrift saving group, aka ajo or esusu. The person borrows money from the group, and then promptly ‘forgets’ to continue their contributions to the group.

How many times have you heard about this exact scenario?

Unfortunately, this is still a problem and people don’t seem to realize how much they inconvenience others by doing things like this. Like Justice Olusola Williams said, ‘thrift contributions funds are not a pot of gold. What is borrowed must be returned’.

Another recurring case on Judging Matters so far is the fact that artisans who have been paid in advance for a job end up leaving their clients stranded by not delivering on what was promised. Again, the real question is this – how would you feel if you were the one being owed?

Have you seen the ‘what I asked for vs what I got’ meme on social media? Let that be a reminder that you should do your due diligence before hiring anyone to do a job for you to avoid ‘stories that touch’.

You can watch new episodes of Judging Matters on AfricaMagic Showcase Channel 151 on Mondays at 6:00 PM. You can also catch the repeat episodes on the same channel on Wednesdays at 10:00 PM.

Continue Reading
Advertisement
You may also like...
Related Topics:Judging Matters