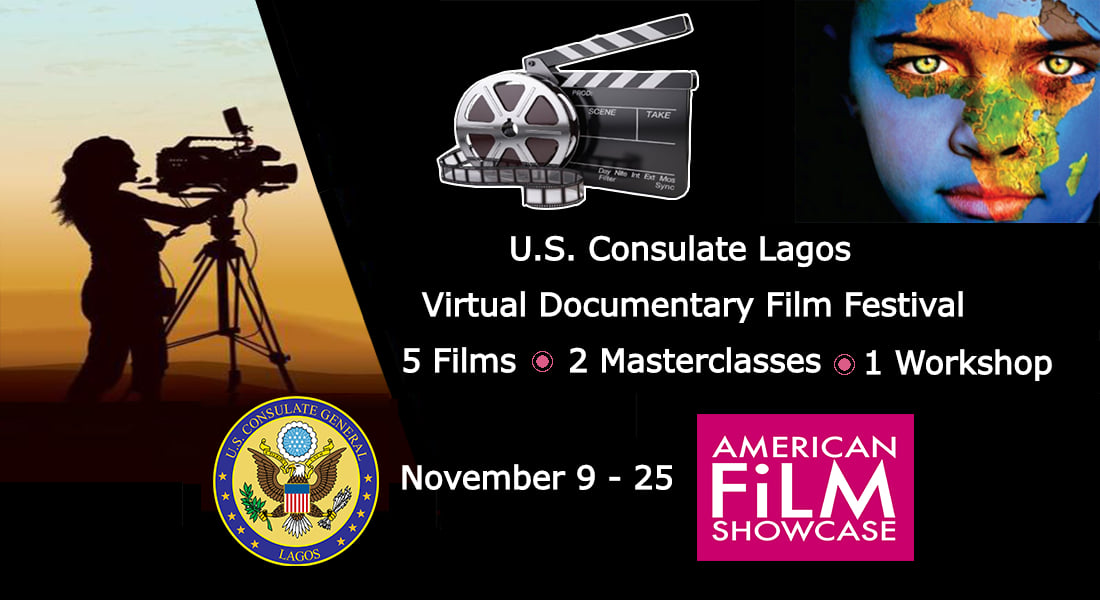 Declaring the film festival open, Ambassador Leonard noted that the U.S. Consulate General Lagos Documentary Film Festival is an expression of the commitment of the U.S. Mission to strengthen the ties that link Nigeria and the United States of America.

“We recognize that we have many common interests and concerns. We are very proud of the U.S. Government’s engagements with Nigerians in areas as diverse as health, education, trade, economic development, security assistance, and the promotion of democratic institutions. You will see exciting and inspirational stories that span entrepreneurship, women’s empowerment, education, community engagement, and STEM.”

“We also engage with the creative community. We especially support that community’s efforts to use the power of film, music, dance, and literature to create dialogue and find solutions to societal challenges,” Ambassador Leonard remarked.

From November 9-25, the virtual festival will highlight five contemporary documentaries from the American Film Showcase, the premier film diplomacy program of the U.S. Department of State, which is produced in partnership with the University of Southern California’s School of Cinematic Arts.

These screenings, offering a contemporary view of American society and culture as seen by independent filmmakers, will be accompanied by panel discussions, workshops and master classes with the filmmakers and Nigerian panelists.

The opening film for the festival was The Empowerment Project, directed by Emmy Award-winning documentary filmmaker, Ms. Sarah Moshman. The documentary spotlights 17 transformational women leaders across a variety of industries and seeks to inspire the next generation of women to pursue their career ambitions.

Following the screening of the documentary, Moshman alongside other panelists, including Nigerian film director and producer, Ms. Tope Oshin, and Executive Director of Women in Management, Business and Public Service (WIMBIZ), Ms. Hansatu Adegbite, shared their impressions about the film as well as their experiences and expertise.