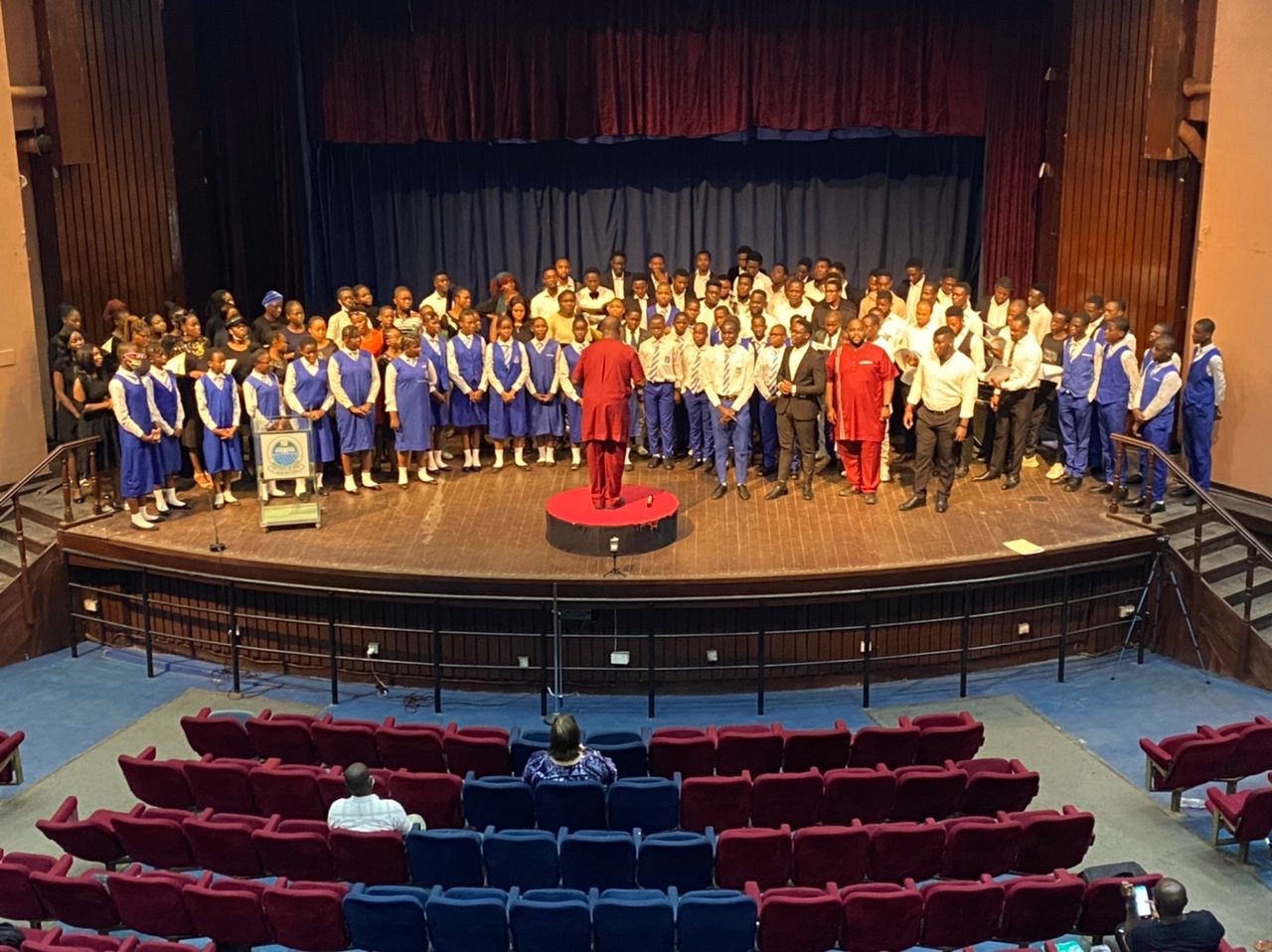 The United States Government is committed to strengthening its bilateral ties with Nigeria through music, arts and film which brings diverse people together and creates space for discussion and exchange.

The Glee Club, which is also celebrating the 50th year anniversary of its first tour in Nigeria performed American songs, particularly African-American spirituals, which have roots in West African music with more than 30 student choral groups across the three states.

In her remarks at the grand finale held at the University of Lagos, U.S. Consul General Claire Pierangelo noted that the music masterclasses and choral performances showcased the U.S. Mission’s strong commitment to strengthening cultural relations between the people of Nigeria and the United States.

She underscored the importance of music as a powerful medium for fostering cooperation, dialogue, and promoting cross-cultural collaboration.

“We recognize that we have many common interests, especially in areas as diverse as music, film and the arts through which we create dialogue and exchange. The role of music in diplomacy cannot be overemphasized, especially with its emphasis on free expression, creativity and collaborative teamwork,” she said.

She added that Nigeria currently ranks highest among African countries and 10th largest country in the world with students in U.S. institutions, and this has continued to expand U.S. and Nigeria’s international partnership, deepening our bilateral ties.

“We are thrilled to see and support this capacity building of emerging music makers. I know that these music masterclasses will enhance our cultural engagement with the people of Nigeria and highlight growing U.S.-Nigeria ties and the vast potential of African-American music to the African continent and beyond,” she said.