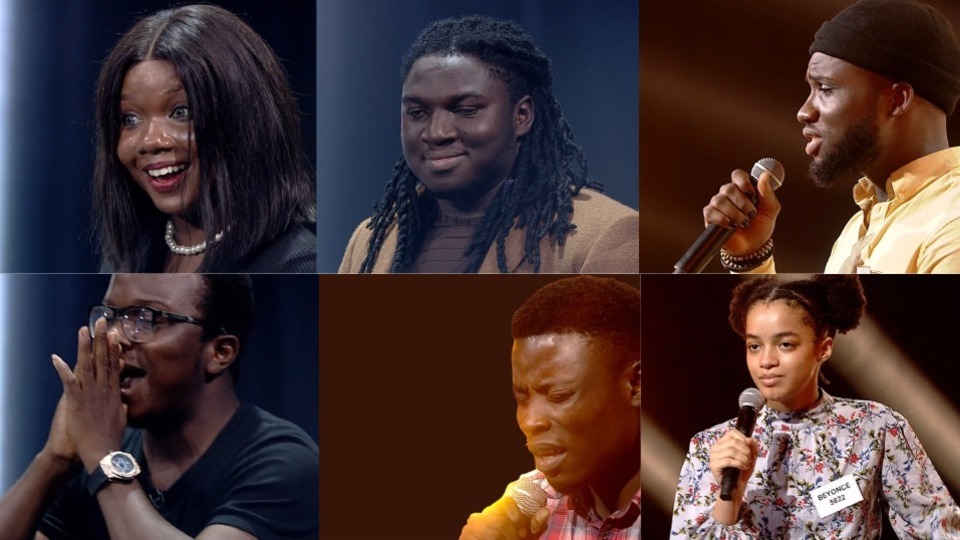 After two weeks of excitement, Theatre Week for Nigerian Idol season 6 came to an end last night and our judges finally selected the 11 contestants who will be battling it out in the finals, as the race to become Nigeria’s next biggest singing sensation heats up. Initially, 68 contestants were selected for Theatre Week, but after a series of tests and performances, only 11 scaled through.

During the second week of Theatre Week, contestants were assessed on the strength of their voice and their overall stage performance. It was the end of the road for many of the contestants, as the judges felt they were either not strong enough to compete or had shown little to no improvement in the past week.

Producer, songwriter and singer, Winning was among those whose journey was cut short.  His personality and charisma had earned him a spot at Theatre Week, but unfortunately, he was unable to wow the judges again. Agbutun Agbalaya had also shown lots of promise, but his last individual performance was not good enough.

However, 16-year-old Comfort Alalade showed great improvement from last week and was rewarded with a spot in the final. The judges were continuously amazed by her voice and performance.

Akunna was also lucky to make it into the finals. Although she lost her voice right before her performance, she still went ahead to give a great performance. Her determination and resilience landed her a spot in the finals alongside Kingdom, Clinton, Beyonce, Faith, Dotun, Francis and Emmanuel.

Continue Reading
Advertisement
You may also like...
Related Topics:Nigerian Idol

#BBNaija Season 6: Another Opportunity for You to Audition
VIDEO: The Voice Nigeria Season 3 – Episode 7 (Knockouts)
Advertisement