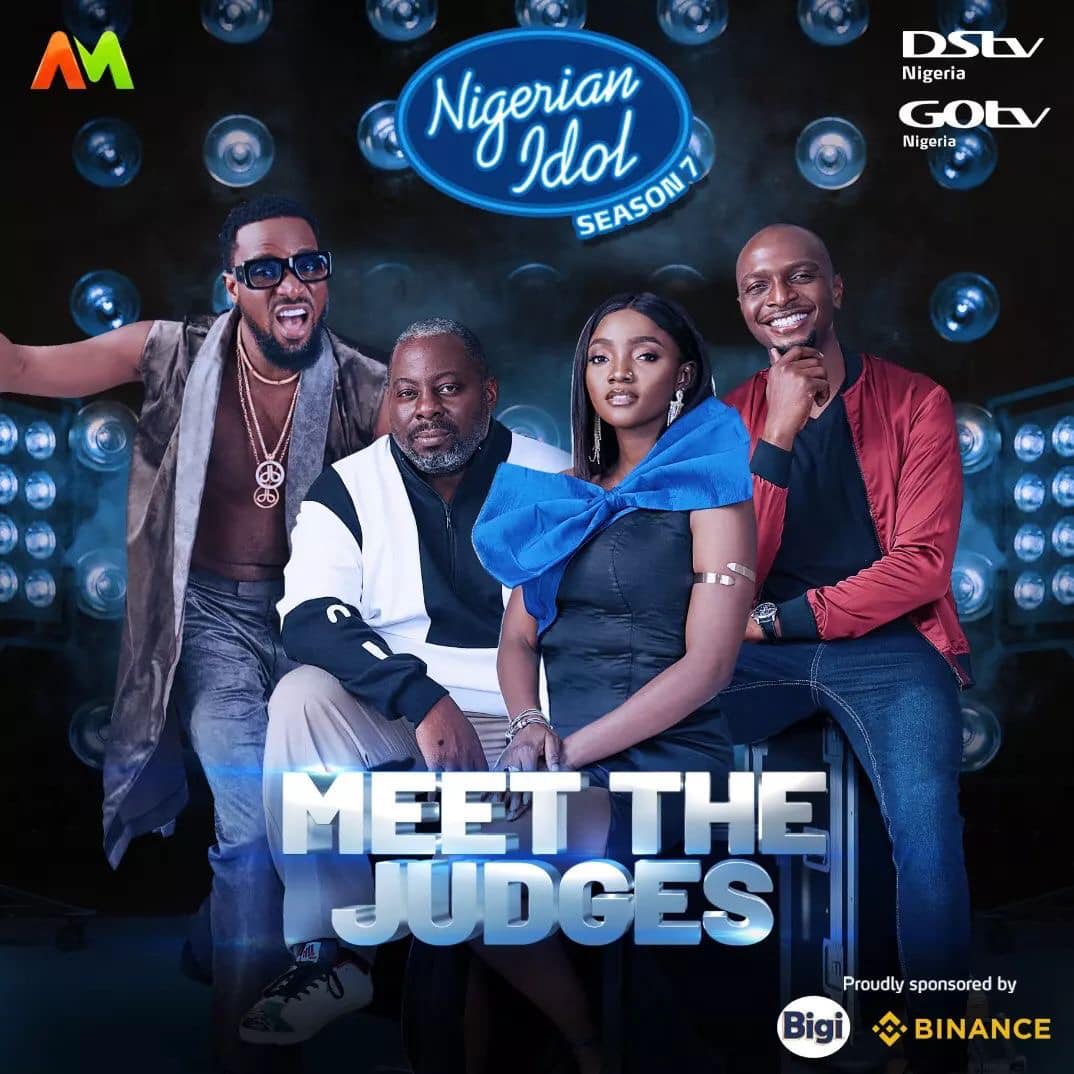 Multiple award-winning entertainer D’banj and superstar singer-songwriter Simi, have been unveiled as brand-new Judges for the seventh season of Nigerian Idol. Leading entertainment company and organisers of the reality TV singing competition MultiChoice Nigeria, made the announcement today as the countdown to the show’s premiere in February 2022 begins.

Popular radio and TV personality, IK Osakioduwa, will be returning as the show’s host for this Season alongside Obi Asika, who makes a comeback as judge.

Speaking on the introduction of new judges for the new Season, Executive Head, Content and West Africa Channels at MultiChoice Nigeria Dr. Busola Tejumola said: “We could not think of a better trio to be the season’s judges than Obi Asika, D’banj and Simi. The three of them combined bring decades worth of experience in the music and entertainment business, as well as individual mastery of their crafts. We have no doubt that they will keep the viewers entertained in what will be a spectacular season!”

D’banj expressed his excitement at being one of the judges this Season saying, “I was out of the country when I found out that I was going to be a judge for this Season of Nigerian Idol and I couldn’t contain my excitement. I’m coming in with my own strategy so viewers should expect a bang.”

On her part, Simi said, “I’ve always loved the idea of being a Judge and I think it will be a fun thing to do. I plan to be very honest and have fun and hopefully gain inspiration from those that come on the show.”

Returning Judge Obi Asika added, “I will be looking for special talent and new faces this year. I’m also excited to work with the rest of the Judges this Season, and I will be very fair and real with every contestant just like I was last year.”

In the sixth Season of Nigerian Idol, Kingdom Kroseide emerged winner after an intense musical contest involving over 3000 hopefuls from across the country, and over 16 million Votes recorded at the Finale. Following the completion of the online and physical Auditions last November, the countdown is officially on for the seventh Season of the show, which premieres February 2022 on DStv and GOtv.