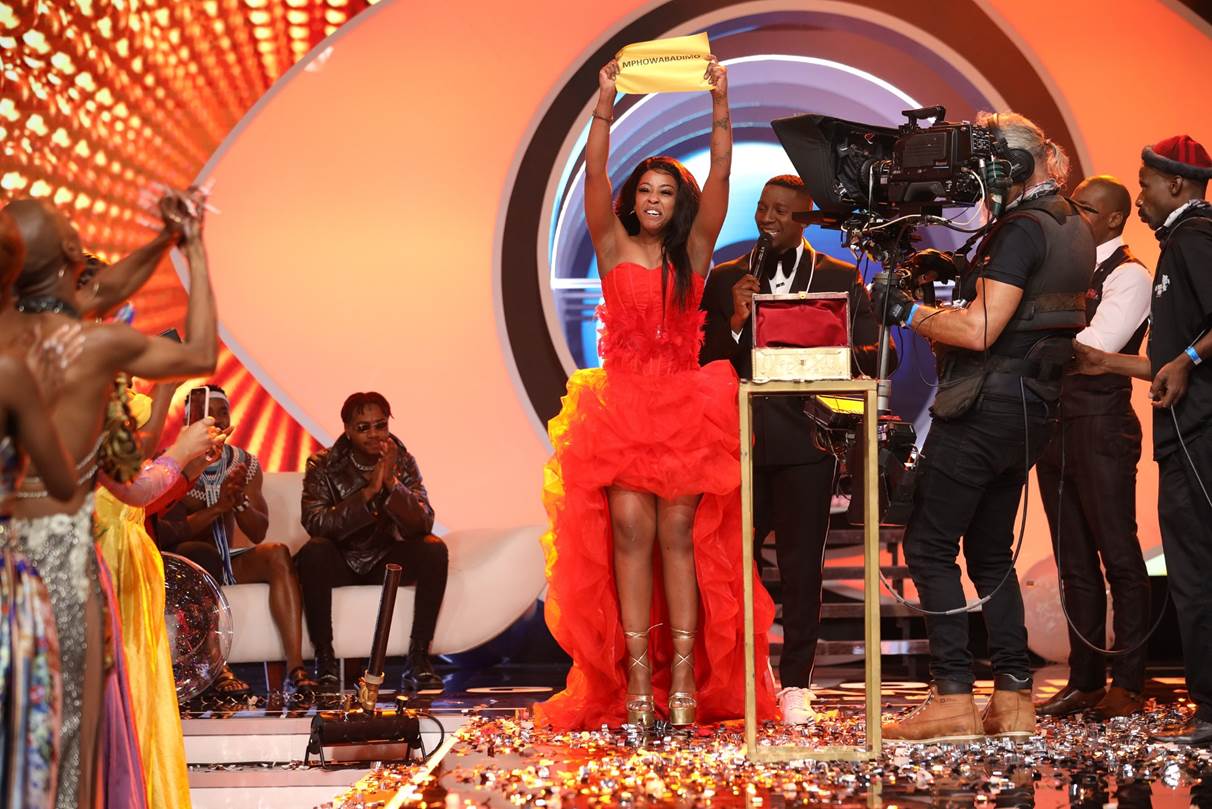 It’s taken us 10 weeks, but we can finally say that we have a Big Brother Mzansi winner! Mphowabadimo will be taking home the R2 million!

It was always going to be a tense show. Ten weeks of gameplay makes for an exciting finish, and the Finale of Big Brother Mzansi was no different. The show kicked off with an awesome performance by Mi Casa – who always does an excellent job of setting the mood. We were then treated to the former Housemates making their way onto the stage, and it was a visual reminder of how much has happened this season, and how many people were originally in that House.

It was then – unfortunately – time to get to the business end of the evening, which was to whittle down the remaining Housemates until we could end up with our season’s winner. The first to hear that his time on BBMzansi had come to an end was Tulz. We’ve written quite a bit on how he’s managed to navigate his way to the Finale, and Tulz obviously knows, too: as he walked out the House, he could be heard shouting, “never Nominated!” Which is true. This is the first week that voters ever decided his fate. The second Housemate to walk out of the House tonight was Libo, who took the news pretty well – with a massive smile on his face! When asked about his friendship with Themba, Libo told Lawrence that “he’s a good brother”, and that there was no hint of strategy to their closeness.

We should also mention that tonight featured numerous crossings to Rockets in Bryanston, where Lerato Kganyago was holding it down as host for the viewing party, speaking to the family members of some of the Finalists as well as the show’s biggest fans. They’re a noisy bunch.

After we were treated to another musical number – this time by QMark and TpZee – we discovered the identity of the show’s third place finalist: Themba. There is no doubt that Themba played a very good game. He navigated the intrigues of the House, he peaked at the perfect moment – winning the Ultimate Veto Power – and he has been popular outside the House from the jump. He was clearly disappointed by not making it to the top spot but – as he told Lawrence – it is what it is.

After a performance by Zakes Bantwini and Kayendrasoul, the moment we had all been waiting for finally arrived. Gash1 and Mphowabadimo took their leave from the House, and walked out onto stage for there final interviews with Lawrence. When the time finally came, it just … kept coming. Let’s just say that Lawrence decided that he would draw out their pain for a little while longer. Then – the box was opened, and the winner revealed. For the first time, a woman has one Big Brother Mzansi, and Mphowabadimo was certainly elated. Then – just like that – the show (and the season) was over. Now we wait. And wait.

How to VOTE for your favourite AMVCA 8 Nominees
MTV Video Music Awards (VMAs) to air LIVE and around the globe in more than 170 countries on Sunday, August 28th
Advertisement