Preparations are in full swing in the lead up to Barack Obama’s second term inauguration ceremony. In recognition of his new term, DStv audiences will see diverse coverage of his inauguration taking place in Washington on Monday 21 January.

DStv audiences have the opportunity to watch the inauguration ceremony and related festivities on news platforms; BBC World News, CNN, Sky News, CNBC Africa, Bloomberg and Euro News. Amongst others, commentary and analysis from channels is set include reviews of the highly contested US Presidential debates that took place between Barack Obama and Republican presidential nominee Mitt Romney, which led to Barack Obama subsequently winning the elections. 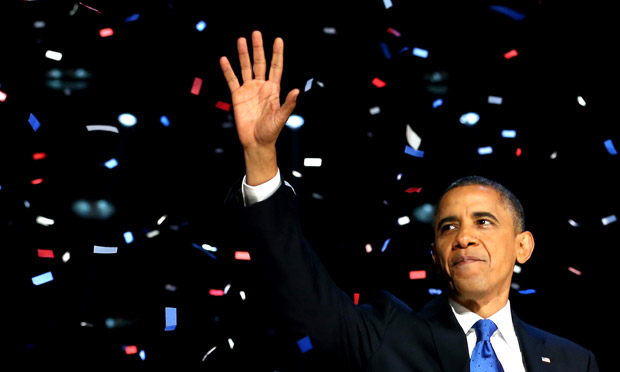 With the support of his wife, Michelle and daughters, Malia and Sasha by his side, President Obama’s oath will be administered by Chief Justice John Roberts and Supreme Court Justice Sonia Sotomayor will administer the oath to Vice President, Joe Biden. The oath ceremony will be screened live on Monday 21 January from 5:30pm WAT on Euro News. Washington correspondent, Stefan Grobe, will be reporting live from the ceremony in-between the official speeches.

Coverage will also include news from the planned inauguration festivities such as the Inaugural Parade taking place at Pennsylvania Avenue, Washington and numerous inaugural balls and galas honouring the President.

Tune into DStv for a front row experience of this auspicious ceremony as one of the most powerful political leaders in the world takes his oath into office.

Nigerian Idol Season 3: 1st Group of 10 Result Show – Safeeyat, Vicci & Debie-Rise qualify to the next round
DStv is celebrating the awards season!
Advertisement

VIDEO: Behind The Scenes at George Gambino’s “Percocets and Activis” Music Shoot