It may be Comedy Week but the Big Brother game was no joke and Biggie had to go on with the business of the day. Gathered around the living room housemates learned their fate as Biggie announced the lucky list of nominees who would be up for eviction come Sunday.

Nhlanhla and Trezagah were new to this part of the game with Nhlanhla only having been nominated only once upon a time. Permithias and Ellah however, were becoming old dogs whose grace last week seemed decidedly short lived.

We can’t tell if it had to do with their strengths or weaknesses. Were they a threat or were they a nuisance? Was Permithias’ singinglosing its novelty or had Ellah’s close friendship with evicted housemates Kacey Moore cost her another week?

But the real question was Idris adding Butterphly. When Biggie called him up to make his “add” Butterphly was the last name we expected to hear coming out of his mouth. As he played a makeshift game of tennis with her it became harder to decipher any reasons he chose her, or was he doing it out of guilt? If only the carefree Butterphly knew. 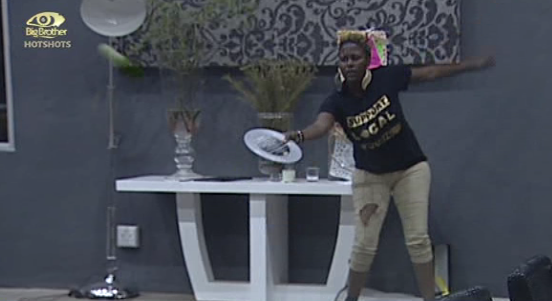