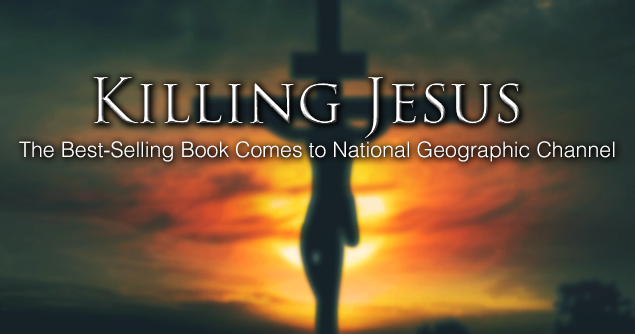 National Geographic Channel (DStv 181) will show the new film, Killing Jesus, based on the book by Bill O’Reilly and Martin Dugard in the United States as well as 171 countries.

National Geographic Channel isn’t providing a specific date for when the “three-hour television event” will be shown in Africa and globally, and which is a retelling of the “behind-the-scenes life and death of Jesus”.

Killing Jesus is the third collaboration between the National Geographic Channel, Scott Free and Bill O’Reilly whose first two projects together, Killing Kennedy and Killing Lincoln, were nominated for Emmys.

Scott Free Productions filmed Killing Jesus in the Moroccan desert with a crew of 250 and more than 4 500 extras, with 93 speaking roles.

Killing Jesus is a historical and dramatic reflection of Jesus’ message and preachings which led to his persecution and execution by conspirators who saw him as a threat to their power, placing familiar Biblical characters under a new lens to give them layers of meaning rarely explored before.

Kelsey Grammer plays King Herod, the Roman king of Judea who tried to kill Jesus at his birth, and Stephen Moyer as Pontius Pilate, the Roman governor who ordered Jesus’ crucifixtion.