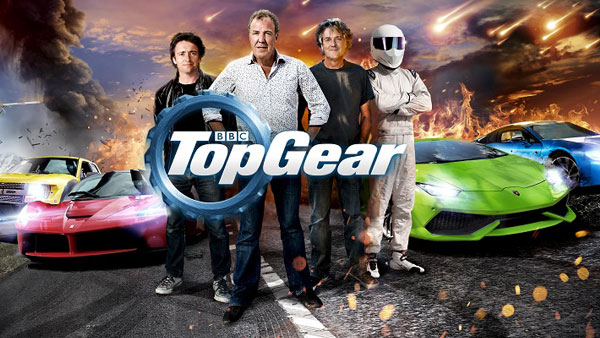 Brace yourself for high-octane escapades with the team as Season 22 of Top Gear brings you all the action only a few minutes after the episodes air in the UK.

Exclusive to BBC Entertainment, the new extended season of Top Gear will see Jeremy Clarkson, Richard Hammond and James May in top form. Amongst other adventures, the trio attempt to reinvent the ambulance, investigate the strange world of classic car ownership, take part in a nail-biting race across St Petersburg and set off on an epic road trip through the wilds of Australia.

Also in this series, Clarkson and May look at the highs and lows of one of France’s biggest car makers, Hammond pays a dramatic tribute to the dying days of the Land Rover Defender and Clarkson makes up his mind about the BMW i8 hybrid on a trip to buy some fish & chips.

Meanwhile, out on the test track there’s a scorching line-up of fast cars including the Lamborghini Huracan, the Mercedes AMG GT, the Jaguar F-type R, the Chevrolet Corvette Stingray and the Porsche Cayman GTS.

And as if that wasn’t enough, the series starts with a sensational special in which the presenters pay tribute to the V8 engine with an epic and arduous trip to the very tip of South America.