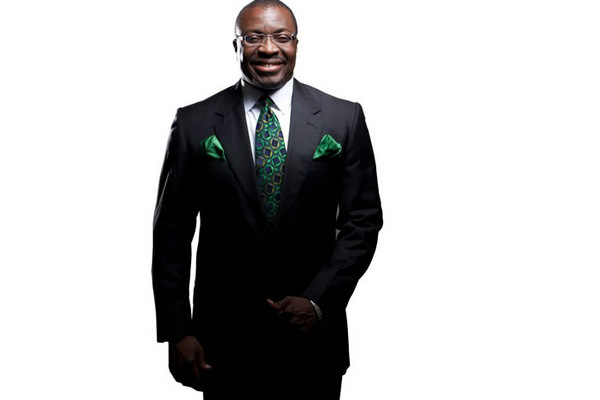 CNN International’s African Voices celebrates the continent’s accomplished individuals, sharing their success stories and inspiring millions of people within and outside the continent on a weekly basis.

‘Alibaba’ is the brand name of the witty and highly successful Nigerian comic, Atunyota Alleluya Akporobomerere, generally credited with professionalizing the art of telling jokes in the country.

On the programme, Alibaba will be speaking on his career, especially how he has managed to put a stamp of respectability on the business of ‘making people laugh’, a feat that has led him to be generally regarded as the God Father of Nigerian Comedy.

Viewers will also get a rare view of his residence and be introduced to a section of it he calls “the jokes factory,” where he gobbles up materials that fire up his imagination, such as Readers Digest magazines and Shakespeare works.

Born in Warri, Delta State, on June 24th 1965, Alibaba bagged a degree from the then Bendel State University, Ekpoma in 1990.

He relocated to Lagos, having discovered his comic talent in his third year in the university. He soon started landing corporate gigs and frequently appeared on television shows.

His deft handling of the corporate jobs he got ensured that more corporate clients kept coming to him and in no time, he carved a niche for himself as a comedian for both corporate and non-corporate events. It was little wonder he became the most sought after event compere in Nigeria.

Alibaba has remained in the profession, doing what he loves doing best for the past 22 years. According to him, one of the things that give him the most satisfaction is that Nigerians have come to accept comedy as a respectable profession. He says he is a fulfilled man, but has no plan of slowing down.