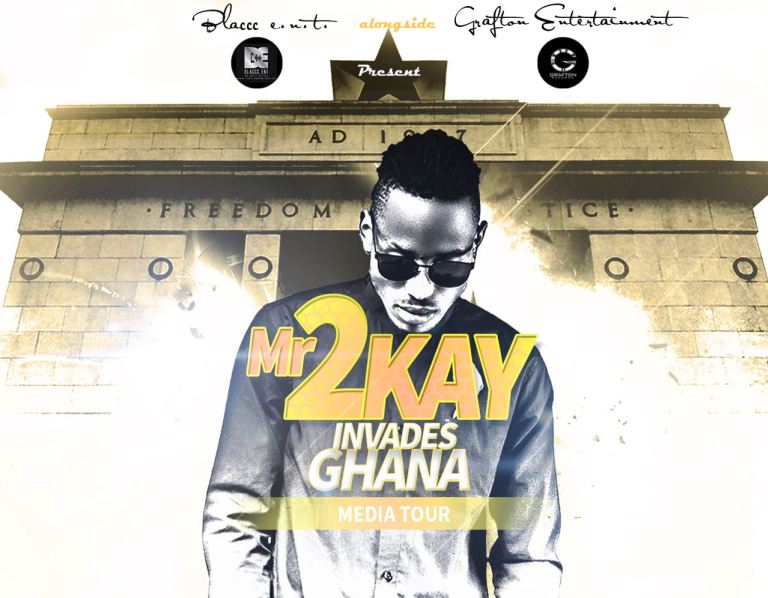 Mr 2Kay released his first official album ”Waterside Boy” in 2012 but really didn’t make a major waves, though singles like the album track Waterside Boy, Run This Town, Kosi Were and Obimo were on the streets; they didn’t really cut beyond the Nigerian market till singles that followed came. The song ‘Bad Girl Special (BGS)’ was a major hit even the remix which featured Seyi Shay and Cynthia Morgan pushed more further and won him the Best collabo of the year, NEA 2015. He has also won other awards including – Artist of the year 2015 – Niger Delta AdvancementAwards, Song of the year 2015 – Niger Delta Advancement Awards, The Next Rated artist of PNA 2014, amongst other notable awards.

Mr 2Kay also got reviewed by mainstream UK Press the Daily Mirror giving him 4 stars for his UK released single ‘Bubugaga’. (Daily Mirror, 17th Jan, 2014). His ‘Bubugaga’ track has projected him towards the highest heights of Afro-Pop in the United Kingdom and more is expected from him in the UK.

In 2016, Mr 2Kay again released a 9 song EP titled ”Count It All Joy” which got single like – Bad Girl Special (Remix) featuring Seyi Shay & Cynthia Morgan, Count It All Joy, Moniegram featuring Timaya, Who No Like Better Thing featuring The Jonsers, Wombolombo and In The Morning which are still on constant rotation on air in Nigeria.

After having conquered major circles of the Nigerian music industry, Mr 2Kay saw it a great move to come to Ghana and be closer to his Ghanaian fanatics as well as to appreciate them for their support over the years because he believes there are a number of them out here. For that reason, he has put up a media tour (Radio and TV) slated for 30th November to 4th December where he wants to use as a medium to reach-out to the fans and get conversant with industry players in Ghana. Also in this schedules include a Meet & Greet session; where he will have a one-on-one with the fans and major artistes in the Ghanaian entertainment scene.

His current single ‘In The Morning’ featuring Doray is currently in most major charts in Nigeria.
For more info: info@graftonentertainment.com or blacccentsquad@gmail.com. Call: +233268588304 (Ghana Road Manager & PRO).