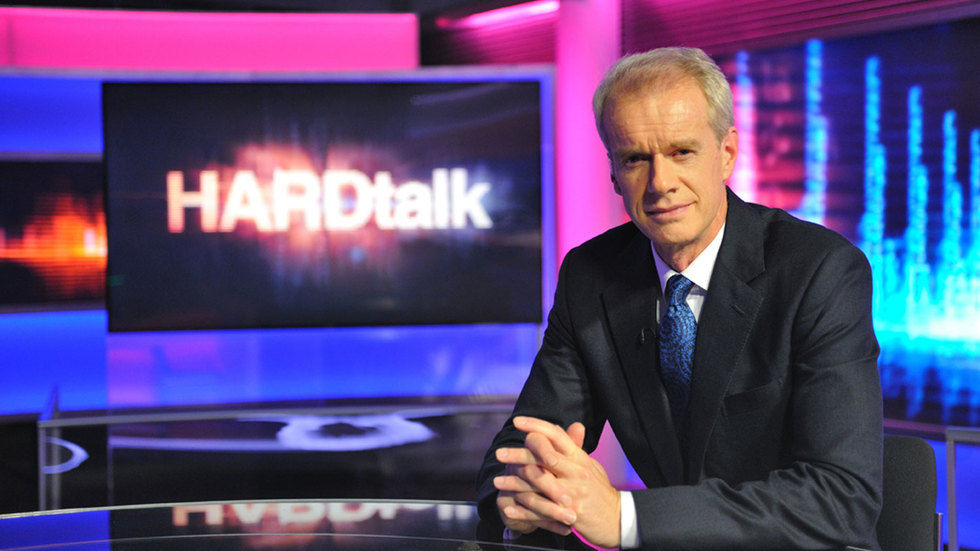 BBC World News’ legendary interview show HARDtalk will be marking 20 years of asking the questions that matter with a raft of dedicated content, it has been announced.

The cornerstone of a week of programming will be a special edition of the half-hour programme as presenter Stephen Sackur interviews legendary actor Sir Ian McKellen in front of an audience in the BBC’s historic Radio Theatre in London (recording Monday 3 April for broadcast on Tuesday 4 April).

Since then there have been more than 4 500 guests willing to sit in the HARDtalk hot seat, from international political leaders to entertainers; from corporate decision-makers to ordinary individuals facing huge challenges or finding themselves on the news agenda.

With up to four shows a week, the team, based in the BBC’s New Broadcasting House in London, strive to find interesting voices as well as holding those in power to account. And the list of past guests is both impressive and extensive, covering all corners of the globe. Nelson Mandela, Donald Trump, Nina Simone, Angelina Jolie, Benazir Bhutto and Robert Mugabe have all appeared.

The main presenter of HARDtalk is Stephen Sackur, one of the BBC’s most respected journalists. Before joining the programme in 2006, he worked as a BBC correspondent in the Middle East, America and Brussels. Other presenters include renowned presenters Zeinab Badawi and Sarah Montague.

Commenting on the secret of HARDtalk’s longevity and popularity Editor Carey Clark said:

“We always have our viewers in mind. They expect us to ask the difficult questions and we don’t shy away from that. In a world that is increasingly coloured by misinformation and conjecture this is a show that holds those in power to account and gets to the heart of the matter.”

Presenter Stephen Sackur added: “HARDtalk is a unique interview show and I think people see taking part as a badge of honour. Where else do you get half an hour of one-on-one serious, in-depth Q and A to make your case? And it’s not about sound bites or political posturing, nor is it a platform for celebs to plug their latest book. It’s intelligent talk. Most guests know and understand that, and it’s when guests are up for it that HARDtalkworks well.”

Alongside the Sir Ian McKellen edition, BBC World News and BBC.com is showcasing a raft of content from 3 April. It will include two special programmes asking current and former presenters what HARDtalk has meant to them, looking back at the highs and lows, and asking what the changing media landscape means for news media in the future. Plus in the coming months the HARDtalk team will delve into the programme’s extensive archive and showcase the best interviews from the past two decades, as well as content on BBC.com and social media.

HARDtalk is broadcast on BBC World News, the BBC’s commercial international TV news channel, weekdays at 03:30, 08:30, 14:30 and 19:30 GMT and also on BBC World Service Radio. For more on HARDtalk and to see clips of previous guests visit bbc.com/hardtalk