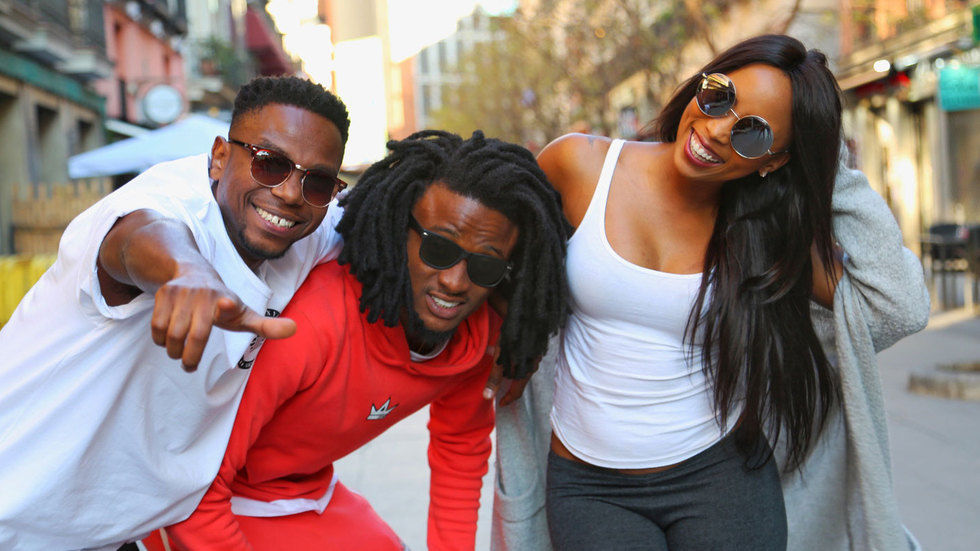 It’s time to check out Africa’s most hilarious and crazy internet videos as the second season of insane antics starts on Ridiculousness Africa on 8 June (MTV, channel 130).
An immediate hit, Ridiculousness Africa debuted in July 2016 and had audiences cracking up (and cringing). The show features some of the funniest videos that the internet has to offer along with commentary from award-winning actor, comedian and TV host Thomas Gumede and a revolving-door panel of top notch African talent.

Gumede will be joined by co-hosts and co-conspirators: actress and singer Denise Zimba and happy-go-lucky MTV Base video jockey and Nigerian on-screen personality Ehizojia “Ehiz” Okoeguale. Shooting starts on Monday 20 March in Spain.

Returning as the host of the second season is very exciting for Gumede, “It’s going to be better and even funnier than before. There’s a great team on air and behind the scenes, and going back to film in Spain and speaking Spanish to all the lovely ladies, definitely the cherry on the top.”

Vice President BET, Youth & Music for VIMN Africa, Monde Twala says: “Hold tight for another series of Internet comedy and catastrophes! We are delighted that Denise and Ehiz will be joining Thomas and bringing their larger-than-life personalities to the show – it’s going to be more fun than ever before!”

Says an excited Zimba: “I’ve always been fan of the show; it’s hilarious so I’m excited to be joining Thomas and Ehiz and to be doing my thing! I’m a perfect fit – the show is fun and colourful, a bunch of laughs with high energy. I’m going to be bringing all of me onto set. Everyone knows I’m crazy and loud and I’m gonna bring vibrant commentary. I just hope I can contain myself…”

Ehiz is also delighted to be on board: “I’m super excited about joining the team, I’ve been waiting a long time for this. Shout out to the MTV team for the hook up. I intend on bringing that DADABOY spice into it. So when I say I’m excited that’s just an understatement. It’s time to get ridiculous!”

Adds Twala, “There’s no holding back this season; each episode will feature new segments wth ridiculous African videos from all over the continent, including a big bang All Africa episode for Die-Hard fans.”